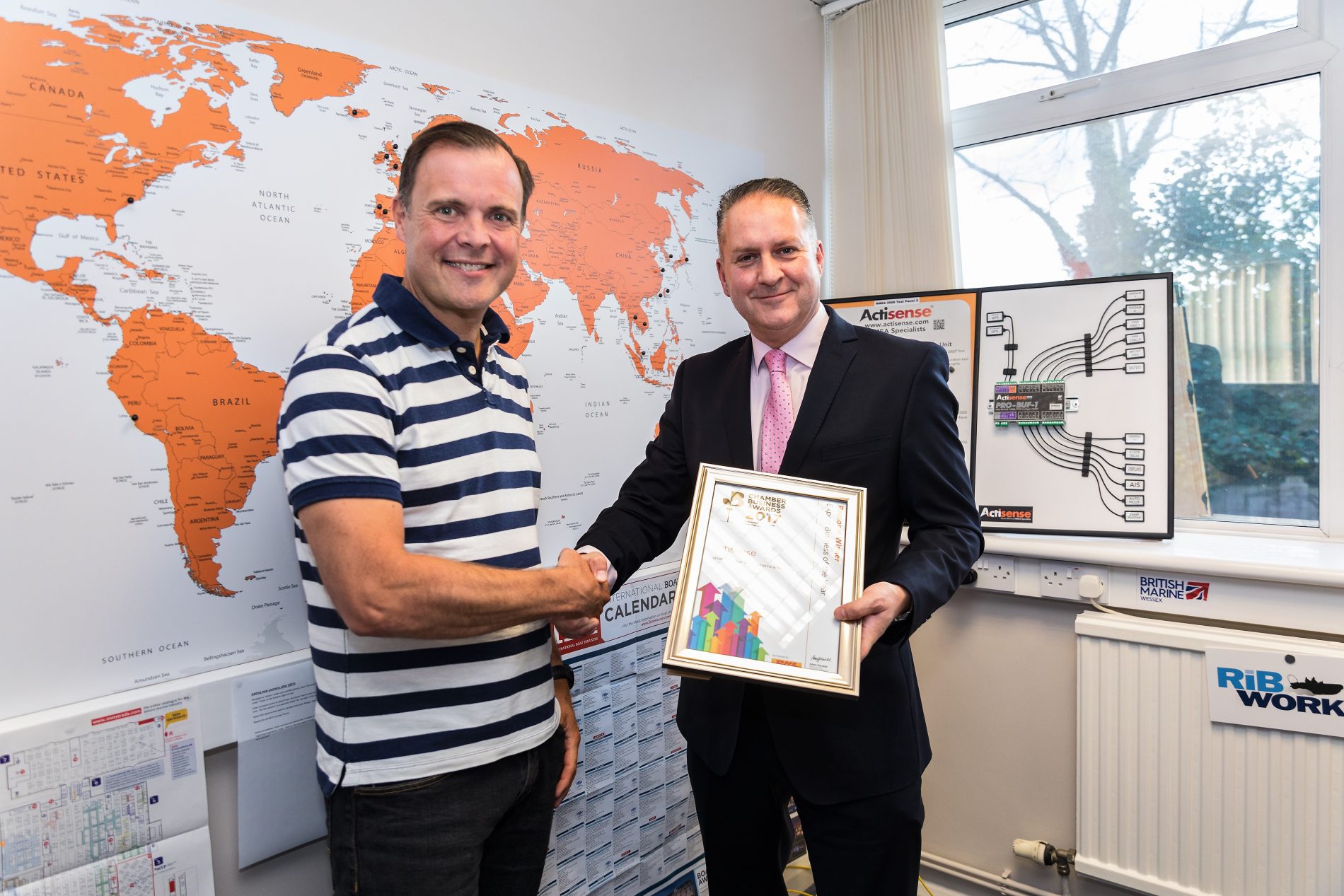 Adding to their enviable worldwide reputation as specialist marine electronics exporters, Actisense in Poole have won a regional British Chamber Award. Selected from hundreds of entries across nine business categories, Actisense has been recognised as Regional Export Business of the Year in Dorset, the region represented by Dorset Chamber of Commerce and Industry.

Recognising and rewarding excellence in British business across the UK’s 52 accredited Chambers of Commerce, the Chamber Business Awards are one of the most contested award programmes in the country. The awards have highlighted the immense export growth of the Dorset-based company, Actisense, over the last 20 years. Originally a small one-bedroom operation, Actisense was founded by Phil Whitehurst in 1997. Now situated within an 8000-square ft. commercial facility, their advanced marine electronic products are exported to over 70 distributors in 40 countries. These stretch as far afield as the US, New Zealand, Iceland, China and now all of mainland Europe.

Winner of the Export Business of the Year Award in their region, Actisense will now go on to the finals for the national title in their category. They will also be in the running for the National Business of the Year award. Winners will be announced at a glamourous gala awards dinner on Thursday 30th November in London.

Ian Girling, Chief Executive of the Dorset Chamber of Trade and Industry, said:

“An excellent business success story, Actisense perfectly encapsulate Dorset’s thriving international export industry. We are now pleased to see them go forward to represent our county at the national level.”

“It is an absolute honour to receive the regional Export of the Year Award from the British Chamber of Commerce. Manufacturing sophisticated and reliable marine electronics products, we’ve rapidly grown our exporting potential around the world. I am now extremely proud to have had these achievements recognised and I am looking forward to finding out the national award results in November.”

For more information or to find out more, please visit: www.actisense.com