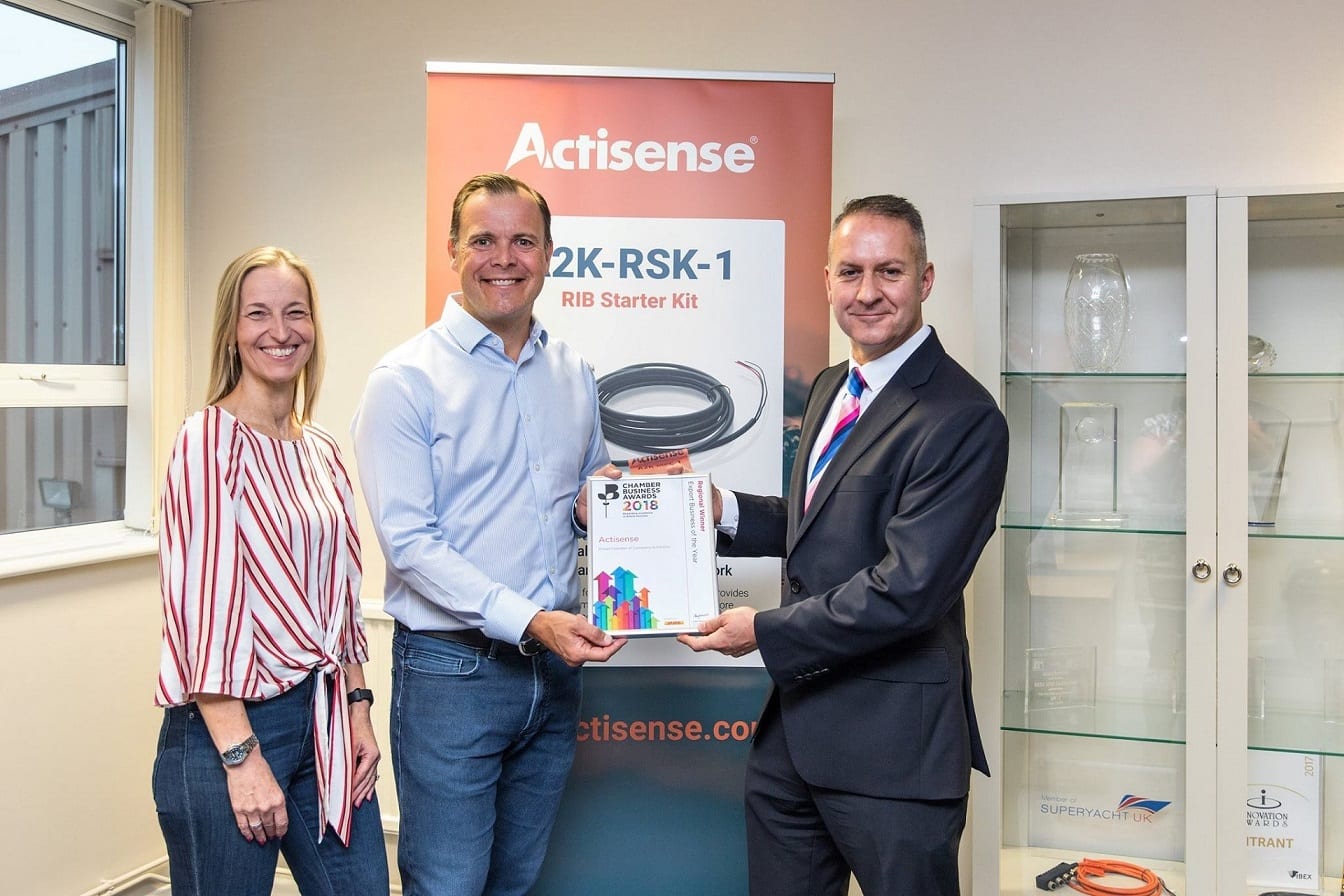 Actisense, the multi-award winning NMEA specialists, has won the regional Small Business and Export Business of the Year awards at the prestigious British Chamber Awards.

Recognising the company’s enviable reputation as a specialist worldwide marine electronics exporter and rapidly growingly small business, Actisense in Poole has won two regional British Chamber Awards. Selected from hundreds of entries across nine business categories, Actisense has received both the Regional Small Business and Export Business of the Year Award for Dorset, represented by Dorset Chamber of Commerce and Industry. This also marks the second consecutive year that Actisense has been awarded as Export Business of the Year in Dorset.

Originally a small one-bedroom operation, Actisense was founded by marine electronics expert Phil Whitehurst in 1997. Situated within an 8000-square ft. commercial facility, their range of sophisticated products is now exported to over 70 distributors in 45 countries. These stretch from Iceland to New Zealand, Canada to Korea and all of mainland Europe.

Rewarding excellence in British business across the UK’s 52 accredited Chambers of Commerce, the Chamber Business Awards are one of the most contested award programmes in the country. The awards have commended the significant business and export growth of the Dorset-based company, Actisense, over the last 20 years.

“We’re thrilled to once again receive recognition in the regional British Chamber awards, having won Exporter of the Year back in 2017. Since then we have broken into new markets around the world, introduced new state of the art products and diversified into new sectors. Representing Dorset’s fantastic array of small businesses and exporters, we are now pleased to be going forward for the national finals.”

Ian Girling, Chief Executive of the Dorset Chamber of Commerce and Industry, said:

“I congratulate Actisense for this amazing achievement. Their global success is a great example to other dynamic businesses in our region and I am pleased to say that they will now go on to represent Dorset nationally. Good luck!’’

For more information or to find out more, please visit: www.actisense.com