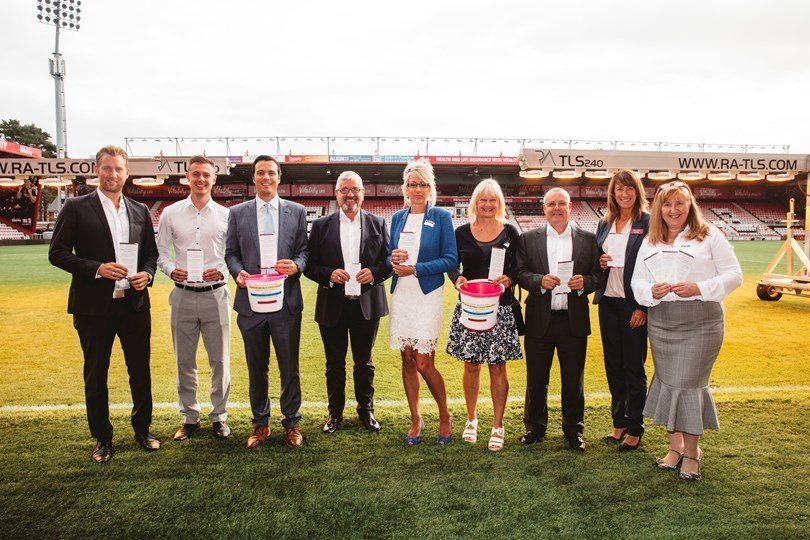 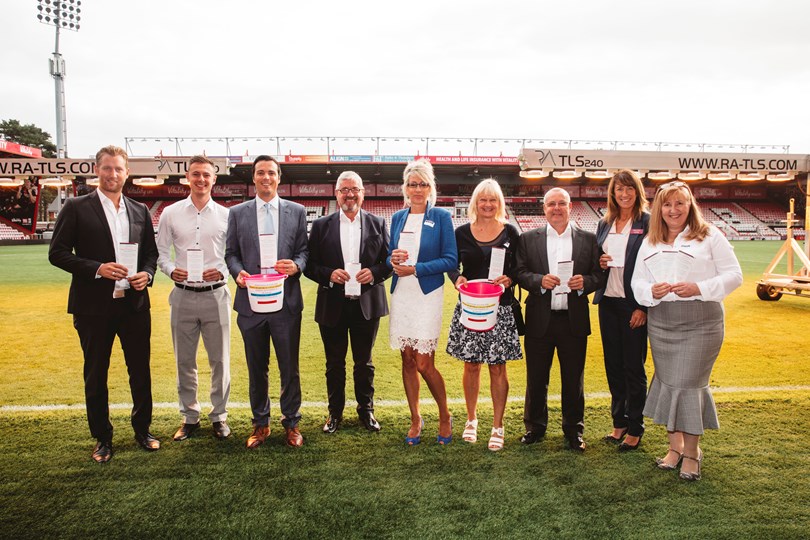 NINE AFC Business members have raised more than £3000 for local cancer patients by getting on their bikes.
The cyclists, led by AFC Bournemouth Commercial Director Rob Mitchell, cycled a total of 450 miles in the Heartbeat Cycle Ride 2017 to raise funds for Dorset Cancer Care Foundation (DCCF).
Rob explained: “It’s one of the toughest things I’ve ever done, but one of the most rewarding too.
“Riding 70 or 40 miles is no mean feat and I’m so grateful to all the other riders from the local business community who got on their bikes to join me.
“We set out to raise £2500 for the Dorset Cancer Care Foundation, but we are already at £3162 and the money is still coming in.”
Rob and his team joined a host of other riders in the annual Heartbeat Ride which is organised by the Wessex Heartbeat charity and traces a route across the picturesque Test Valley, from Romsey through to Winchester and Salisbury and back to Romsey.
Rob, along with Richard Osborne of Hill Osborne Chartered Accountants and Ally Case of Travel Counsellors, tackled the 70-mile route. While their team mates Dan Buckley of AFC Bournemouth, Peter Hann of Techclean Services Wessex, Sharon Cummings from Hays Recruitment, Stephen Goulter of Portmore Life and Stuart and Susan Green of Sue Green Property Letting completed the 40-mile route.
Rob said: “The ride was impeccably well organised and took in some lovely scenery and although the weather was quite changeable, we were pretty lucky with the rain.
“There was a lot of encouragement amongst our own riders and from others on the ride and I think we all felt a massive sense of achievement when we completed it.”
AFC Bournemouth has been supporting Dorset Cancer Care Foundation (DCCF) all year.
The charity, based in Poole, offers financial help to cancer patients across the county, giving grants to pay for everything from household bills and mortgage payments to much needed short breaks.
The Wessex Heartbeat charity, which organises the bike ride, supports the work of the acclaimed Wessex Cardiac Centre at Southampton General Hospital.
Wessex Heartbeat has recently partnered with DCCF and agreed for all the money raised by the AFC Business riders to be split equally between the two charities.
DCCF trustee Anne Rowland said: “We want to say a massive thank you to Rob and his fellow riders for their incredible efforts on our behalf. They should be extremely proud of themselves.
“The money they raise will provide a financial lifeline for many local cancer patients.”
Money can still be donated to the team via: https://www.justgiving.com/fundraising/afcbusinesscycle
Picture captions:
Winning team – The nine-strong team before their mammoth ride
Finish Line – Rob Mitchell, Ally Case and Richard Osborne at the finish line.