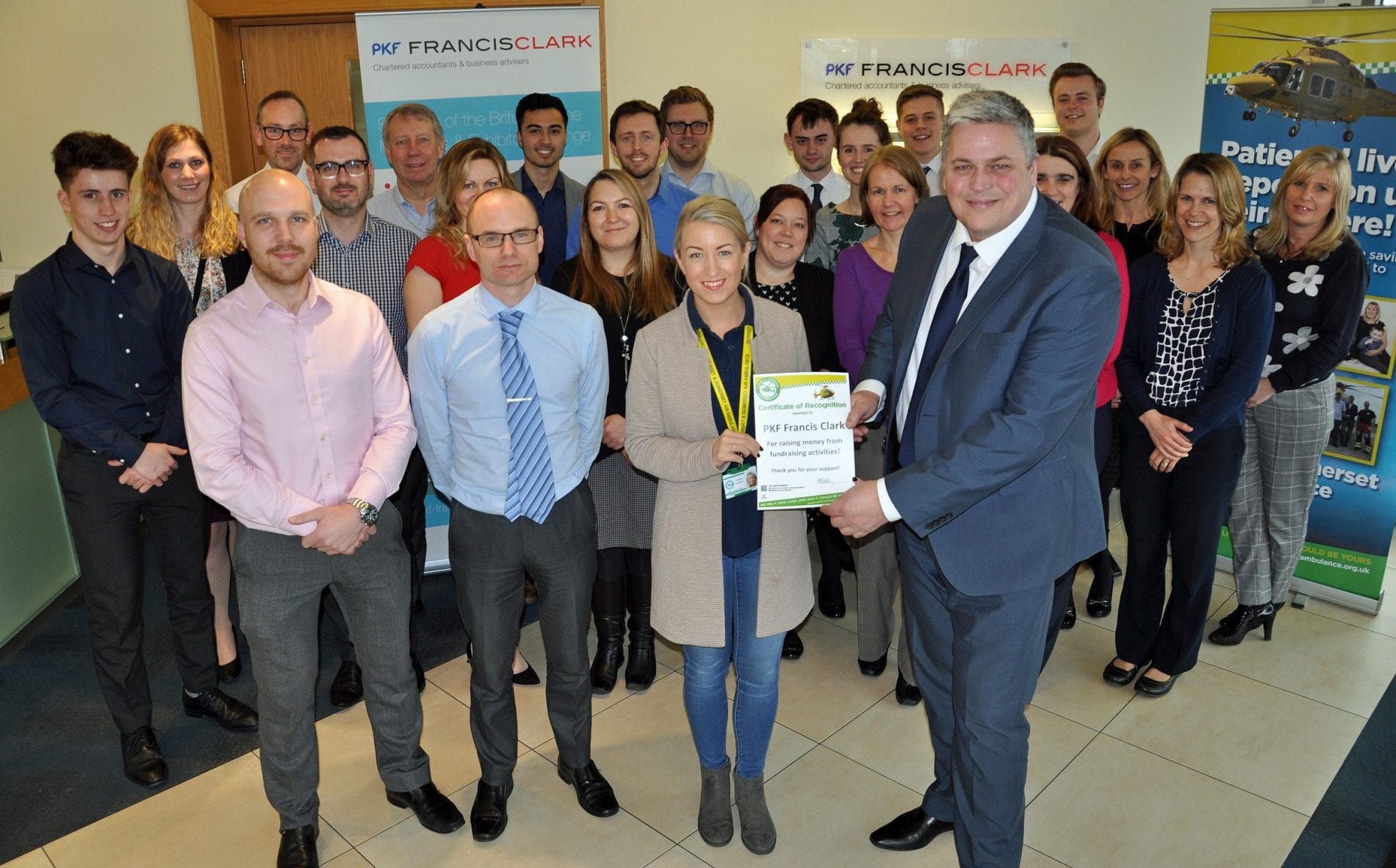 A Poole accountancy firm has been thanked for its ‘fantastic support’ after raising more than £6,000 for Dorset and Somerset Air Ambulance (DSAA).

PKF Francis Clark’s Poole office was presented with a certificate of recognition marking its achievement over the last two years.

The bulk of the money – £3,891 – was raised by Adrian Way, Chris Potts and Josh Mudge from the office’s audit team who took part in Weymouth’s Ironman Challenge.

Leanne Colverson, DSSA’s Fundraising Coordinator said: “PKF Francis Clark raised a total of £6,076 which is a fantastic sum of money.

“We’re really grateful for all their efforts. It’s thanks to companies like PKF Francis Clark, as well as so many generous individuals, that we’re able to provide our air ambulance service to the people of Dorset and Somerset.”

The certificate of recognition was presented to PKF Francis Clark Partner James Robinson.

He said: “A lot of blood, sweat but, thankfully, not many tears were involved in what’s been a great team effort.

“DSAA do an amazing job and we’re very pleased to play our own small part in the charity’s continuing work.”

Dorset and Somerset Air Ambulance receives no direct funding from the Government or the National Lottery, relying on the generosity of the public for support.

Operational costs are more than £2.5 million annually with each mission costing approximately £3,000.