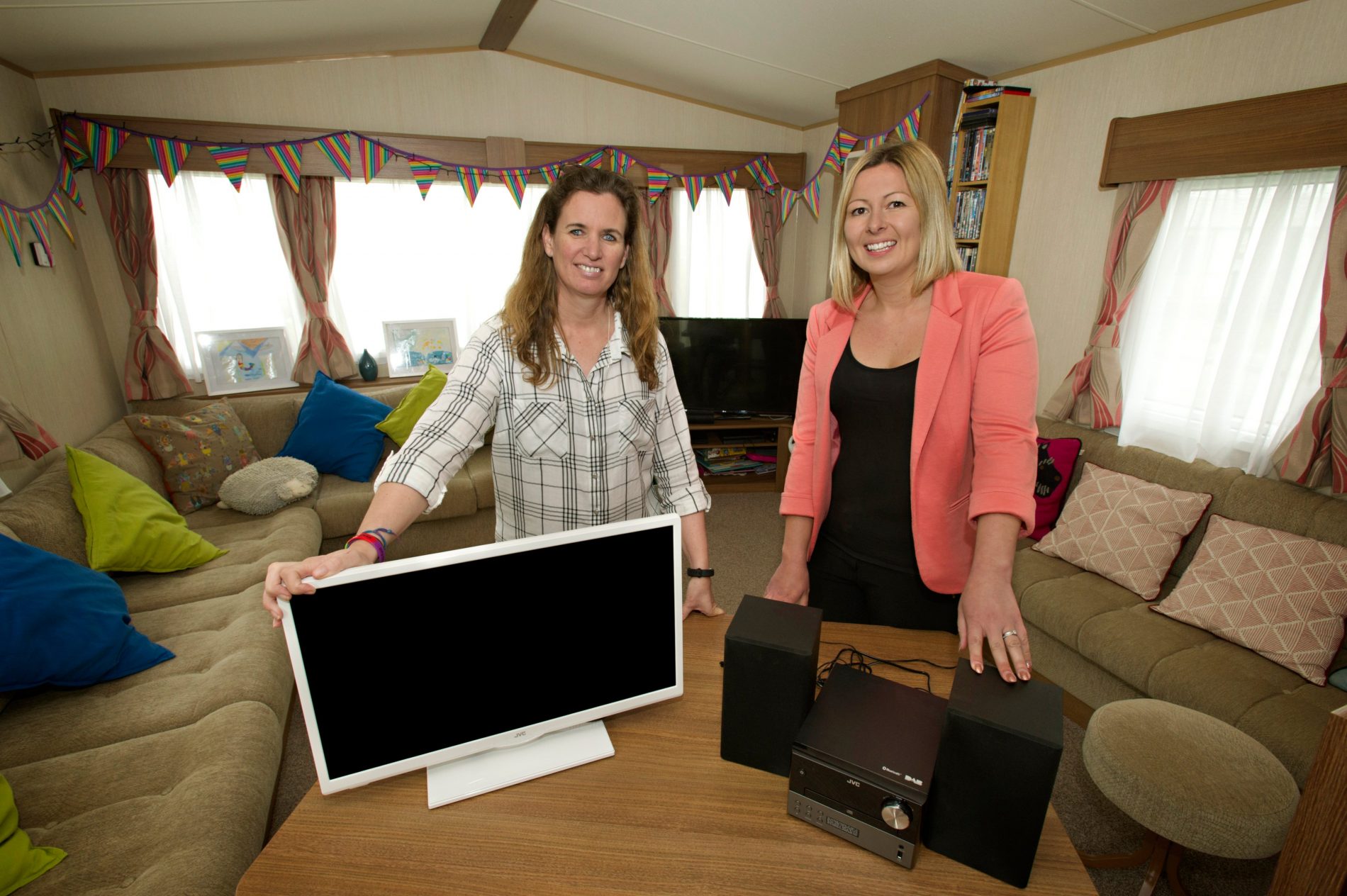 Amelia’s Rainbow Charity has a holiday home retreat at Hoburne Naish which is a holiday park based in New Milton.

It is offered to families in Dorset whose children are suffering from chronic, life-limiting and terminal illnesses.

“We have been able to buy some new electrical items thanks to a donation from J.P. Morgan which has been a great help,” says Natalie Newman, Charity Administrator and Fundraiser. “We have been able to purchase a number of items which include a new television for the lounge area as the old one had become rather temperamental!”

(J.P. Morgan employs 4,000 people at its technology and operations centre in Bournemouth and has a strong history of community engagement).

In all two televisions, a play station, a hi-fi stereo system and a sound bar have all been added to the holiday home from the donation. “We take bookings for either a week or for a weekend and the holiday home sleeps up to six people,” says Julie O’Donnell, one of seven Trustees. “We try to make sure the families can have a really good time together.”

Two of the other trustees are founders of the charity, Karl and Chantel Cox, who are the parents of Amelia-Grace Cooper after whom the Charity is named. Amelia’s Grand-mother Maureen is also a trustee and takes a very active part in the running of the charity and her Grandad Bob is also actively involved at all the events.

To find out more details about the charity please visit the web site www.ameliasrainbow.org