Find Out More
Home > Company News > Apprenticeship Awards 2022: And the winners are….

Apprenticeship Awards 2022: And the winners are…. 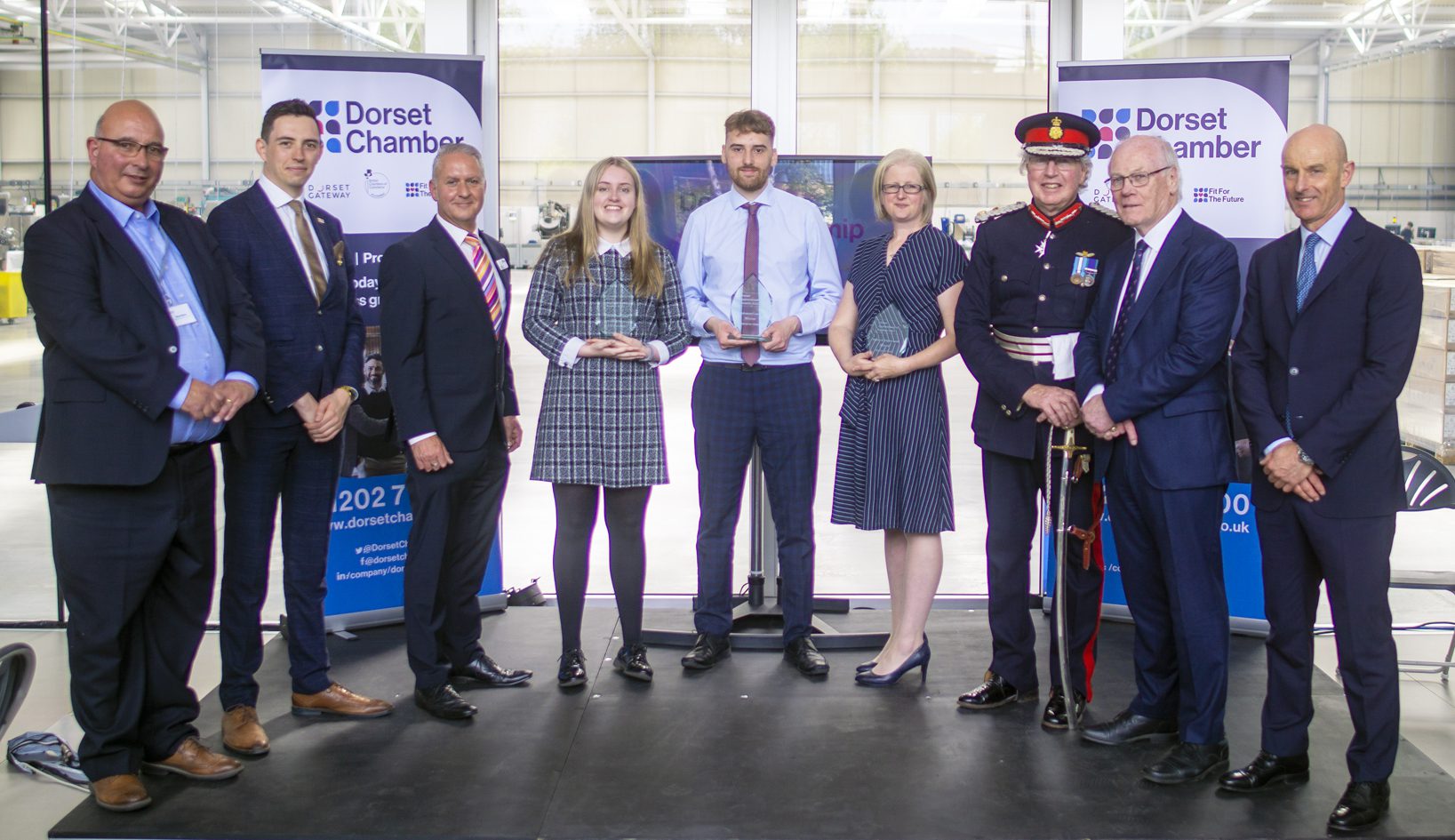 Dorset top apprentices were hailed for their determination, talents and commitment when they took centre stage in new awards.

They were named as winners at the county’s inaugural Apprentice of the Year Awards at a ceremony with dignitaries including the Lord-Lieutenant of Dorset.

Dorset Chamber joined forces with the Dorset and Somerset Training Provider Network and sponsors manufacturing firm Superior Seals for the initiative celebrating the contributions of apprenticeships to business.

They claimed the honours from a 12-strong shortlist of finalists when the awards were presented at Superior Seals in Ferndown.

Dorset Chamber chief executive Ian Girling said: “This was a tremendous celebration of the value of apprentices to our businesses.

“Ellie, Cameron and Rebecca were all very worthy winners who have all demonstrated exceptional determination, talent and commitment to succeed.

“They can be very proud of themselves for their achievements and for representing the excellence which so many apprentices show on a daily basis in our county.”

Ian added: “It was an inspirational event and a great way to start the new Apprentice of the Year competition.

“My thanks go to the Lord-Lieutenant of Dorset, all of the apprentices and business who entered and everyone else who supported the awards and made them such a success.”

The Lord-Lieutenant Angus Campbell performed the honours after a celebratory lunch.

The awards were free to enter with entries invited from apprentices and their employers.