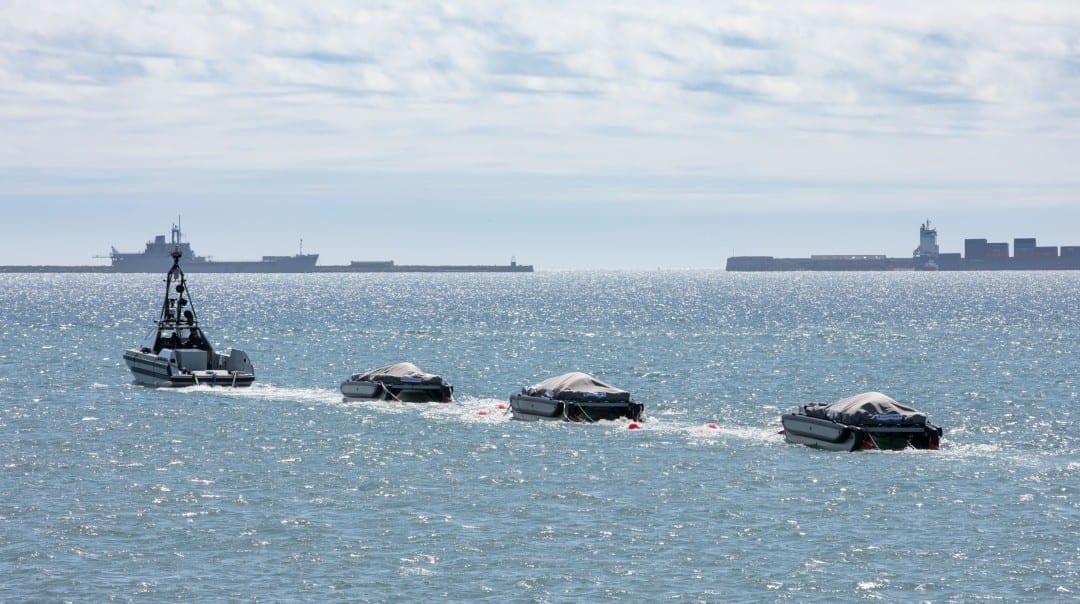 Defence Minister, Jeremy Quinn said “This next-generation autonomous technology will be instrumental to our goal of protecting the safety and security of our personnel, while also reaffirming the UK’s unwavering commitment to improve the safety of international waters.” By removing Service personnel from the minefield the system protects lives and offers a step change in tempo for mine countermeasures (MCM) operations.

Based on the UK Sweep Capability demonstrator system delivered by AEUK in 2018, the system has been rigorously evaluated by the Royal Navy’s Maritime Autonomous Systems Trials Team in a range of conditions. The system provides a world leading mine sweeping payload benefitting from the flexibility of deployment from the 11m USV. The whole system is fully road, air and sea transportable and can be deployed and operated worldwide providing a high degree of readiness.

DE&S CEO, Sir Simon Bollom said “This cutting-edge SWEEP technology follows hot on the heels of the contract negotiated for equally innovative autonomous minehunters and provides the Royal Navy with the increased capability they need to deal with modern mine threats.”

AEUK’s MD, Dr Antoni Mazur said “I am delighted that the expertise and innovation, delivered by AEUK in the Autonomous Sweep system, is now going to be used for operational evaluation by the Royal Navy. Our mine countermeasures and autonomy experts at AEUK have produced a world class system that the Royal Navy will be able to exercise to their full advantage. The coming years will be a great opportunity to evaluate this capability in an operational environment and fully realise the benefits of autonomous mine countermeasures.”

The agreement is a boost for UK prosperity and for the local area around AEUK’s base in Winfrith, Dorset, having engaged over 20 suppliers in the South West alone. The system is UK designed and manufactured and secures over 25 jobs at AEUK with more in the supply chain.