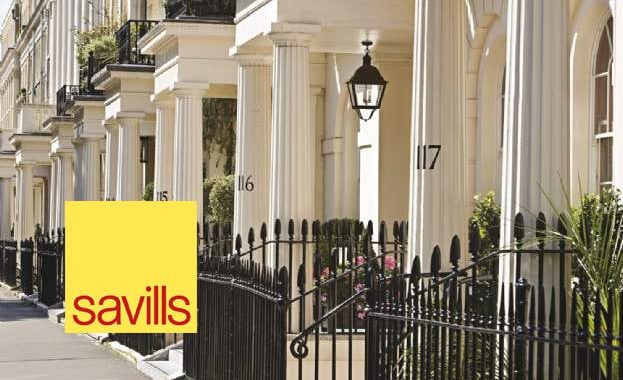 Further acceleration in the rate of house price growth across the UK’s prime regional residential markets over the past three months has resulted in the highest annual increases in well over a decade, as buyers continue to be driven by the desire for more space, according to latest analysis from Savills.

But there are early signs that some of the urgency is coming out of the market, so while it remains a seller’s market in many parts of the country, we expect greater price sensitivity over the remainder of the year, says Savills head of residential research, Lucian Cook.

In London, only the very biggest homes with gardens in the markets of West and South West London match the UK-wide price growth story, while the prime central London continues to be held back by travel restrictions.

In the three months to the end of June, average values in the prime markets outside of London rose by 3.2%, taking annual growth to 8.5%, the highest since 2010 and following a decade of underperforming the capital.

Increases in this top 5% of the market continue to be fuelled by the desire for lifestyle change amongst wealthy home buyers, often competing for the best homes in a stock constrained market.

This has been particularly true in the prime coastal and £2million-plus country house markets which remain the star performers, showing annual price growth of 14.6% and 12.9% respectively.

However, averages conceal regional variations in where prices sit relative to their 2007 peak, Savills notes. no more so than in the country house market, where locations have varied in their speed of recovery.  While values are now around +11.0% above their 2007 peak in the Cotswolds, they are around a third below that high water mark in Scotland.

“Demand has continued to outstrip supply in many of the most sought after prime regional markets and this has led to rapid price growth, most notably in markets that had long lagged London in their recovery over the past decade,” says Cook.

A widening gap in buyer and seller expectations

“We’re starting to see a gap open up between buyers and sellers in terms of the pricing.  With the impetus of the stamp duty holiday coming to an end and evidence that what has been fairly intense buyer demand may be softening, it will be more difficult for price growth to keep pace with sellers’ rising expectations of the value of their home in the way it has in the past year.”

The bigger the better

Instead, prime London’s most wanted properties have been the very large homes through West and South West London, where homes of six bedrooms or more delivered price growth of 8.3%, in line with the average across the Savills prime regional index.  Here, demand has been fuelled by domestic buyers looking for more space and a large garden, but choosing to retain a London address.

More generally across London, the desire for more space means demand for houses has been stronger than for flats, resulting in annual growth for houses at 4.3% and flats at -0.6%.  Similarly, homes with a large garden averaged price rises totalling 6.2% over the past year compared to -0.9% for those without a garden.

“Whichever way you look at it the past year has been about buyers with the means to do so looking for more space both inside and out, and their willingness to pay a high price for that space,” says Cook.

“We have continued to see price growth over the past quarter despite the looming stamp duty holiday deadline. Our June client survey told us the majority of prime market buyers (71%) are not concerned about the removal of the stamp duty holiday, while just 5% of those still hoping to complete by the end of June said they might reconsider their purchase.

“So while stamp duty is clearly not a major factor for the prime markets, we do expect to see some of the urgency coming out of decision making.  More stock is expected to come to the market as the vaccine rollout continues and social distancing measures are lifted.  As stock constraints gradually ease, so upwards pressure on values will ease, and the realignment of buyer and seller expectations will be vital in order to maintain market momentum.”