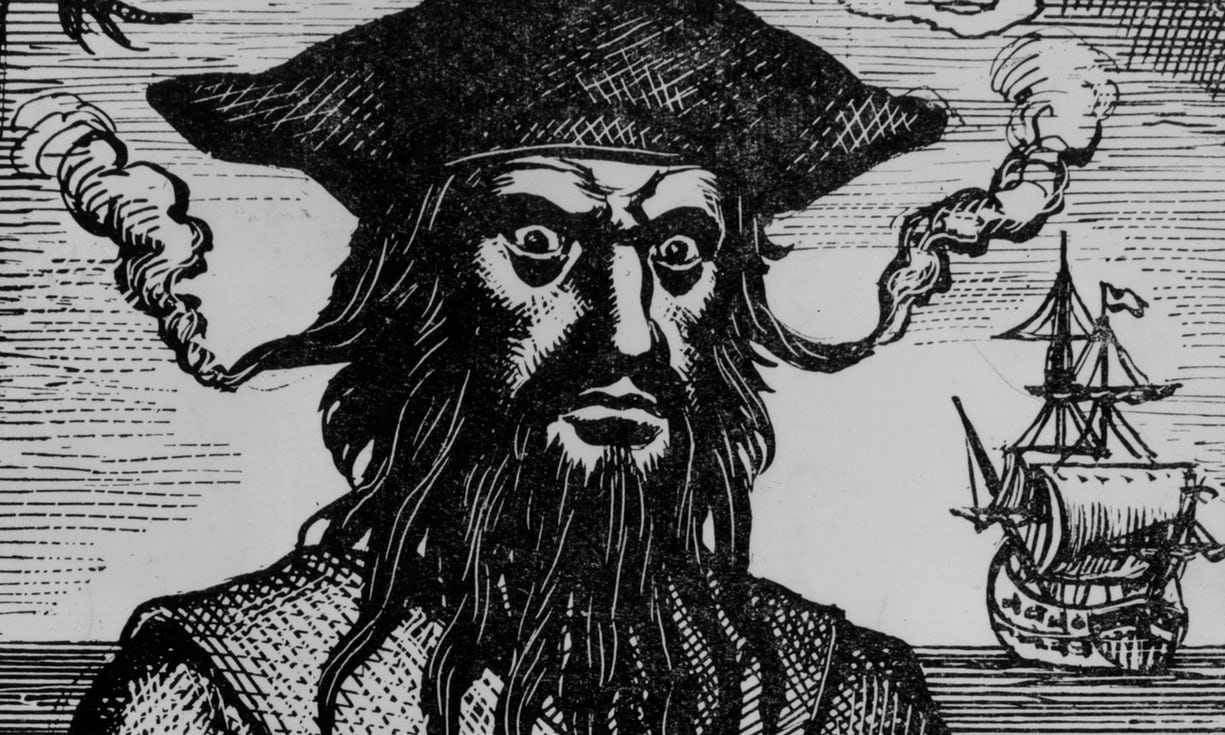 Work being undertaken by Poole Bay Rotary on ‘Pirates, Castaways & Codfish’ has been given an exciting new twist with evidence of links between the notorious pirate Blackbeard and Governor Woodes Rogers, one of the three principal characters featured in the project.

The wreck of Blackbeard’s ship, Queen Anne’s Revenge, was found off the coast of North Carolina back in 1966.  Work by archaeological conservators at the North Carolina Department of Natural and Cultural Resources’s QAR lab has just revealed  that fragments of paper found on board came from a book written by Captain Edward Cooke, “A Voyage to the South Sea, and Round the World, Perform’d in the Years 1708, 1709, 1710 and 1711”.  Cooke was the second Captain of the Duchess one of the two ships under the command of the then Captain Woodes Rogers who had lived in Poole and at the age of just 28 sailed around the world as a privateer, working for the Crown and entitled to seize Spanish shipping.

Woodes Rogers is recorded (aged nine) as living in Thames Street, Poole, in the Poll Tax List of 1690.  His family later moved to Bristol where he was apprenticed to a seaman and saw trips to Newfoundland amongst other places.  Woodes Rogers became a sea captain and in 1708 he commanded two ships – the Duke and Duchess, on a circumnavigation of the globe via the Pacific where he was invited to seize any Spanish interests.  His three year round-the-world voyage was full of action, with one of his adventures finding long-lasting interest as the basis for Daniel Defoe’s Robinson Crusoe story.

It now appears that a book written by Edward Cooke, one of the captains under his command, was essential reading for all seafarers – pirates included.

Blackbeard’s flagship, the Queen Anne’s Revenge ran aground in 1718 off the coast of North Carolina.  During the on-going investigation of the wreck, conservators found 16 tiny fragments of paper “in a mess of wet sludge”.  It is believed that these were part of the wadding in the chamber of a cannon.  After months of work to conserve the fragments, the largest of which is about the size of a £1 coin, they discovered that a few words were still visible on some of the fragments.

Hours of painstaking work enabled the conservators to match some of the fragments to information in the book written by Edward Cooke.  Whether pirates, many of whom are known to have been literate were avid readers, or whether pages from books simply made good wadding isn’t known.  What we do know is that Blackbeard and Governor Woodes Rogers are linked not only from being on opposite sides of the law, but also through literature.

Further information on the project is available via:   www.pirates2codfish.com