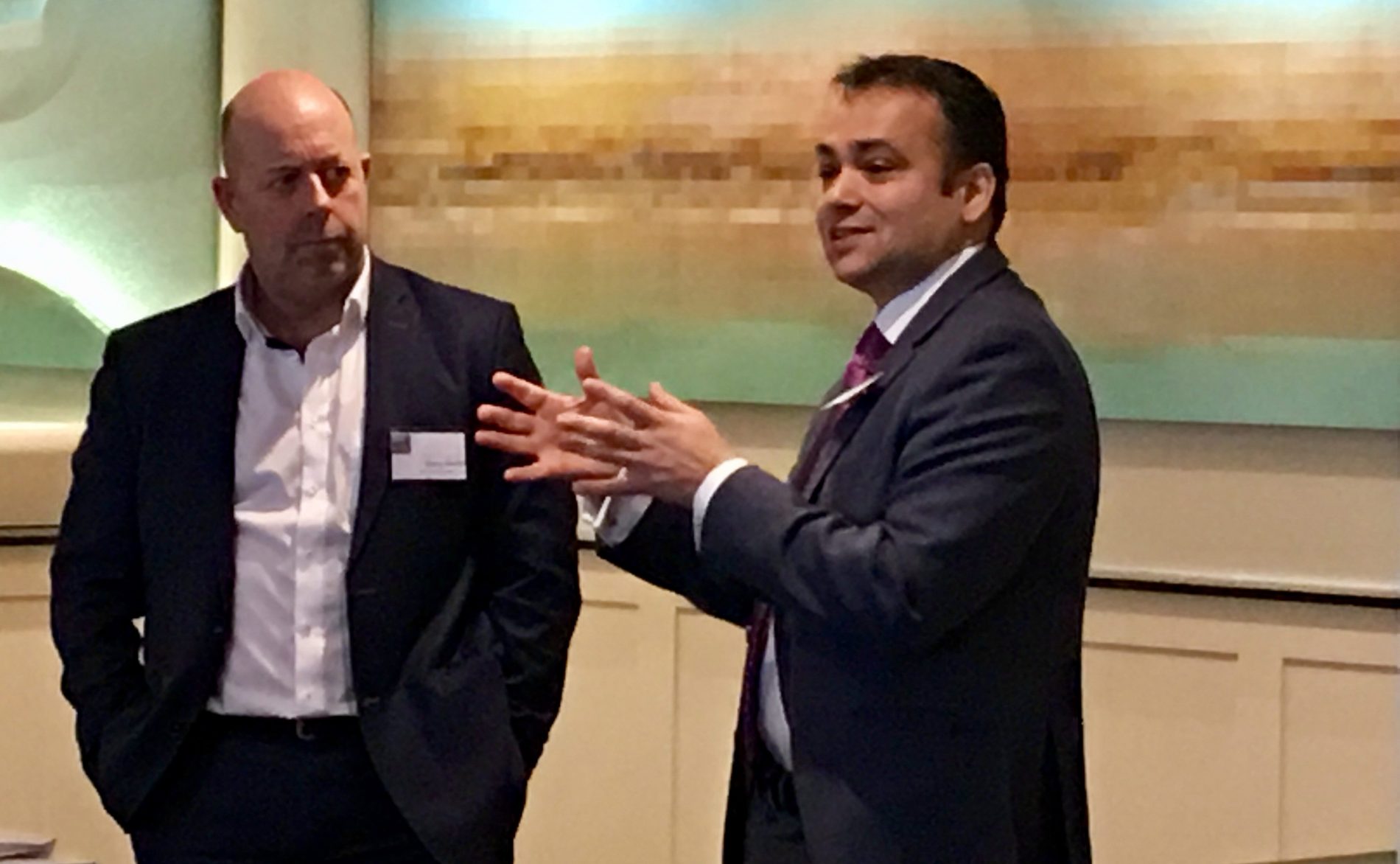 A presentation by Blue Sky Financial Planning heard that recent heavy falls in global stock markets have created a new sense of realism.

Gary Neild, pictured left, managing director and owner of the Poole-based firm, told nearly 60 attendees that investors across the globe had been in danger of complacency because of a lack of volatility last year.

Although share prices suffered tumbles in early February, the correction should be welcomed for what he described as “blowing the froth off from the top”.

“It is normal for markets to be volatile and, despite lowering valuations, a new sense of realism has been created,” Gary said.

LGT Vestra is a partnership between the executive partners and the private banking group LGT, owned by the Princely Family of Liechtenstein.

Sanjay, pictured right, Partner and Chairman of LGT Vestra’s MPS Investment Committee, explained that the global economy is enjoying synchronised growth for the first time since the global financial crisis of 2009.

He said: “The recent correction was caused ironically by strong growth, particularly in the United States over fears that interest rates may rise quickly, in order to counteract wage growth and inflation.”

Thirty-year bull markets for bonds, where interest is paid on money loaned over a long term to companies and institutions, have come to an end, Sanjay warned.

“It is important to create alternative strategies to bonds, with a view of protecting portfolios should there be other corrections,” he added.

He went onto highlight that sectors such as financials, energy and technology could potentially perform well over the next couple of years.

Active investment advice is once again coming into its own with the changing dynamics across global markets, attendees heard.

Regarding the UK, Sanjay highlighted that whilst there is uncertainty surrounding Brexit and politics we may be more resilient than many experts predict.

It was topical to mention Toys R Us and Maplin after the two chains collapsed into administration.

Sanjay said that “this shouldn’t sound alarm bells for the UK economy but, like many retailers in the past, it demonstrates the need for businesses to innovate in this rapidly changing world”.

Afterwards, Gary said: “We are very appreciative and honoured to have such fabulous speakers as Sanjay and Phoebe address our audience.”