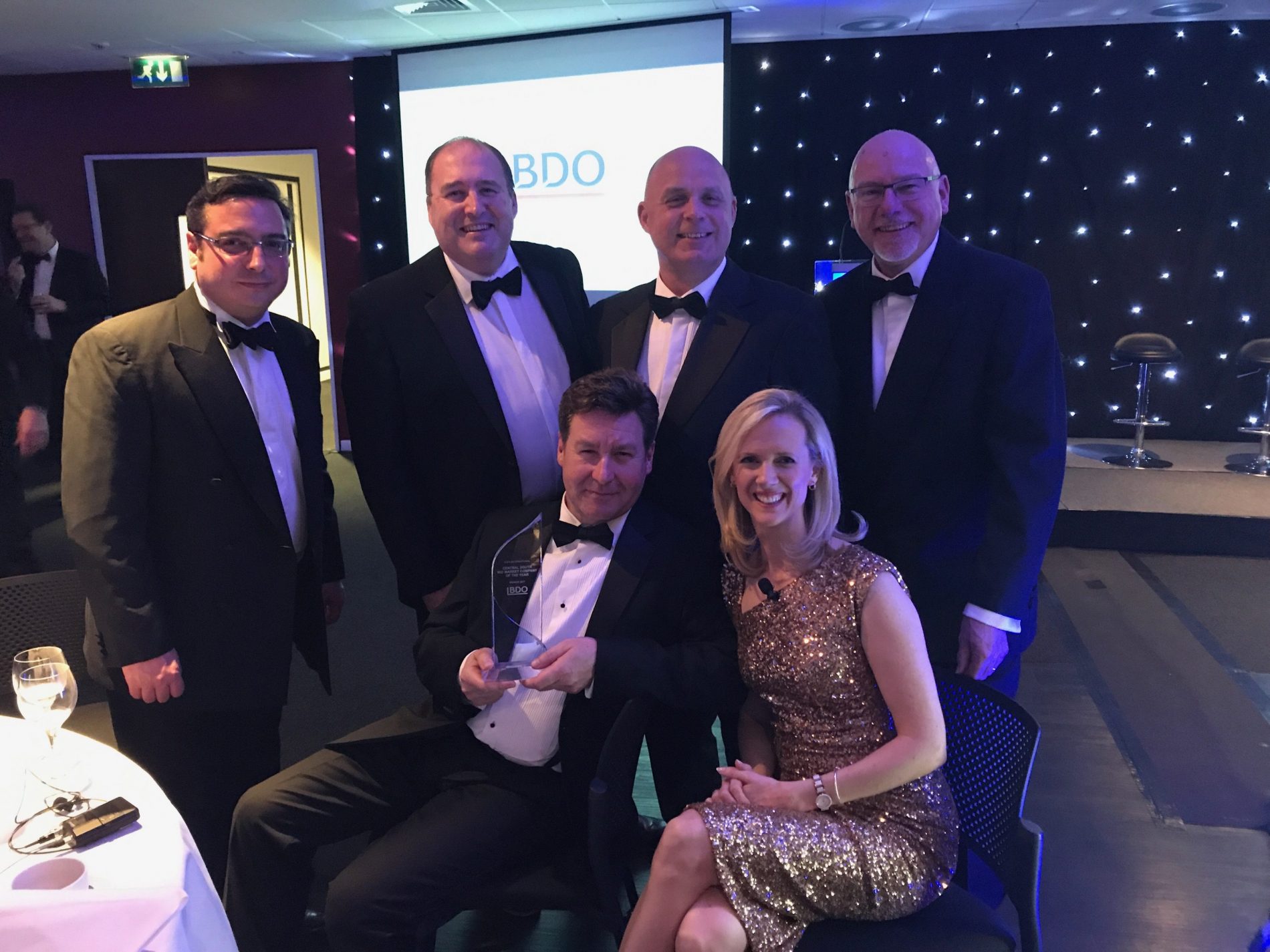 Attended by over 150 business leaders and stakeholders, the BDO event, hosted by BBC South Today’s Laura Trant, celebrated the success of the region’s mid-sized companies including BOFA and finalists Nature’s Way Foods and Sydenhams.

Over the last 12 months BDO’s Central South Mid-Market focus has again recognised the best of the region’s mid-sized companies identifying the top performing businesses in the areas of international activity and profit growth.

Malcolm Thixton, lead partner at BDO Southampton, comments: “BOFA performed exceptionally well against our key criteria of leadership and vision, driving innovation and approach to new markets, all leading to sustained growth with great prospects for the future. They have a very clear three year plan that has been written following sound collaboration and research and that includes investment in new technologies and a real focus on retaining and rewarding their people.”

Dorset-based BOFA International is a global leader in fume and dust extraction technology for a wide range of industries including laser, electronics, mechanical engineering, printing and 3D printing and pharmaceutical.

The company celebrated its 30th anniversary in 2017, received the Queen’s Award for Innovation, strengthened its senior management team and revealed plans for their new head office and centre of excellence.

BOFA also opened a new office in Germany, added a business development function in Poland, bolstered the sales team for its US operation, BOFA Americas, and announced an expansion of its UK footprint.

BOFA Managing Director, Tony Lockwood commented: “We are thrilled to win this award, which is testament to all the hard work and effort put in by the team. There are great opportunities for our technology around the world as awareness grows about the value of our systems, not just in keeping people safe in the workplace but in improving productivity.”