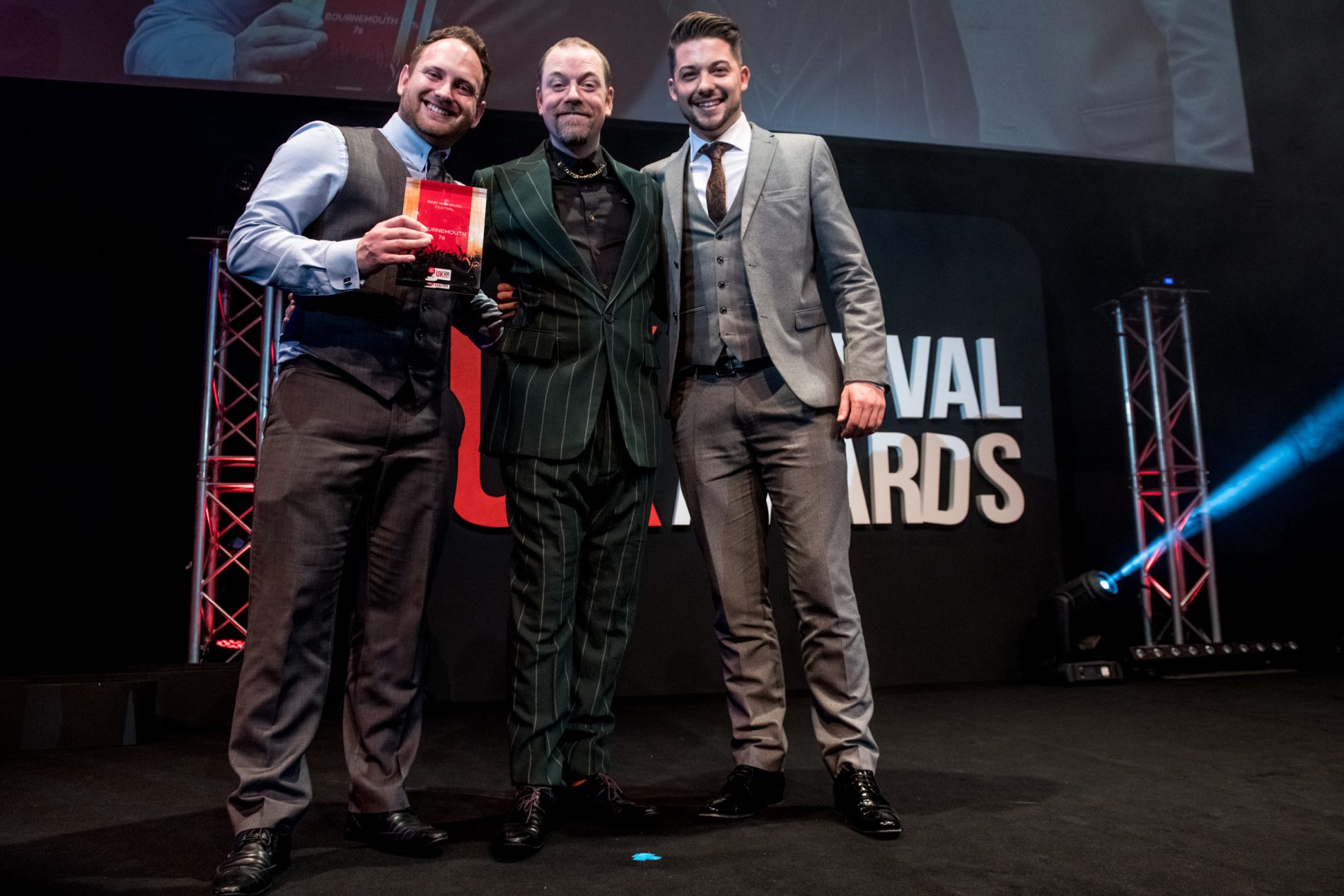 The Bournemouth 7s Festival team has had a fortnight to remember after being recognised with not one, but two, prestigious industry awards.

The awards follow the Festival’s 10th anniversary celebrations earlier this year and are recognition of the continued support of our loyal audience and commitment of the team responsible for every element of the festival.

The UK Festival Awards, hosted at the glamorous Troxy in Central London, welcomed over 600 guests from across the UK festival industry to a lavish ceremony hosted by celebrated comedian Rufus Hound.

The award was given in recognition of the unique attraction of Bournemouth 7s Festival, a combination of excellent sporting action with an unrivalled festival atmosphere, which has grown rapidly since its launch in 2008.

Roger Woodall, CEO and Founder of Bournemouth 7s Festival, was delighted with the award:

“The past 10 years have been an amazing journey and I am so grateful and proud that Bournemouth 7s Festival has been recognised with a UK Festival Award. When I first conceived the idea back in 2007, I thought there was a real gap in the market and it’s exceptionally rewarding to have created something which stands so proudly in that space.

My team work tirelessly to improve the festival each year and it’s great that our hard work has been acknowledged in an unbelievably competitive sector. We are extremely excited about our second decade and are working on some amazing ideas for 2018!”

The Festival’s second award was presented at the National Outdoor Events Association (NOEA) Awards ceremony in the stunning surroundings of the historic Pump Rooms in Bath.

In awarding the ‘Best Sporting Event’ to the Bournemouth 7s team, the panel of industry judges commented,

Paul Ashurst, Senior Events Manager, who managed the applications, was overjoyed with the announcement,

“ NOEA is one of the most-respected trade bodies in the UK and to receive their support and recognition is truly humbling. Over the past few years, Bournemouth 7s really has accelerated the growth of its profile and awards such as this demonstrate how well acclaimed the festival now is.

We would genuinely like to thank our loyal band of Bournemouth 7s festival-goers. Their continued support for what we do is truly amazing and we really wouldn’t be anywhere without them.”