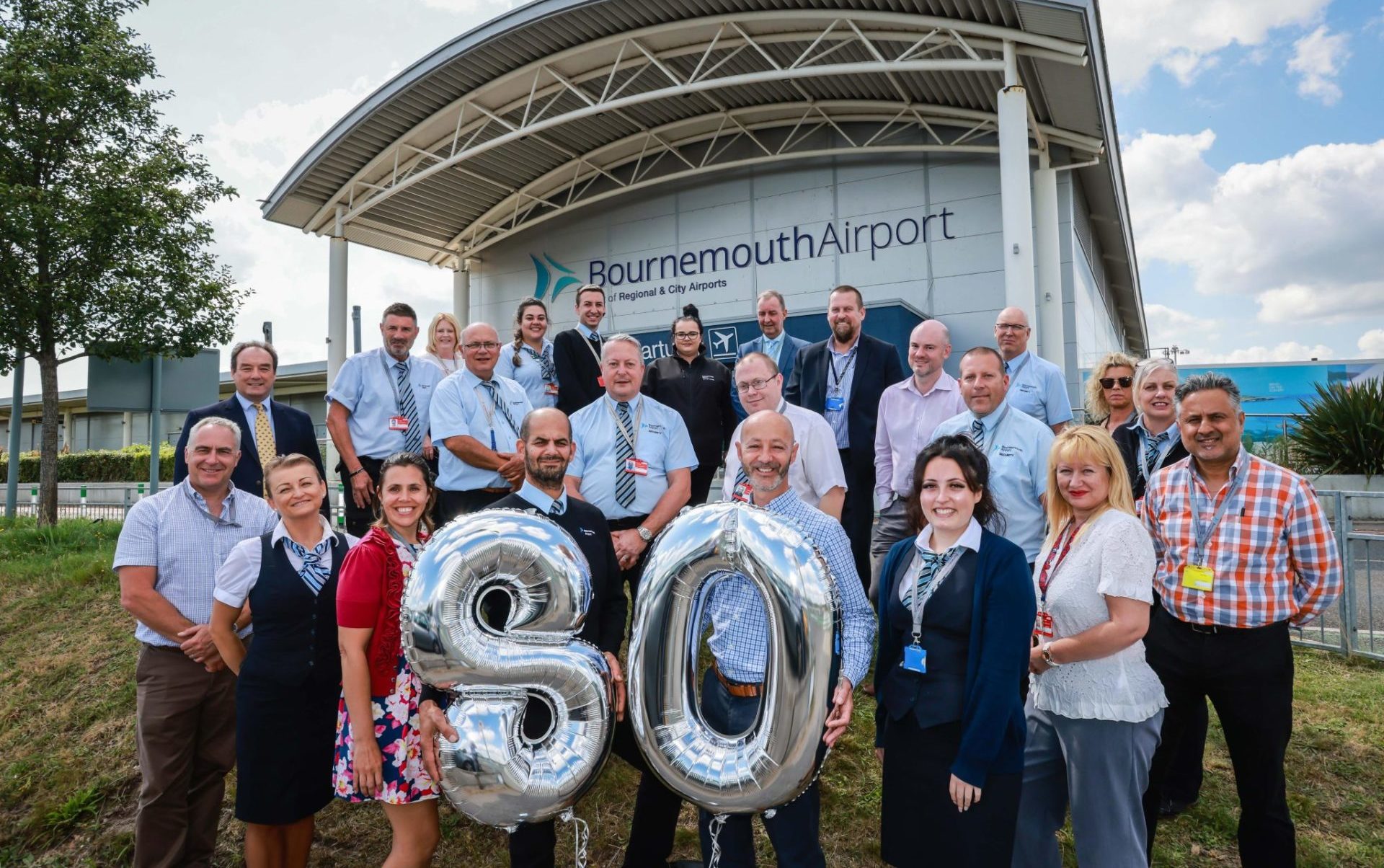 Bournemouth Airport is celebrating its 80th birthday this month having started life as an RAF base in August 1941.

RAF Hurn as it was then known, because of its proximity to Hurn village, was vital to the defence of southern England during the Second World War.

It was used by both the RAF and United States Army Air forces until 1944 when it was transferred to civilian control and served as London’s transatlantic airport until Heathrow opened in 1948. Back then Pan Am operated a New York to Hurn flight five days a week, with a journey time of almost 18 hours because of various fuelling stops along the way.

Fast-forward to today and Bournemouth Airport will serve in excess of 30 domestic and international destinations in 2020/21 with more being added all the time as it rebuilds its route network following the impacts of travel restrictions caused by the pandemic.

Steve Gill, Managing Director of Bournemouth Airport, said: “It’s great to be marking our 80th birthday and who would have guessed that a wartime airfield all those years ago would grow into the modern, international airport we see today.

“Before the pandemic we saw year-on-year passenger growth of 20% with an ambition to hit two million passengers within five years. I believe that could still be achievable as the market returns but right now we’re focused on the summer and upcoming winter season.

“I do think the industry will bounce back relatively quickly and we’re seeing new routes being added all the time, the latest being new flights to Budapest in Hungary and Wroclaw in Poland from October and November with Ryanair.

“Inbound visitors have been particularly strong from other parts of the UK including Edinburgh and Belfast, and that’s a reflection of the staycation market this year and the work we have been doing with BCP Council to promote inbound tourism and support the local visitor economy as restrictions have eased.”

To meet growing demand the airport has just launched a recruitment drive for more staff in security, handling, fuelling and cleaning.

And it is gearing up for Bournemouth Air festival when the airport will be home to the aircraft making up the thrilling air displays from September 2-5. They including the Red Arrows on all four days, the Blades Aerobatic Display Team, RAF Typhoon, and the full Battle of Britain Memorial Flight comprising a Lancaster, Hurricane and Spitfire.

Steve added: “The air festival is always a highlight of the year for the whole airport team and we take huge pride in looking after all the displays. Having started life as an RAF base 80 years ago it’s fitting that we’ll be hosting the Memorial Flight once again.”