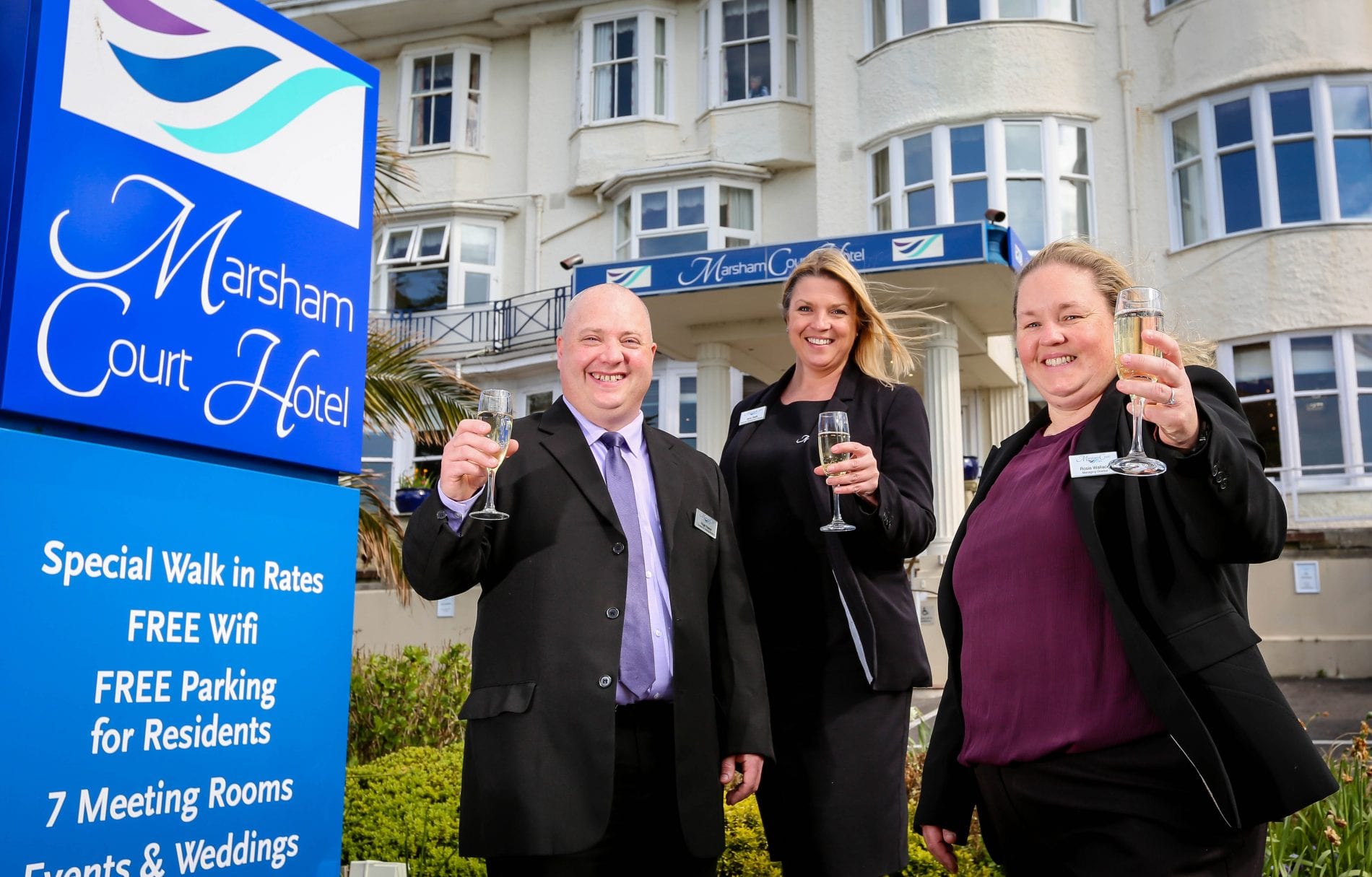 One of Bournemouth’s oldest family-run hotels has appointed directors from outside the family for the first time.

Former Hotel of the Year the Marsham Court in Russell-Cotes Road, has promoted its business development manager and operations manager to the Board.

The former owner of a business support company, Jane, from Bournemouth, established the Marsham Court’s unique New2Business networking group and has grown its conference and events business by 20 per cent in under two years.

She said: “It is a huge honour to be offered a directorship with such a well-respected family business.

“These are exciting times for the Marsham Court with the renovation of the Solent Suite now complete, several other rooms set for refurbishment in 2019 and extensive room refurbishments ongoing.

“I will be continuing to help the business grow and evolve, with a particular eye on building our corporate business.”

Director of Facilities and Training Nigel Reeve joined the Marsham Court in June 2016 after spending 15 years in hospitality, the previous four of which as a tutor at the South West Regional Assessment Centre (SWRAC) in Wimborne.

Nigel, from Broadstone, oversees the facilities of the 87-bedroom hotel, including human resources, training, housekeeping, security and food service.

The Marsham Court was bought by Russell, Rosie and James’s parents Jennie Deavin and Chris Dixon-Box, in 1987.

Jennie later ran the hotel with her second husband Hugh Deavin and Rosie assumed overall responsibility for the business when Jennie passed away in 2017 following a long battle with cancer.

Rosie said: “My family has welcomed over a million guests since we took over the Marsham Court 30 years ago and one of the main reasons it continues to thrive as an independent, family-run hotel in an increasingly chain-led market is that our guests are made to feel part of our family.

“In the past few years Jane and Nigel have not only helped the hotel to flourish and grow, they have also shown a loyalty you would only usually expect from family.

“Russell, James and I are thrilled they have agreed to become directors and we are very much looking forward to their valuable input in the hotel’s continuing success.”

The hotel also won the Business Engagement with Education award at the Dorset Business Awards 2016. Plus Silver in the Dorset Tourism Awards Venue and Business Tourism category in 2015. And Rosie Wallace was named Unsung Hero at the Bournemouth Tourism Awards 2017, for her dedication in championing the success of Bournemouth’s hospitality industry.