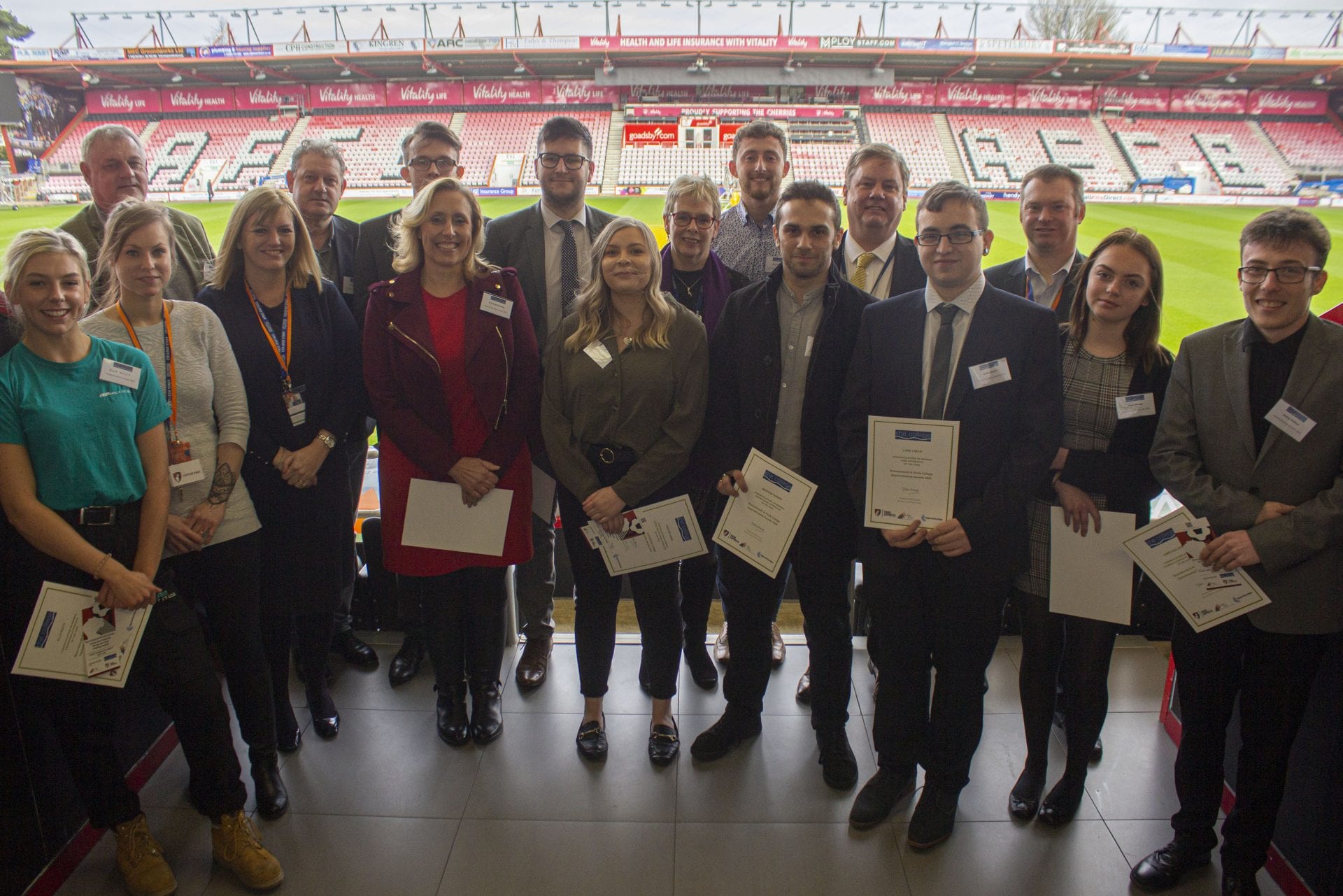 Young people from a range of industries including manufacturing, catering, hair and beauty, childcare, business and finance celebrated their achievements at the Apprenticeships Unlocked awards event on Tuesday, February 4 at AFC Bournemouth. Joining them were employers from across the county who supported the award winners as part of the celebrations organised by the College for National Apprenticeship Week, which runs from February 3 to 7, 2020.

Oliver Dukes of CAT Marine picked up the overall Apprenticeships Unlocked 2020 Award in recognition of his progression on his AAT level 3 accountancy apprenticeship. Oliver has recently been appointed as the chair of Dorset and Solent Young Apprentice Ambassador Network (YAAN) following his work to promote apprenticeships at workshops and careers events for school students and he was listed as a finalist at the Dorset Business Awards 2019 in the Apprentice of the Year category.

Oliver said: “It feels amazing to win the Apprenticeship Unlocked 2020 award. It’s great to be acknowledged for what I’ve done so far and hopefully we’ll do some even better things in the future to make apprenticeships the number one aim of people’s education.”

The full list of award-winning apprentices at Apprenticeships Unlocked were:

Matt Butcher, commercial director of Bournemouth & Poole College, said: “We are proud of all of our apprentices at the College and are keen to herald the young people who go the extra mile to show their commitment to their future career through an apprenticeship. Our apprentices act as ambassadors out in the community as they work in different industries across Dorset and Hampshire, using the skills and knowledge they have learned at the College to support the future generation of the workforce.”

The College works with over 2,000 employers across Dorset and Hampshire to match the right apprentices with vacancies in different industries including digital marketing, engineering, construction, catering and hospitality, hair and beauty, and care services.

For more information about the apprenticeships available at the College, go to www.thecollege.co.uk or if you would like to speak to a member of the team, call 01202 205205.