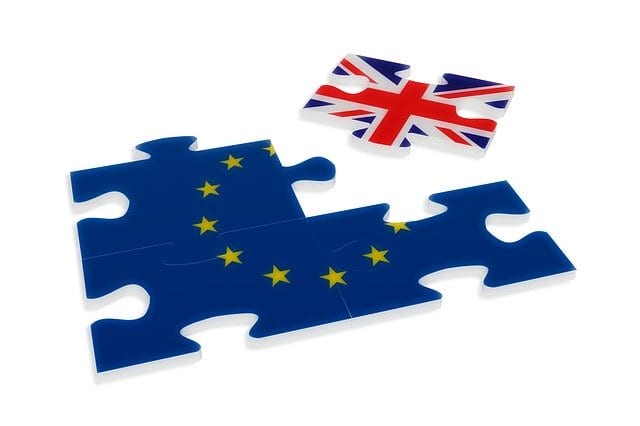 Thursday was due to be the day we heard whether a deal had been agreed or if we were going to walk away, instead Boris Johnson said he would see out the European Council before making this decision and the EU offered a two-week extension to the trade talks. Conclusion of the summit led to headlines that it was all over after the UK accused the EU of watering down a commitment to intensify talks and calling for the UK to “accept a level of control over our autonomy that an independent country can’t really accept” (M. Gove, Sky News). Business Secretary, Alok Sharma, urged businesses to prepare for the end of the transition period and the government’s new ‘time is running out’ campaign urged businesses to prepare for an Australia-style (no free trade agreement) arrangement.

Business Secretary, Alok Sharma, has urged businesses to prepare for the end of the transition period by writing to 600,000 firms on 12 October (additional info on gov.uk). In this he acknowledges the challenging times we’re in but said it’s vital businesses prepare for our new relationship with the EU outside of the single market and customs union. Guaranteed changes include:

As Business Secretary he encourages businesses to:

A couple of weeks ago we heard of the threat to the British car manufacturing industry regarding higher export tariffs. BBC reported on 14 October that the EU is about to formally reject a UK plea for special allowances for exports of electric cars in a post-Brexit trade deal. A draft addition to the deal states they’ll only get zero tariffs if a majority of the parts’ value is from the UK and EU. It specifies the “maximum content of non-originating (non-EU and UK) materials of 45% of the ex-works price of the vehicle” for “electrified vehicles”. Tariffs of 10% would be payable otherwise.

Off the back of last week’s indication that the House of Commons would reject the House of Lords’ amendments to the Agriculture Bill, we heard confirmation of this on 13 October (Independent). The Commons voted by 332 to 279 to reject the amendment which would have required both agricultural and food imports to meet the UK’s standards from 1 January 2021. Environment Minister, Victoria Prentis, called for the “fearmongering” to stop, stating “we are not going to be importing chlorine-washed chicken or hormone-treated beef. That is the law of the land… we will not compromise our high environmental protection, animal welfare or food standards.” Regardless of these promises, many campaigning groups and those with interest have voiced their disappointment.

The Guardian outlined the three main issues preventing a deal being reached on 15 October. The first is the EU’s future access to British fishing waters. The EU is insisting on the status quo with catch quotas staying in line with the common fisheries policy whereas the UK wants to regain control of the waters and have quotas in line with percentages of shared stocks attached to each European economic zone. The second is the level playing field the EU wants to ensure neither side can undercut standards or overly subsidise parts of the economy to give its companies a competitive advantage, i.e. domestic subsidy control. The third is governance and how disputes between the two parties would be handled. The EU wants to be able to suspend parts of the trade and security deal if the UK reneges on an obligation in any given part of the deal. In this, both sides would accept binding rulings from a new body. The UK is said to be willing to consider this if/when the other contentious areas are progressed.

The new Border Operating Model outlines the Duty Deferment Account (DDA) on page 28 which traders who import goods regularly may benefit from. This enables customs charges including customs duty, excise duty, and import VAT to be paid once a month through Direct Debit instead of being paid on individual consignments. VAT registered traders can account for import VAT on their VAT return using postponed VAT accounting. To set up a DDA, traders, or their representatives, apply for a deferment account number (DAN) and will need to be authorised by HMRC. New rules are being introduced which will allow most traders to use duty deferment without a Customs Comprehensive Guarantee (CCG), a significant change that will help businesses with cashflow.

On 15 October the EU offered Boris Johnson a two-week extension to the trade talks, beyond the prime minister’s deadline of 15 October (Independent). Michel Barnier, Chief Negotiator for the EU, stated “the negotiations aren’t over, we want to give these negotiations every chance of being successful to give every chance of agreement”.  If Boris Johnson refused the extension, he would trigger a no-deal Brexit but has said he would await the outcome of the EU summit before making a decision. However, the EU has said it’s up to the UK to change its position and the UK (David Frost) is “surprised by the suggestion that to get an agreement all future moves must come from the UK… an unusual approach to conducting a negotiation”.

The Guardian reported on the story on 16 October, saying that Boris Johnson has told the UK to prepare for no-deal: “A lot of progress has been made on such issues as social security and aviation, nuclear cooperation, and so on,” he said, but “for whatever reason, it’s clear from the (EU) summit that after 45 years of (UK) membership they are not willing, unless there’s some fundamental change of approach, to offer this country the same terms as Canada”.

Food and drink labelling changes were published 14 October (gov.uk) providing guidance on how producers, manufacturers, retailers and suppliers must change labels from 1 January 2021. If you export to the EU, you should check with your EU importer how the EU’s labelling requirements will affect your products. The EU organic logo must not be used from 1 January 2021 unless certain criteria are met, likewise with the EU emblem. There’s further info on minced meat, fruit and vegetables, olive oil, honey blends, beef and veal, and eggs. GI-protected food or drink products (except wine or spirits) produced and for sale in GB must use the relevant UK logo on packaging and marketing materials.

Following Boris Johnson’s announcement that the UK should prepare for no trade deal, NFU President Minette Batters has urged the UK and EU to prioritise reaching a tariff-free, quota-free trade deal, saying “More than 60% of our agri-food exports go to the EU, making it British farming’s largest trading partner. Reaching a deal is critical to maintaining those trade links… There will be significant disruption for British food and farming if there is no deal at the end of the transition period.”

Sky reported on the alleged breakdown of the negotiations on 18 October, with Boris Johnson claiming Brussels had “abandoned the idea of a free trade deal”. The EU was also accused of watering down a commitment to “intensify” trade talks. Michael Gove felt there was now less than a 50% chance of a deal and cited the EU not being willing to produce the detailed legal text or intensify the talks to indicate they were serious about agreeing a deal.

BBC also reported on the matter on 18 October. The Confederation of British Industry (CBI) urged the government to focus on bridging its differences with the EU, saying a deal was vital to help the post-Covid recovery. They warned the uncertainty about the UK’s future trading relationship with its largest market was “chipping away at business resilience” at a time when many firms were being battered by coronavirus. When asked whether the door was still ajar to further discussions, Michael Gove said “It is still ajar. We hope the EU will change their position and we are certainly not saying if they do change their position we can’t talk to them.”

The pharmaceutical industry has appealed to Boris Johnson for urgent action to avoid no-deal medicine shortages (Independent 19 October). The announcement that he was preparing for no-deal left the industry without the agreement on mutual recognition of standards needed to avoid costly duplication of red tape and maintain the flow of trade in vital drugs. The Association of the British Pharmaceutical Industry (ABPI) says failure to secure the trade deal or sector-specific arrangement would cost many millions of pounds and introduce delays of up to six weeks in supplies.

A press release by the government urges businesses to step-up preparations for an Australia-style exit in their new ‘time is running out’ campaign (gov.uk). Regardless of the outcome of the trade talks, this states we are leaving the EU’s single market and customs union therefore businesses need to prepare for changes we know are happening: