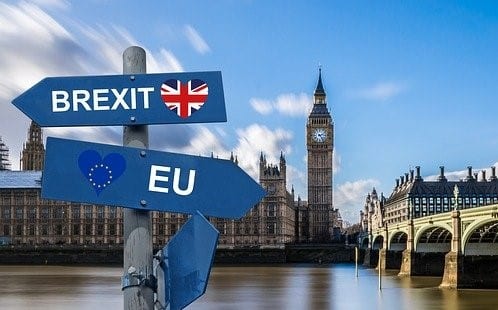 The UK-EU negotiations are still progressing, but we continue to hear from industry groups of the potential for significant disruption whether we agree a deal or not. The Government continues its campaigning on preparing for upcoming changes, with the Business Secretary urging companies to review how they’ll recruit from the EU from 1 January 2021. The Agriculture Bill returns to the House of Commons 4 November to debate the amendments to safeguard British farming and food standards, something which has received much public support.

Reuters reported on 26 October that British companies face a huge uplift in administration which threatens to cause chaos at the borders, whether we agree a deal with the EU or not. Companies will need to complete paperwork for procedures such as customs and safety declarations, submit goods for random checks to cross borders and navigate new IT systems that are still not up and running. The cost of paperwork could exceed the cost of moving small consignments as a typical export declaration can require more than 50 pieces of information on transport, commodity codes and value.

This also outlines the risk of British businesses being ousted from complex manufacturing supply chains across Europe if goods can be bought elsewhere for the same price and without the uncertainty, potential delays and additional paperwork. Richard Burnett, Head of Britain’s Road Haulage Association (RHA), said “There is an enormous amount of work still to do… But how do you test the systems, and train people on them, when we haven’t seen them yet?” An October survey of UK supply chain managers found 46% were less prepared for Brexit than last year due to the pandemic. Shane Brennan, head of the Cold Chain Federation said “the single biggest risk of Brexit is the different links in the chain not knowing who is responsible for what”.

Bloomberg reported on a similar story where Jaguar Landrover expects chaos at the border whether we agree a deal or not. A steering committee was formed to keep abreast of updates while planning for the worst-case scenario, i.e. no deal where a 10% tariff on vehicles and 4% tariffs on parts is expected. However, even with a deal the increase in customs declarations are an administrative and compliance burden. If no deal is agreed, they’re expecting the pound to weaken which would significantly offset tariff costs, therefore its pricing and model mix would be adjusted. However, their UK sales may benefit from tariffs making competitors’ imports more expensive.

Members of a House of Lords committee voiced concern about the supply of prescription drugs to Northern Ireland because of new checks due to be introduced 1 January 2021 (Independent 28 October). Most are imported from, or through, the rest of the UK and often from the EU. Northern Ireland is already under extreme pressure from coronavirus and it is feared the disruption to medication on top of this would make this worse.

Spain and Gibraltar are looking at the potential to agree a deal that would aim to preserve free movement across the border (Independent 28 October). When the transition period comes to an end, there’s potential for serious disruption for those reliant upon crossing the border between the British Overseas Territory and Europe. Every politician in the Gibraltarian parliament voted to remain in the EU along with nearly 96% of the population. Gibraltar has said it wants to join the Schengen area and customs union.

The NFU (29 October) is calling for the Government to provide clarity on how seasonal workers will be recruited next year. UK residents made up only 11% of the workforce in 2020, despite the Pick for Britain campaign. It was found that new UK workers worked just under half the time of returning non-UK workers, partly due to it being a temporary arrangement while they continued to search for more preferable roles. This impacted on productivity when having to re-recruit and train new workers. NFU Vice President, Tom Bradshaw, said this is easily solved with a seasonal worker scheme that builds on the pilot scheme that’s operated over the past two years. The UK would be the only developed country in the world without such a scheme.

The Financial Times (29 October) reported on the issue of rules of origin threatening to undermine a free trade agreement for manufacturing businesses in the EU as well as the UK. The rules set percentage thresholds for how much of a product must be made locally and where this isn’t met, tariffs are applied. Examples include TVs manufactured in Europe but subject to import duties when exporting to Britain due to the screens being made in Asia. Michel Barnier provided his stance on the matter in June, saying “Do we really want to take a risk with rules of origin that would allow the UK to become a manufacturing hub for the EU, by allowing it to assemble materials and goods sourced all over the world, and export them to the single market as British goods: tariff-and-quota-free?”

Declining number of vehicles being exported to Europe and the US has resulted in Britain’s car industry having its worst September in 25 years (Sky News 29 October). Car production for the year is down nearly 26% as coronavirus hampers the domestic and overseas markets. The potential introduction of tariffs threatens to add to this so Mike Hawes, Chief Executive of the Society of Motor Manufacturers and Traders (SMMT) is pleading with the Government to reach a trade deal that will avoid tariffs on cars exported to the EU.

The impacts of leaving the EU on the horticultural industry were reported by the Guardian on 30 October, warning of price increases, potential shortages and the need for plant inspectors at nurseries. Currently, individual pots have an EU “plant passport” allowing frictionless trade across the border, however, come 1 January 2021 these will no longer be valid in the UK. Importers in the UK will need to complete their own checks under new regulations to certify each plan is disease and pest-free, adding costs and delays. This has the potential to significantly change the market if EU suppliers are deterred from doing business with the UK.

Business Secretary Alok Sharma has sent an urgent message to companies to inform that the way you hire from the EU is changing. A points-based immigration system is being introduced from 1 January 2021 that will transform the way in which employers recruit internationally. Guaranteed changes to prepare for are:

Alok Sharma is also encouraging businesses to sign up to a second phase of webinars on key issues that could affect businesses in multiple sectors, including personal data, and regulations on manufactured goods. Webinars from the first phase of webinars are also available to view and cover ten industries.

Use the Government’s 6-point checklist to understand what you need to do before 1 January 2021 if you work in the telecoms and information services sector.

Use the Government’s 6-point checklist to understand what you need to do before 1 January 2021 if you work in the tourism sector.

Use the Government’s 7-point checklist to understand what you need to do before 1 January 2021 if you work in the arts, heritage and culture sectors.

Find out if you will need to use the new UKNI marking and how to use it from 1 January 2021.

Thursday 5 November’s webinar at 11:00 will cover:

There will be an opportunity to ask questions.

These free webinars hosted by the Department for Business, Energy and Industrial Strategy will help you to check the new rules and understand the actions to take. Sign up here

A summary document of the UK-Japan Comprehensive Economic Partnership Agreement (CEPA) has been published giving an overview of the benefits for UK business by sector.