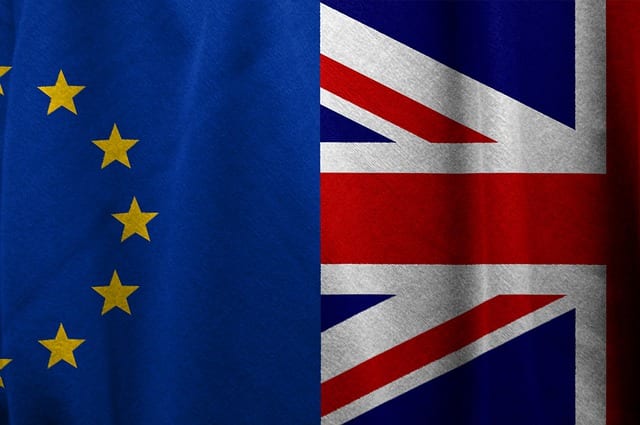 Formal talks for round eight of the UK-EU negotiations began 8 September and while relations were already tense, news of the Internal Market Bill reportedly breaking the withdrawal agreement made things a whole lot worse, risking trust in Britain and the collapse of the trade talks. The second reading of the bill is Monday 14 September and we’ll report on the outcomes next week.

8 September the New Food Magazine reported on the British Meat Processors Association (BMPA) launching a campaign to ‘expose the glaring weaknesses in Brexit preparations’. It felt that the lack of infrastructure and people to operate the new export system will result in massive delays, extra cost and lost orders, if it goes unresolved, with £1.2 billion of annual meat exports at risk along with thousands of jobs.
Information about the Internal Market Bill was released by the government 9 September (gov.uk) with the overview of protecting jobs and trade within the UK. It states that policies previously set by the EU will move to the devolved administrations (Holyrood, Cardiff Bay and Stormont) including air quality, energy efficiency of buildings and elements of employment law. It also says this means the rules that have governed how the nations trade with each other will fall away so the bill looks to ensure continuity of seamless trading.
The article openly admits the bill will also enable the Government to provide financial assistance to Scotland, Wales, and Northern Ireland; this is the issue causing controversy with the EU as it refers to the state aid it was concerned the UK could utilise which could undercut EU competitors, i.e. it’s not a level playing field. The freedom to spend taxpayers’ money, that was previously administered by the EU, would cover infrastructure, economic development, culture, sport, and support for educational, training and exchange opportunities.
BBC reported on 9 September that Boris Johnson urged MPs to support the bill, saying it would “ensure the integrity of the UK internal market”, hand power to Scotland and Wales and protect the Northern Ireland peace process. However, critics say it’ll damage the UK’s international standing after a minister admitted the plans break international law. Emergency talks were scheduled for Thursday to discuss the contents of the bill following a request from the European Commission.
The article outlines how the bill proposes new powers, and how they should apply even if they break international law, including:
• No new checks on goods moving from Northern Ireland to the rest of Great Britain
• Giving UK ministers powers to modify or “disapply” rules relating to the movement of goods that will come into force from 1 January if the UK and EU are unable to reach an alternative agreement through a trade deal
• Powers to override previously agreed obligations on state aid – government support for businesses
Many MPs have raised concerns with this and do not support the proposals.

The Independent then reported 11 September how up to 30 Conservative MPs are against the proposals with justice committee chair Sir Bob Neill urging the prime minister to reconsider. Lord Heseltine stated changes to the withdrawal agreement, proposed in the Internal Market Bill, will face certain defeat in the House of Lords. He was joined by Sir John Major and Theresa May in warning Boris Johnson that he risked forfeiting trust in Britain across the globe. Ursula von der Leyen, President of the European Commission, echoed this saying she was “very concerned” and it would “undermine trust”.
We also heard on 11 September (BBC) that the UK agreed its first major post-Brexit trade deal by signing an agreement in principle with Japan. While it aims to boost trade by about £15bn, critics said this could boost GDP by 0.07% which is only a fraction of the trade that could be lost from the EU. Adam Marshall, director general of the British Chambers of Commerce, raised similar thoughts by saying “whilst this agreement is undoubtedly cause for celebration, securing a Free Trade Agreement with the EU remains critical to the future of businesses in the UK.”
The Guardian reported 13 September that UK justice secretary, Robert Buckland, has said he would resign if the law was “broken in a way that I find unacceptable”, in response to the plans to override the Withdrawal Agreement. As justice secretary he’s taken an oath to uphold the rule of law and said “If I see the rule of law being broken in a way that I find unacceptable then, of course, I will go. We are not at that stage.” The bill’s second reading is on Monday before a parliament vote and Labour has confirmed it will vote against it in its current form.

Updated Guidance
Guidance has been produced on placing manufactured goods on the EU market from 1 January 2021 and what you need to do to comply with regulations. There’s also guidance on placing manufactured goods on the market in Great Britain.
There’s also updated guidance on using the UKCA mark from 1 January 2021, which replaces the CE mark. You can use this guidance to find out whether you need to start using this and how to use it.