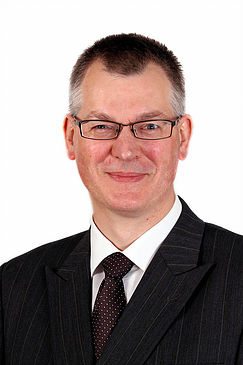 WHATEVER the impact of the EU referendum vote on the wider economy, it has already had an impact as far as uncertainty on future tax laws are concerned, according to John Endacott, Head of Tax at chartered accountants PKF Francis Clark.

Mr Endacott says the timing of the referendum vote on June 23 has disrupted the cycle of considering new tax legislation and this has increased uncertainties for businesses and individuals.

He said: “The usual annual cycle is that following the Budget in March, a Finance Bill is published in April and that this is considered by Parliament during May and June before receiving Royal Assent by the Queen in July. This year, whilst the Budget took place on March 16, consideration by Parliament has been deferred until after the EU Referendum with further delays being caused by the summer recess. The outcome of this is that Parliament will still be considering the Finance Bill in September but there is only a limited amount of time before the Autumn Recess for the party conferences. At the moment no date has been set for the Report Stage which is when the legislation will be substantially complete. Royal Assent is currently expected in October and many provisions in what will then be the Finance Act will come into effect from that date.

“This is not just a matter of things running behind schedule. This Government’s policies have already been subject to a number of u-turns including the announcement made in the Budget on March 16 on academy schools and there was also the Iain Duncan Smith resignation. I am also aware that the Government is proposing to introduce amendments to the Finance Bill as it goes through Parliament to hopefully correct some anomalies that have already been picked up following the scrutiny of the draft legislation by the professional bodies. However this all relies upon having enough Parliamentary time available. A further area of uncertainty is that a Cabinet reshuffle is widely expected after the EU Referendum result – whatever the outcome – such that the Treasury team getting the Finance Bill turned into the Finance Act may be very different from that which started the process.

“A further issue is where measures were announced as being effective from Budget Day, then the legislation needs to be enacted within seven months. It is pretty unthinkable that the legislation won’t get onto the statute book by mid-October but the danger is that consideration of the Finance Bill is rushed and that horse trading is necessary with other political parties in order to get the legislation passed. This is a particular problem given the low Government majority. The irony here is that there are several measures included in this year’s Finance Bill which are backdated to March 2015 to correct errors made when the previous year’s Finance Act was passed in a rush just before Parliament was dissolved for the General Election.

“Whilst issues around the Parliamentary process in getting legislation passed may seem very arcane to businesses trying to make decisions on investment and finance raising, these issues do need to be taken into account and business leaders need to appreciate the additional uncertainty caused.”