Business As Usual For Dorset Entrepreneurs – Despite Brexit Uncertainty 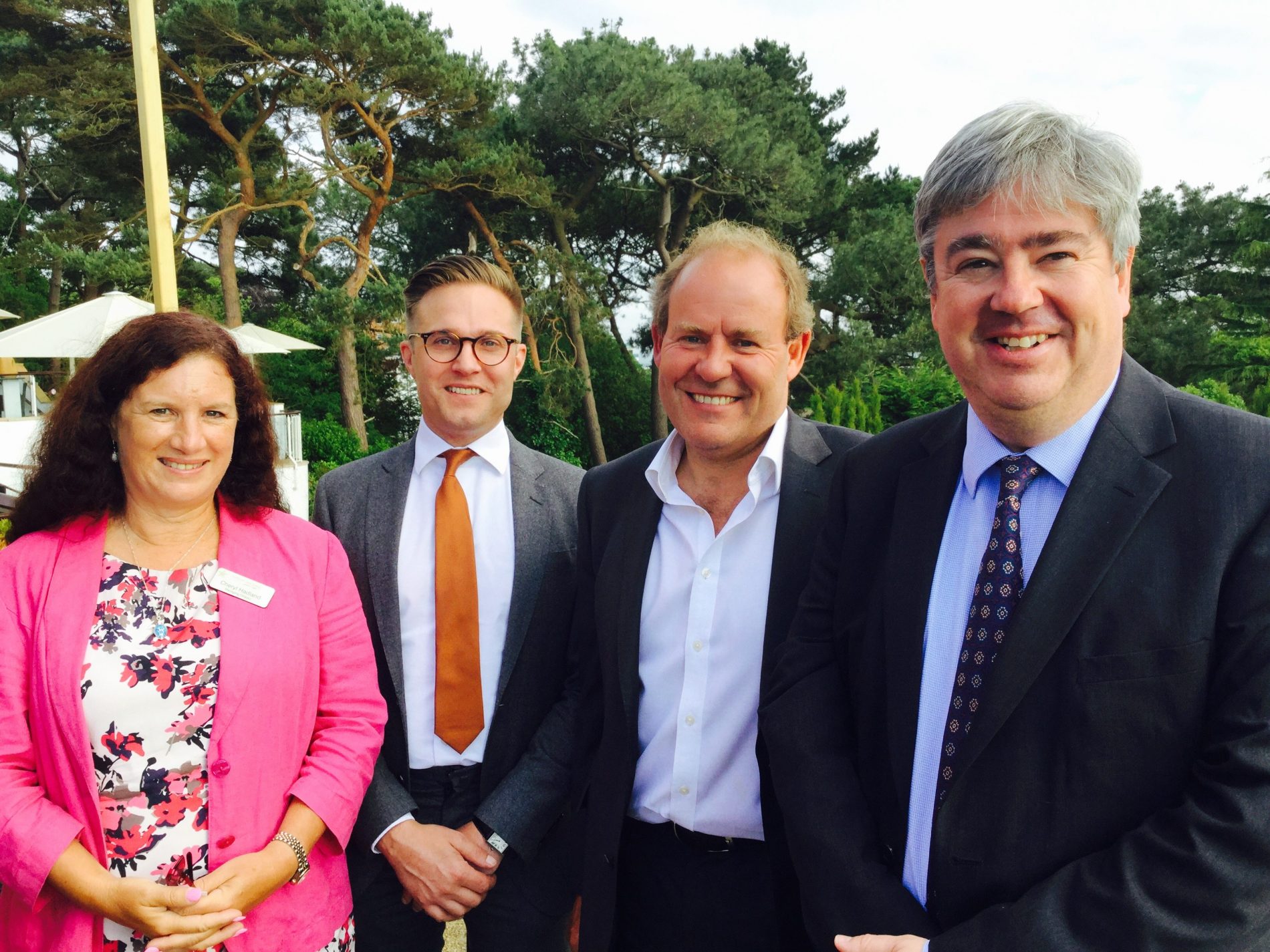 Business as usual for Dorset entrepreneurs – despite Brexit uncertainty

Saffery Champness Chartered Accountants hosted an entrepreneurs’ dinner at the Harbour Heights Hotel in Poole to discuss and debate the results of the firm’s annual Entrepreneurs Survey. The event was ably compered by Bournemouth based, serial entrepreneur Don McQueen who ensured that everyone’s views were heard and discussed. The overriding consensus of opinion was that it’s ‘business as usual’ for the Dorset entrepreneurs, despite the current political climate and uncertainty with ongoing Brexit negotiations.

The recently published survey results incorporated the views of more than 200 business owners and key decision makers in the UK. The survey was conducted during the second quarter of 2017, before the June general election, reflecting the mood of UK entrepreneurs almost one year after the EU referendum result.

The decision to leave the EU as a result of the referendum does not appear to have dented the confidence of UK entrepreneurs – 82% of respondents in 2017 stated that they were either very or quite confident that they would achieve their business objectives over the next 12 months.  This compares to 78% in the 2015 survey.

Saffery Partner Roger Wareham advised, “Confidence in the UK amongst entrepreneurs still remains quite high, despite so much uncertainty politically since Brexit. Entrepreneurs reported to us that they don’t feel unsettled -maybe that’s why they are entrepreneurs in the first place as they thrive in conditions like this. It will be interesting to see if confidence levels change as Brexit negotiations progress and our formal exit from the EU in 2019 approaches.”

With the country at virtually ‘zero’ unemployment it was strongly felt that there is a shortage of workers in both manual and IT skills fields.   Some entrepreneurs are now going further afield and seeking to recruit their staff from outside of the EU.

Alex Bonnet, Managing Director of Venator Recruitment said, “Post-Brexit, it’s really important that the Government needs to look at a more flexible immigration policy in order to make it easier for EU workers to work in the UK and to feel welcome here.”

It was widely accepted that job loyalty has diminished and that ‘jobs for life’ are certainly a thing of the past.

The UK’s productivity levels are known to be some 20% lower than the EU G20 countries but entrepreneurs commented that they felt that the measurement of productivity is flawed and should be interpreted in different ways for different sectors.

Cheryl Hadland, Managing Director of The Hadland Care Group (which includes Tops Day Nurseries) commented, “Productivity and GDP are measures of busyness.  Productivity in the care sector, for example, is about staff hours per resident/child – if we decrease the time spent per resident/child to increase “productivity” this reduces quality of life for both child/resident and for the staff members so it’s not something we should be seeking to do, if unavoidable.

Cheryl continued, “Productivity also doesn’t measure our impact on the planet or on our social environment/human happiness – it’s time we measured those things as well, as a matter of course, because when we don’t measure things we don’t tend to focus on doing anything about them – but I think those things are actually more important then money for most of us.”

Entrepreneurs are often considered to be risk takers. However, 68% of respondents to the Saffery survey described their approach to business risk as being ‘medium’ (risk neutral). 26% of the entrepreneurs that were surveyed said that they adopt a high- risk approach, with the remaining 6% adopting a low risk approach.

Roger added, “We are currently talking to colleagues in our international network about their experience of working with entrepreneurs. Some of them will be asking similar questions to their entrepreneur client bases. It will be interesting to see how the UK survey results, including the approach to risk, compare with entrepreneur groups in other countries, so watch this space for further analysis.

Have entrepreneurs become more risk averse?  Director of Luxury Care Homes, Kevin Gunputh advised, “Managing risks as an entrepreneur is allowing more choices because the entrepreneur is considering all connected risks and thinking it through.  I’d rather take a big risk or not at all.”

What support do entrepreneurs want?

Almost two-thirds of survey respondents want the government to reduce bureaucracy and regulations – one of the key arguments promoted by those campaigning to leave the EU. Only time will tell if the UK’s break from Brussels will reduce the regulatory burden on UK entrepreneurs.

It was discussed that whilst regulation is welcomed within the business environment, it’s how it is applied that is important. Saffery Champness Audit Senior Manager Nigel Ballard said, “’A one size fits all’ approach does not work.  An example of this is with the new GDPR rules which will take effect in 2018. The new regulations are the same for big corporates as they are for sole traders.  Smaller businesses don’t always have the funds available to be able to easily monitor and implement the regulations and will be hit much harder than the big corporates.”

Don McQueen concluded, “It was a lively debate with lots of areas covered.  The positive views of the entrepreneurs in the room showed that ‘it’s business as usual’, despite being in a period of economic instability.”