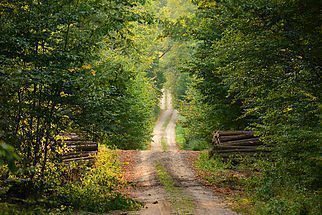 Here Dorset Chamber member Peter Radford from Beyond This shares his story.

About a year and a half ago I came to the brink.  I’m a very active, go-at-the-job-full-pelt sort of person.  I’m rarely, if ever, idle.  I’ve been in education and leadership for twenty years and always prided myself on managing my time very effectively and maintaining a good balance in life.  But it all came crashing down a year and a half ago when I found myself having panic attacks, distressing dreams and physical symptoms of stress.   I had a distressing premonition of a time that felt perilously close: when I might just ‘shut down’. I realised I needed to take some time.

But as a senior leader in one of the country’s largest secondary schools, taking time off was not easy for me – especially for someone like me.  I continued to try to ‘manage’ things from home – keeping on top of emails and responsibilities, fighting the guilt – until two weeks in I hit an all-time low. I remember that day vividly. My tasks for the day were straightforward: do a grocery shop and make a chilli.  That was it. And chilli is my signature dish so it wasn’t like I was stepping out of my comfort zone.  On a normal day that would be done by coffee time.  But on this day, by 2.30 in the afternoon I was just about to start the chilli. I looked at the recipe and suddenly felt completely overwhelmed. I couldn’t do it.  I was panicking. I felt short of breath, my heart rate was up. The task ahead seemed huge.  The clock was ticking….

I called my wife Kirsty at work and struggled to admit the words to her and to myself… ‘I don’t think I can do this chilli.’

‘That’s ok – you don’t have to.’  I remember breathing a huge sigh of relief.  I’d built this up in my head.

‘Really? Ok… I don’t have to… no…’. I lay down on the couch and just concentrated on breathing.

The following three months were a rollercoaster of ups and downs as I struggled to cope with my emotions, feeling overwhelmed by everyday tasks and the fact that I simply could not go fast any more. Which for someone who only really has one gear (FAST!) is really quite strange, difficult, unnerving, frustrating….  I realised for the first time in my life that mental health is just as real as physical health and that if I didn’t allow myself to get well then I could be jeopardising my long term wellbeing and future capability to function.

With hindsight I think I stopped just in time.  It had been building for years but my approach was always to ‘just crack on’.  Which now seems so foolish. That three months ended up being the trigger to change my life and my work. The first big decision was to recognise that I needed to get out of the job I was in.  Not soon, not ‘let’s try and go slower for a while and see how it goes’; but get out and get out now! Anyone in teaching will know that ‘slow’ doesn’t exist.  I seriously worry for the education in this country: I see imminent burnout across a majority of people I know in the profession.  In my view it’s a ticking time bomb. But that’s another blog…

I had been very frustrated in my job for a long time. Which I can see now was a contributing factor to the stress.  If what you’re doing doesn’t resonate with what you believe and who you are then the disconnect will come out in some negative way somehow.  Ghandi said, “Happiness is when what you think, what you say and what you do are in harmony”. The opposite is also true.

So I got out.  The second thing was to start on a new path. So I started my own business as a professional speaker, trainer and coach. I worked out that what I love doing most is inspiring people to realise their potential and become the very best that they can be.  That’s why I went into education, but I don’t think our current educational system is doing that (see my previous blogs). And I realised that my days of going along with someone else’s vision, playing the game, toeing the line, fitting in with the system were over.  Life is too short and too precious to sacrifice to someone else’s agenda.

About a year before all this I had read Charles Handy’s ‘The Second Curve’. In it he posits that all of life can be plotted on a sigmoid curve – like this:

In other words, there’s an initial investment of expense, study or outlay illustrated by the dip at the start.  This is followed by a period of growth and progression illustrated by the upward trajectory. But then inevitably this progress and growth starts to plateau and will peak. And then begins the decline into oblivion.  Potentially, this is your life.  This is the life of any and every business or organisation.  The average life of a business used to be 40 years. Now it’s 14 years. Sometimes the curve is long (the Roman Empire lasted 400 years), sometimes it’s short (like the rise and fall of a reality tv star).

Handy’s point is this: that the secret to longevity, to avoiding that inevitable demise into oblivion, is to begin a second curve.  And then a third curve and then a fourth…. But the knack is to begin that second curve just before you start to plateau and then dip.  It’s much more difficult to begin that new curve if you’re already on the down: self-confidence, resources, creativity… etc are all stretched. It’s possible, just more difficult.

Looking back I should have got out a year earlier. That was the time to begin my second curve. But things were generally good.  If it ain’t broke why fix it blah blah….  I peaked and started to decline.  But I’m pleased to say I’ve started my second curve anyway. And there’s no going back.

I believe anyone at any time can start a new curve if they want to.  In my speaking and coaching I hope to help people, schools, organisations and businesses do just that.  I come across a lot of people and leaders who are unhappy or frustrated in their job or life and feel like they’re not being true to themselves and not on the trajectory they really want to be.  Some have resigned themselves to that downward demise, just hanging on for retirement.  Some are still hopeful that life could be different but just need some help to realign themselves and re-ignite their passion.

Just wondering where you see yourself on the curve?