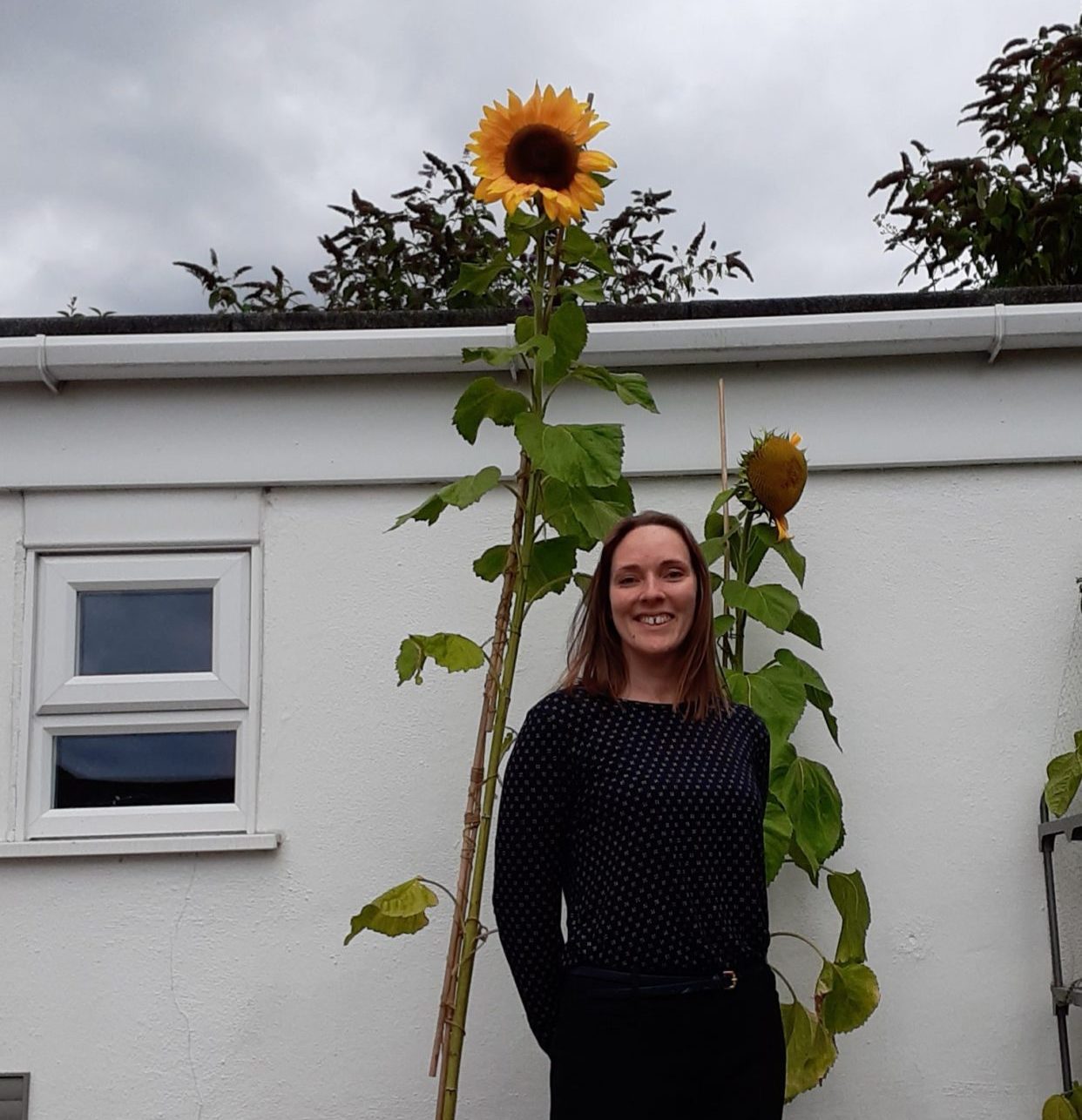 Green-fingered Louise Sutton’s sunflower was pick of the bunch when staff at regional law firm Ellis Jones Solicitors joined in a charity fundraiser.

She claimed the honours for the tallest plant – a mighty 225cms – in a competition held as part of Lewis Manning Hospice Care’s Grow Some Sunshine Campaign.

Ellis Jones, with more than 160 staff and 18 Partners at offices in Bournemouth, Canford Cliffs (Poole), Ringwood, Swanage and Wimborne as well as London, made a donation to the charity as part of the campaign.

“We support many good causes and the sunflower competition was a fun way to get behind a very deserving charity which helps so many people in the east Dorset area.”

Chartered Legal Executive Louise, who works in Ellis Jones’ Wills, Trusts and Probate department, was among the staff who grew their sunflowers from seed in April.

Its Grow Some Sunshine campaign was held to bring families and communities together and show support for the charity and its staff.