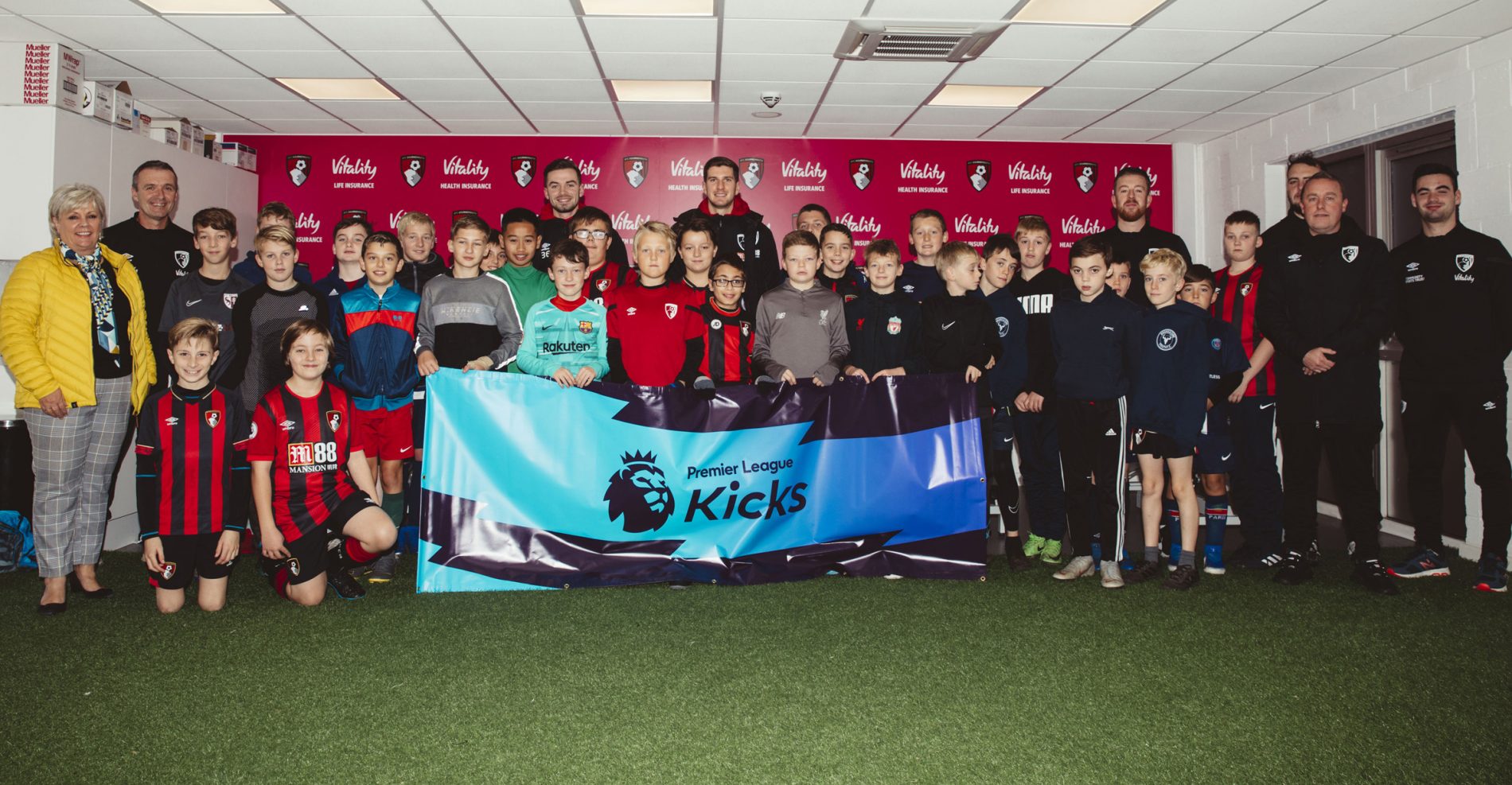 AFC Bournemouth stars Chris Mepham and Matt Butcher delighted a group of young footballers when they turned up unannounced at one of the club’s Premier League Kicks sessions.

The centre-back and midfielder attended a Q&A session and also signed merchandise for the surprised youngsters whose day also included a tour of the Cherries’ Vitality Stadium.

Centre-back Chris, AFC Bournemouth’s project ambassador, said it was both a rewarding and a grounding experience to take part in the session.

More than 1,500 young people a season participate in the growing project which offers free football in a safe environment.

Beales Chief Executive Officer Tony Brown said: “We are so pleased to see that the hugely successful Premier League Kicks programme continues to expand in this region, as the CST adds new sessions throughout the season.

“It encourages young people to get involved in playing sports, which sees them benefit from a healthier lifestyle, improved well-being and, most importantly, offers them a safe environment to enjoy themselves.

“Beales’ position is at the heart of the community we serve – as is AFC Bournemouth’s – as we see it very much as part of our social responsibility to give something back to the people who support us.”

Amy Marks, the club’s Partnerships Manager, said: “Beales department stores began trading in 1881 and last year was put under its new ownership after a management buyout.

“We are particularly thrilled that as Beales is returning to its philosophy as a family department store group offering fine brands and products at attractive prices, the business should continue to show the Cherries so much support.”