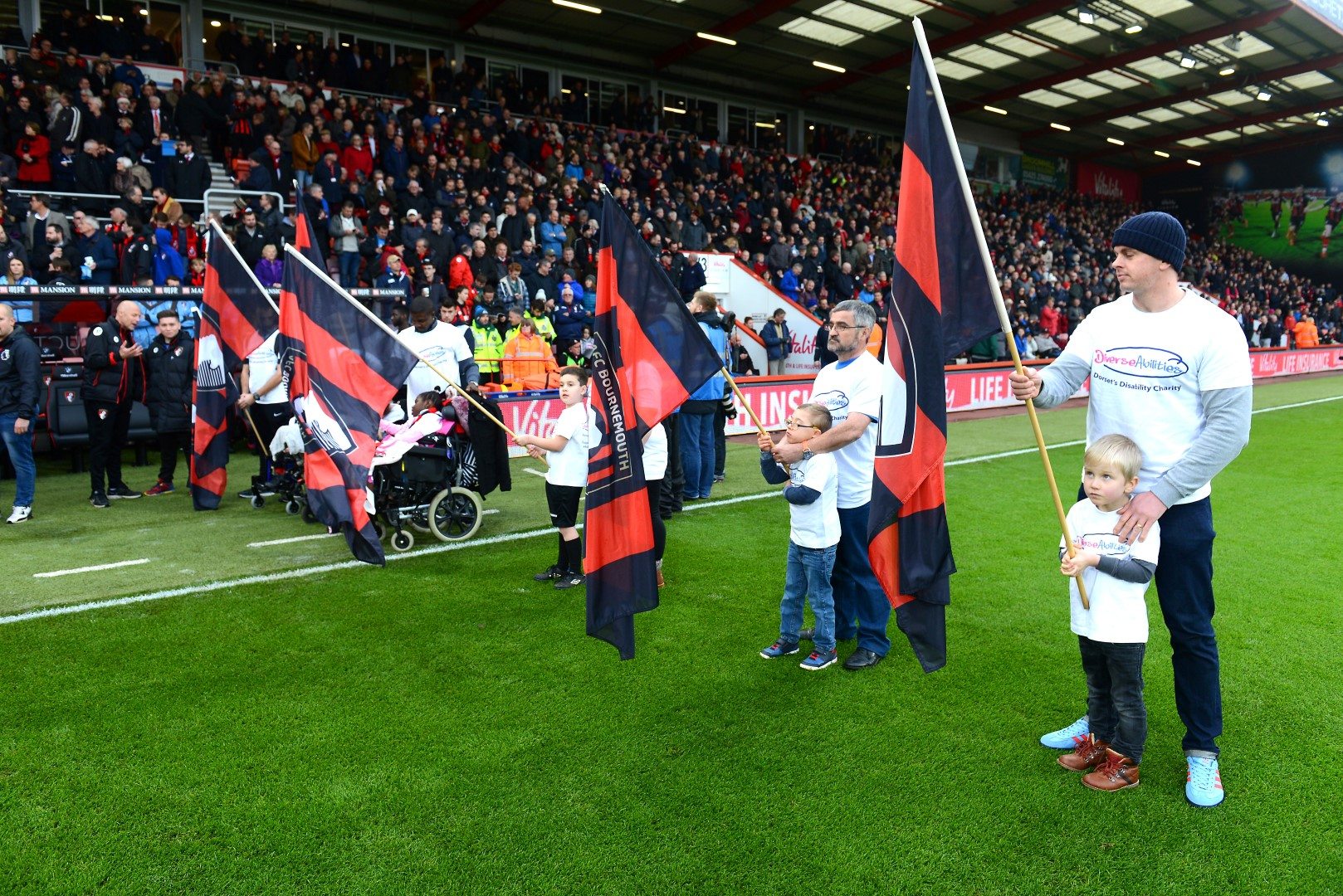 AFC Bournemouth’s Premier League clash with south coast rivals Southampton was a special occasion for the children supported by Dorset disability charity Diverse Abilities.
As one of AFC Bournemouth’s four chosen charities to be supported throughout the 2016-17 season, Diverse Abilities and a group of children the charity supports were invited to attend the match at the Vitality Stadium on Sunday 18th December, not only as spectators but also to act as official flag bearers for the teams as they ran out onto the pitch.
The flag bearers were kitted out with Diverse Abilities shirts and AFC Bournemouth flags and welcomed the two opposing sides onto the pitch for the kick off, before the Premier League game was played in front of 11,000 fans at the stadium and broadcast to an audience of millions around the world.
The children and parents were invited to stay and watch the game, which Southampton won 3-1. However, even the result couldn’t put a downer on such a great day for Diverse Abilities.
One parent, Matt Sutton, dad to Jenson, said:“What an amazing day! If highlights of Jenson being a flag bearer, the players patting him on the head as they came off the pitch from the warm up and Eddie Howe shaking my hand weren’t enough, being able to sit next to my boy and enjoy the whole game together and live the excitement he got from the crowd while listening to the songs I had already taught him and to celebrate a goal with thousands of people, will be an experience I will never forget doing with him!"
Diverse Abilities corporate and community manager Fiona Hansford also attended the match and said:“Through providing this opportunity, AFC Bournemouth have given so much more than they know to the children and their parents. It has meant so much, an amazing Christmas gift and we can’t thank the football club enough.”
AFC Bournemouthhave also supported the Diverse Abilities through a specially run golf day and by donating signed merchandise to the Diverse Abilities Gala Ball.
If you would like to support Diverse Abilities in 2017 why not get in touch or visit the charity’swebsiteto find out how you can get involved.