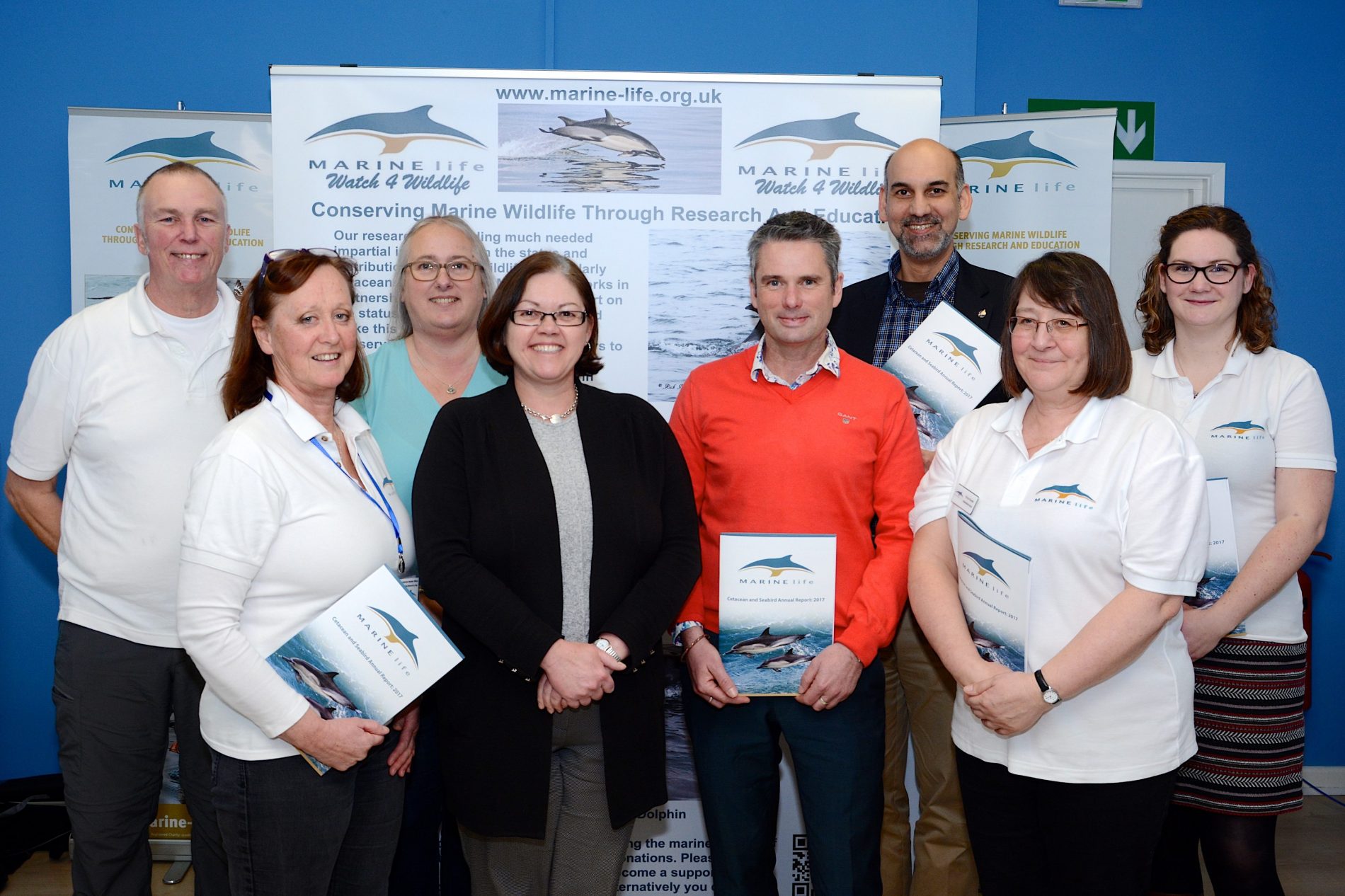 MARINElife, the charity that aims to further conservation of marine wildlife, hosted its annual conference at the Dolphin Shopping Centre in Poole.

Aptly named ‘Dolphin Day’, the invite-only conference took place on Saturday February 24 in the shopping centre’s conference room. The Dolphin Shopping Centre sponsored the event, further to announcing MARINElife as one of its nominated charities for 2018 at the beginning of the year.

Delegates were given an insight into conservation research on dolphins and other marine animals nationwide and particularly off the coast of south west England. Nearing its 1000th survey, MARINElife also took the opportunity to describe results from sea surveys conducted last year.

‘Dolphin Day’ comprised a series of presentations, including comments from Mark Constantine, CEO of Lush Ltd and from the Mayor of Poole, Lindsay Wilson. Workshops for surveyors, volunteers and local supporters followed in depth presentations from Tom Brereton, research director at MARINElife and Rachel Davies, conservation science manager at MARINElife.

John Grinnell, centre manager at the Dolphin Shopping Centre, commented: “We’re delighted to have sponsored this event to support the important work the charity undertakes to further the conversation of the wildlife of oceans and coasts.

“It was really interesting to hear from the directors and trustees about the direction their charity is taking this year. Supporting this charity is a great fit for us and our eco-friendly initiatives. We have recently been awarded a Green World Award for our environmentally friendly practices and it’s rewarding to support a charity that mirrors our sustainable agenda.”

Rick Morris, chair of trustees for MARINElife, commented: “We’re so grateful to the Dolphin Shopping Centre for sponsoring and hosting our annual conference. This new partnership is very exciting for us. All money raised will help support the funding needed for scientific research on whales, dolphins and seabirds in the ocean.”

MARINElife further promoted its scientific investigations and educational activities to local shoppers on Sunday February 25 at the customer acquisition stand in the shopping centre.