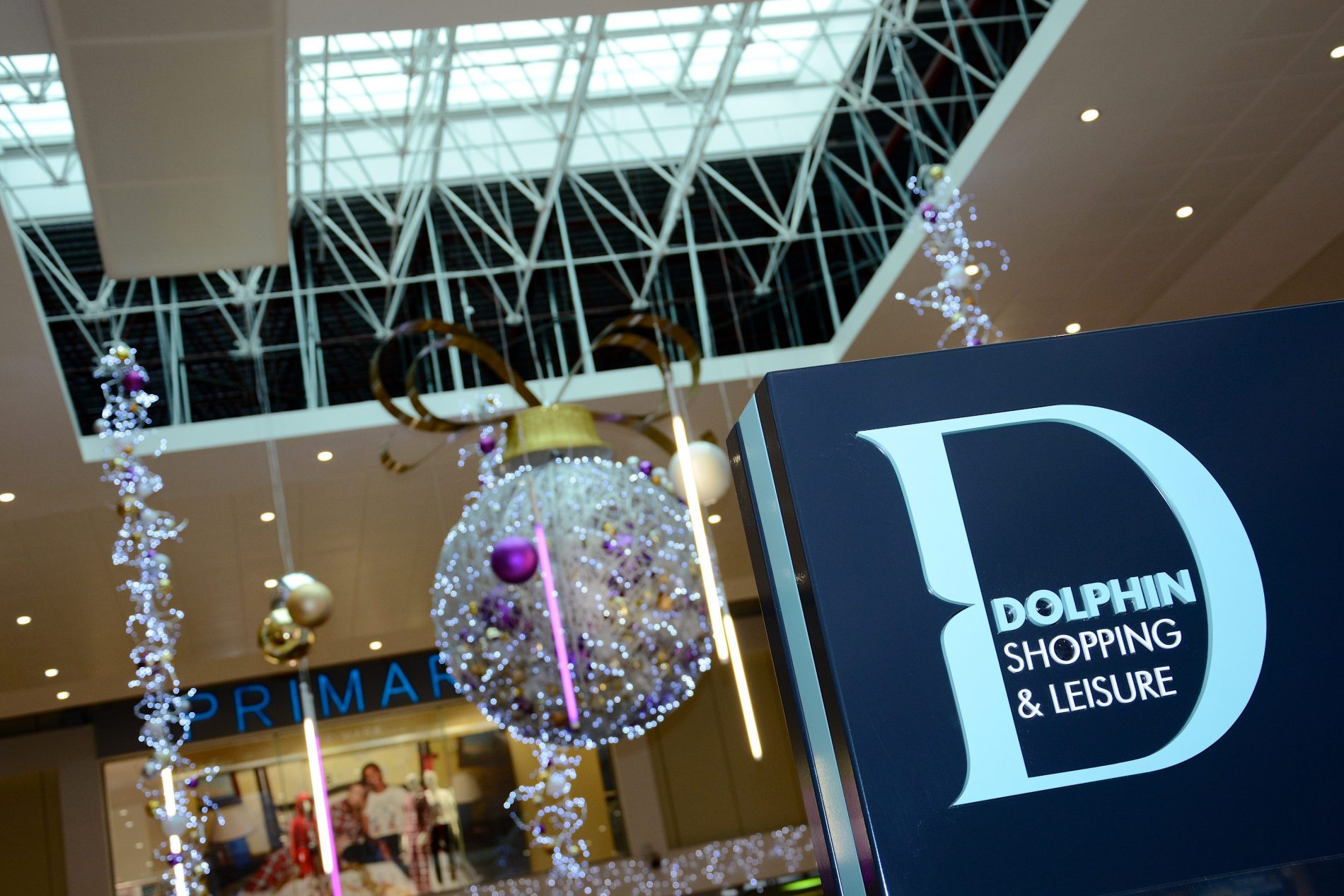 The Dolphin Shopping Centre in Poole has raised £368 over the festive period for each of its nominated charities for 2017, Lewis-Manning Hospice and Chestnut Nursery.

John Grinnell, centre manager at the Dolphin Shopping Centre, said: “We were delighted to support both Lewis-Manning Hospice and Chestnut Nursery throughout our fundraising activities last year. We’d like to take this opportunity to thank shoppers for their kind donations throughout the year, and in particular over the festive period.”

Lewis-Manning Hospice is a charity providing day care and end of life care to around 900 local people each year living with cancer and other life-limiting illnesses in East Dorset. Fundraising activities for the hospice included an event in Poole Park in September for which the Dolphin donated floating candles. ‘Time to Remember Walk’ helped raise more than £2,000 for the Hospice.

William Roberts, director of development at Lewis-Manning Hospice, said: “We are very happy that the Dolphin Shopping Centre chose Lewis-Manning Hospice as one of its nominated charities. A sincere thank you to everyone who has donated, we really appreciate it. The hospice provides care to over 900 local people with life-limiting illnesses every year and this is only made possible by the support of our wonderful community.”

Chestnut Nursery is a local project which aims to use horticulture to restore well-being for adults with severe and enduring mental illnesses. Last year, the shopping centre raised a total of £646 for the mental health charity and plant nursery.

Last year was a first for the Dolphin Shopping Centre, with its very own pots of honey going on sale, produced from the beehives of its own rooftop garden. Jars of honey were sold at the centre, raising £278 for Chestnut Nursery. Also, in the run up to Christmas, staff from Chestnut Nursery were given space in the shopping centre to sell Christmas stock which helped raise an additional £700 for the plant nursery.

Angela Mansbridge, project manager at Chestnut Nursery, said: “We would like to thank the Dolphin Shopping Centre for all its support and hard work raising funds for us. We will be using the money raised to buy materials and items needed for our winter renovation projects. The projects are really important in keeping our volunteers occupied and well at this time of year.”

The team at the Dolphin Shopping Centre in Poole is continuing its fundraising efforts for another year by nominating two additional charities, yet to be revealed.