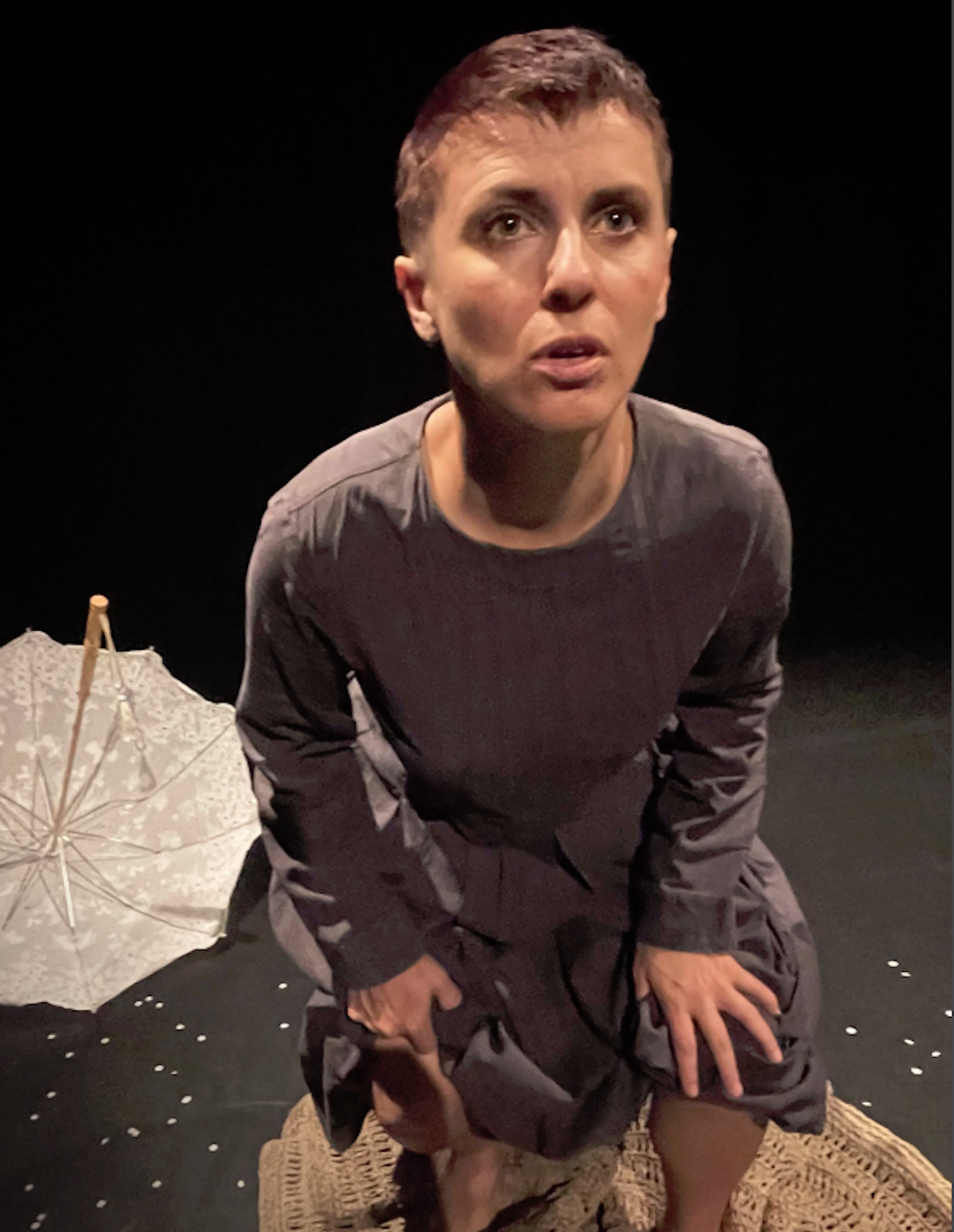 Bournemouth-based artist and theatre-maker Lucyna Rossa will reach deep into her Polish family’s history to share a very personal performance next week as part of Dorset Artists Festival at Lighthouse, Poole’s centre for the arts, that will resonate with the terrible human cost of the war in Ukraine.

Performing on Tuesday lunchtime as Transatlantky2, Lucyna’s work-in-progress entitled In the Shape of a Woman examines what it means to be a woman and draws on the experiences of three generations of Polish women – her own, as well as her mother’s and grandmother’s.

“It is a one person show, an attempt to get to grips with what it actually means to be a woman,” she explains. “I search to answer this question by confronting through poetic means three generations of Polish women, two before me and myself. We all had challenges to make sense of where we stand in changing, uncertain and sometimes life-threatening conditions. It is a dreamlike account.”

The twenty-minute performance is just one of a series of presentations from Dorset-based theatre makers, musicians, comedians, and circus performers – plus some puppets – taking place at Lighthouse on Tuesday (24 May) in the Sherling Studio, foyers, and function rooms as part of the first Dorset Artists Festival.

Tuesday evening will see a performance of Dearly Beloved, a eulogy with a difference performed by incredible circus eccentric Charlie Bicknell, for which a limited number of tickets are available to the public.

That’s followed on Wednesday by a series of five-minute pitches and a day of debate and provocations, a time for professional performers, theatre-makers, producers, and promoters working in Dorset to reflect, make connections and contribute to future planning. Organisations including Lighthouse, Activate and the Arts Development Company, as well as artists, will join in a symposium event examining how best to support artists and further develop the arts in Dorset.

Over the two days some 50 artists and creatives, plus delegates from venues, agencies, promoters and funders, are expected to participate.

But for Lucyna in particular, her involvement feels very personal, even more so in the light of the atrocity of war in Ukraine, as she explores ideas around identity, home and homelessness, and our relationship with the earth, sexuality, and spirituality.

“My grandmother, whose story features here, as a teenage girl was kept as a slave in Germany after narrowly escaping the Nazis. After the war ended, she walked nearly 1000 miles to get back home. Ukrainians are being kidnapped and resettled against their will at this moment in time and my grandmother recognised the warning signs of the current conflict several years ago.

“My mother and father tried to make sense of life under Russian occupation and Polish people have the trauma of genocide and war passed down in their DNA. There is huge awareness of our history with Russia as an occupying force and the generosity of Polish people towards Ukrainian refugees is testament to this.”

Delegate places and tickets can be booked at www.lighthousepoole.co.uk.