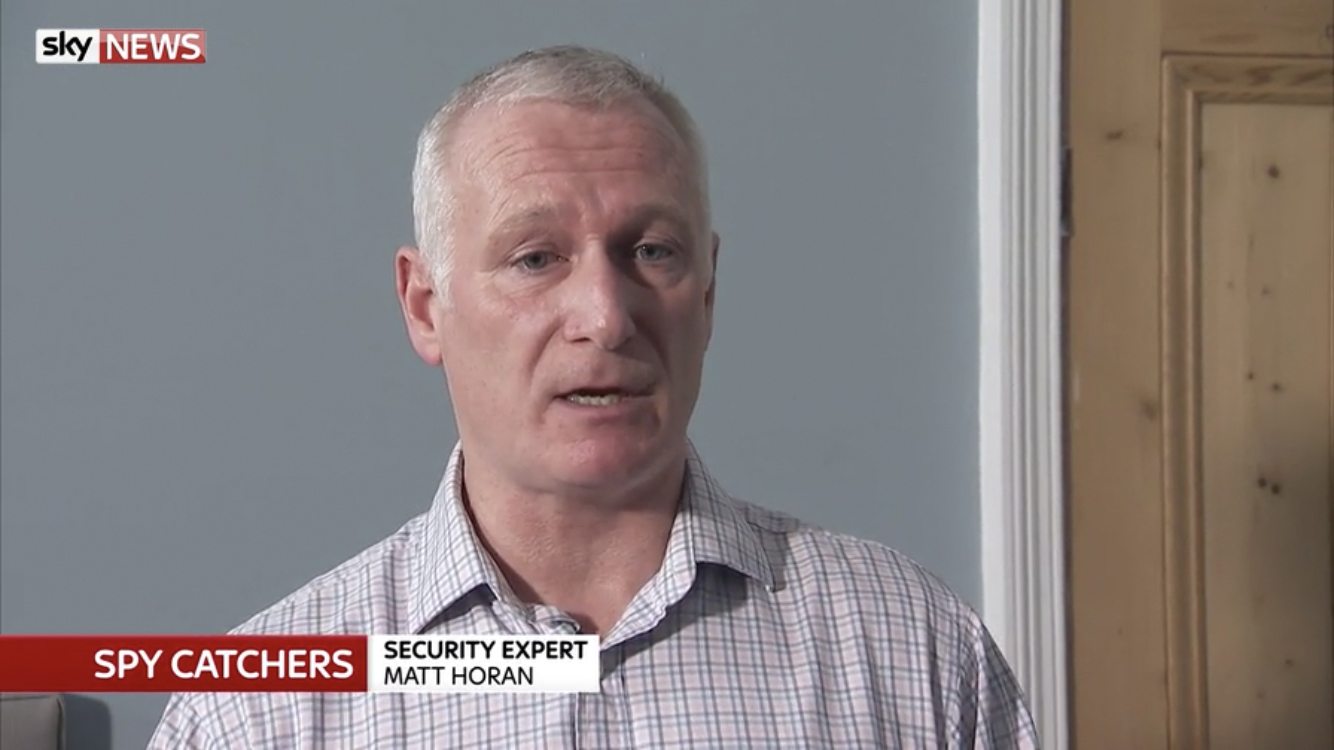 Matt Horan, security director of the business that is headquartered in Poole, Dorset, believes publicising the industry is crucial in the fight against cyber-crime.

The Sky team was following up an article in the Times in which C3IA Solutions spoke about the increasing demand for its TSCM work – known in the vernacular as ‘bug-sweeping’.

Filmed just before Christmas, the item demonstrated how a job of this nature is carried out.

Matt Horan said: “When the National Cyber Security Centre (NCSC) became an open and transparent body we made a decision to assist by publicising the sector.

“While TSCM work is a small part of the business the information in the Times and on Sky News will hopefully have altered people to the dangers and risks that are always present in the cyber sphere.

“We filmed for a few hours and while the specifics of a job were not relayed in huge detail due to filming practicalities and the need for our own security, it certainly gave a flavour of what we do.

“We are doing more TSCM work for businesses, organisations both in the public and private area, as well as for high net worth individuals.

“Listening devices are of such good quality, so cheap, small and easy to hide that gaining intelligence on a competitor, business rival or even a spouse has never been easier.

“I was interviewed about the types of devices that we find and more generally about the business.

“James Moos, our Technical Security Group lead, was also interviewed and gave an overview of how we approach a TSCM job.

“And Gaz Watkins, who was trained by the Foreign and Commonwealth Office in this area of detection, explained the detail of how a sweep takes place.

“From the feedback I’ve received, the item that ran throughout the day really did help alert people to dangers they had previously dismissed or were unaware of.

“Obviously the Cyber Essentials certification and General Data Protection Regulation are things that businesses are now dealing with so they are becoming aware of the need for cyber security.

“But the more we can do to highlight risks – from phishing scams to state-sponsored attacks – the better for everyone.”