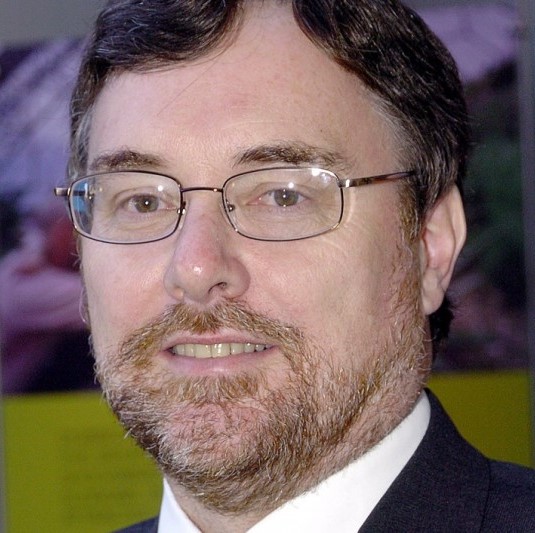 The 2020 economic crisis hit output and employment by deliberately shutting down activity to support public health.  The resulting recession puts financial pressure on many households and businesses.  The current downturn shares characteristics with most previous ones but has been extreme in three main ways:
1) speed of onset (March-April 2020),
2) severity of impact (worst contraction for centuries), and
3) source (anti-pandemic policies).

As explored in previous blogs, the policy response has been bold in terms of the size, speed, scale and scope of the measures taken.  The debate as to its effectiveness will continue for some time.

The Covid19 recession has restricted innovation, investment and business starts (entrepreneurship).  It has largely frozen inter-regional “levelling up” of competitiveness and capacity and it has emphasised existing “skills gaps” (deficits, inadequacies and shortages).  The prognosis for this crisis covers a spectrum of opportunities and blockages for future productivity and jobs led growth.  It opens a debate about the prospects for regional economic development across the 9 English regions and the 3 devolved administrations, and within the 38 Local Enterprise Partnerships (LEPs).

This report summarises a broad approach to regional development.  Happily, it accords broadly with the views of Andy Haldane, Chief Economist of the Bank of England and Chair of the Industrial Strategy Council, as expressed recently to members of the Society of Professional Economists.  Hopefully, post-crisis, regional development will get the sustained political support it needs to transform the UK’s long-term economic performance.

The UK Industrial Strategy (2017+) – the current framework for long term growth – probably needs to be refreshed in light of current events.  What should regional development look like beyond the collapse and limited recovery of 2020?

The history of UK industrial strategies is not a happy one.  Generally, they have been inconsistently applied and short-lived.  Political interference, (from all parties in government), has often hamstrung the institutions, the funding and the processes of regional development.  This has tended to undermine the effectiveness of policy and delivery.  As examples in other countries indicate (e.g. post-war Germany) regional development works best through persistent application over the long run.  UK leaders have not maintained programmes and structures long enough to achieve a step change in local performance.  We await confirmation of whether Boris Johnson’s Government will stick with the LEPs as its local delivery agents as well as the Industry Strategy Council, (set up in 2018 as an “OBR equivalent” to monitor and assess future efforts to focus regional development through investment in infrastructure, skills, innovation and place).

Resilient infrastructures and productive investment are prerequisites of economic success for the mid-21st century.  Three priorities stand out:

Despite some great UK businesses that innovate and grow strongly across place and activity, the aggregate productivity performance of the UK economy over the last decade or more has been abysmal in absolute (total level and rate of growth) and relative (compared with competitors) terms.  There is a “long tail” of modest (or worse) regional performance, with too many “zombies” (firms barely hanging on after the 2008/9 recession and now ‘frozen’ by the 2020 recession).

There is a longstanding disconnect between UK research excellence and development mediocrity.  As the pandemic has exposed, some industries have risen well to the challenge but, generally, there is a lack of robust capacity on the supply side (undermining the UK’s economic resilience).  This lack is both quantitative and qualitative.  Looking ahead, in order to create jobs with higher productivity, the UK needs better and more investment in physical capital (innovation, investment and infrastructure) and human capital (skills from higher/further education, vocational/on-the-job and social training).

To this end, the government and other development agencies should follow a national plan (industrial strategy) with local delivery that
1) recognises existing deficiencies,
2) identifies future opportunities, and
3) delivers on intentions and incentives.
This strategy warrants agreed policies and priorities to be applied and driven forward consistently over the next decade, (and beyond).  Local capacity to analyse, specify and deliver ‘new’ regional development is patchy and in need of sustained enhancement across the English regions.  It would help to integrate policies and actions locally for education, transport, health and business.  This will require greater co-ordination of effort, encompassing key institutions of local government, business, and education.

This is no easy task.  Real change in the pace and efficacy of regional development takes years to implement and longer still to yield tangible results.  A pipeline is needed to bolster physical and human economic capital: one linked closely with the wider capitals of intelligence, society and nature.

The UK Industrial Strategy Council is reviewing its ideas for regional development by researching a range of matters, such as:
1) lessons from levelling up in other countries,
2) capital-led productivity for clean growth,
3) calibration of supply chain resilience,
4) skills and innovation measures that identify R&D lags/gaps from a wide            range of arts and sciences.
As this intelligence emerges, Dorset’s leaders – (local government, state agencies, business groups and academic institutions) – should use it to gear up economic incentives and interventions.  They must process, adapt and implement suitable regional development plans that deliver real gains in productive performance.  This might include initiatives for local finance (“Southern Bank”), local transport and communications (road, rail and fibre co-ordination, especially around and within the BCP conurbation) and local skills (invigorating the school-higher/further education-apprenticeship-retraining ability chain).

Meanwhile, the short-term economy is improving, although many households and companies remain cautious.  Labour intensive and low productivity industries are still the most sluggish.  Sales are increasing but remain below capacity across many sectors yet there are also shortages of key products and components, causing businesses to take action to reduce costs.  July’s retail sales volumes were up 3.7% on June and the UK PMI activity indicator was a strong, at 60.3 in August.  Most businesses have restarted activity but are operating at lower turnovers.  There is a wide range of experience from buoyant on-line, modest hospitality and weak clothing and footwear sales.

It is hoped that current risks to health and economic activity will gradually fade, allowing most furloughed employees to return to work.  Nevertheless, existing announcements suggest unemployment will rise this winter, perhaps doubling from 3.9% towards 7.5-8.0%.  It would help if a comprehensive trade agreement could be forged with the EU before 2021.  The danger is that as domestic support schemes inevitably run out, the recovery stalls.

Last quarter’s 20%+ drop in national output (real GDP) was horrific, but this quarter (July-September) could see a double-figure rebound – the Bank of England expects 18%.   This will leave the level of activity well below its Q4 2019 peak but, at least, it will feel better.  Some confidence should return, as long as a second “lockdown” is avoided.  No one expects interest rates to rise until inflation is approaching 2% and spare capacity is used up.  It will take several more years to get out of the negative real interest rate trap but, at least, government can support local and regional development on relatively cheap borrowings.

As highlighted in the previous blog (5), recent demand and supply disruptions have put finances in turmoil with immediate cash flow needs prompting higher corporate loans, especially to SMEs.  Between March and June, the Bank of England calculates about £80bn of corporate funds were raised, roughly 56% from banks, nearly 33% from the securities markets and the rest from the special state measures.  This has helped to keep insolvencies and redundancies fairly low, at least for now.

The banks have strong capital ratios, with reserves of about 15% versus an estimated minimum need of about 6% (and compared with 4% at the time of the 2008 crash).  Therefore, the Bank of England’s “reverse stress testing” suggests the banking system can cope with most extreme conditions.  Hopefully, as long as their inherent survival is not threatened, it is in the banks’ interests to keep lending in order to minimise the long-term damage of the recession on the private sector, albeit that there is some concern about what remains viable.

Moreover, it is in the nation’s interest for government and its agencies to support this flow of funds.  But, with UK debt exceeding £2trn for the first time ever, there is some limit as to what more can be accessed and a need to spend effectively.  Hopefully, the forthcoming Comprehensive Spending Review will reflect this and drive a bold, new and long run regional development process, along the path outlined here.