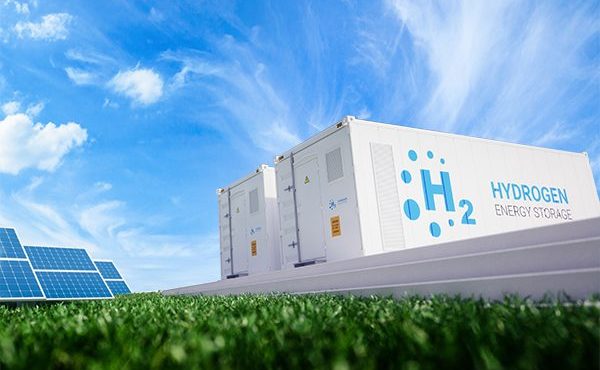 The hydrogen economy in the South West has taken a huge step forward with the completion of a £6.5 million funding package that will enable Dorset-based Canford Renewable Energy Ltd to deliver its Dorset Green H2 facility, the first of its kind in the region.

Unlike many other hydrogen projects which may use fossil fuels to produce the fuel, the Dorset Green H2 facility will use only renewable energy generated by on-site solar and landfill gases to make green hydrogen, a clean, zero-emission fuel.

The site, previously used for landfill, has been used to generate electricity by harnessing naturally occurring methane gases from landfill since 1996. This legacy will be continued through this exciting Dorset Green H2 project.

Green hydrogen power will play an important role in moving polluting, energy-intensive industries and heavy transport such as shipping, HGV lorries and trains, away from fossil fuels. It is recognised by the government as an emission-free fuel for use in vehicles, homes and much more. Producing only water vapour and oxygen as by-products, green hydrogen is a central part of the UK government’s plan to reach net zero.

Published in August 2021, the UK Hydrogen Strategy states an ambition to have a world-leading hydrogen economy and identifies hydrogen as having the potential to provide a third of the UK’s energy in the future.

Housing Minister, Eddie Hughes, Department for Levelling Up, Housing & Communities said: “I am delighted to see funding go towards such a positive development in the South West, a real catalyst for a green hydrogen economy in Dorset. It is a priority of this Government to level up opportunities and create a greener, more sustainable future”.

The facility at Canford Resource Park, Poole, is expected to be operational later this year and is being funded via £3 million from Dorset Local Enterprise Partnership (LEP)’s Growing Places Fund loan scheme, a £1.5 million grant from Low Carbon Dorset, a £1.7m loan from NatWest and equity funding from Canford Renewable Energy.

Cecilia Bufton, Dorset LEP Chair, said: “The UK needs green hydrogen to meet its future energy requirements and we are delighted to award funding to the Dorset Green H2 project, the first of its kind in the South West of England.

“Our recently published Dorset Low Carbon Opportunities document, which maps out options for Dorset to become net zero by 2050, identifies hydrogen as a major investment opportunity and key contributor to Dorset’s clean growth, alongside activities such as decarbonising the grid network, transport and heat. This project will be a springboard to stimulate hydrogen production in Dorset, taking us a step closer towards our net zero goal for the county.”

Dorset Green H2 will see the installation of a 5-Megawatt (MW) ground-mounted array of solar panels at the site, which on overcast days and overnight will be supplemented by electricity produced from the site’s existing landfill gas.

Low Carbon Dorset Programme Manager, Heather Kiel, said: “Dorset Green H2 is a truly innovative project that really showcases a determination in Dorset to invest in renewable and cutting-edge energy. We are thrilled to support Canford Renewable Energy to jump-start the local hydrogen economy and drive the county forward on its path to net zero.”

Energy generated by renewable sources at the site, will consistently power a 0.87MW electrolyser, producing up to 120,000kg of green hydrogen fuel each year to be compressed, stored, and sold for local and regional use as a carbon free fuel. Hydrogen fuel ­is recognised as being superior to battery-electric power when it comes to large vehicles, particularly in terms of range and time to re-charge and re-fuel, which takes minutes rather than hours. As the green hydrogen economy develops, there may be opportunities to decarbonise large vehicle fleets in Dorset.

Nathan Ross, Managing Director of Canford Renewable Energy said: “Canford Renewable Energy is an experienced, long-term developer and operator of renewable energy infrastructure. Dorset Green H2 is leading the way for the development of a hydrogen economy in Dorset and the South West, and we are looking to bring forward other green hydrogen production projects in the region.”

Mark Dancer, NatWest’s Commercial Relationship Director Dorset, said: “This is a significant infrastructure project with the potential to put Dorset and the South West at the forefront of the UK’s clean, green-fuel economy. We have been delighted to work alongside all parties involved in supporting the financing of the initiative. It aligns to our own climate objectives, which include helping our customers benefit from the many opportunities transitioning to a low carbon future will hold.”

Stay up to date on this project and all things #DorsetNetZero on Twitter and LinkedIn and discover Dorset LEP’s ambitions to tackle climate change for the county to be net zero by 2050 at: www.dorsetlep.co.uk/dorset-net-zero.