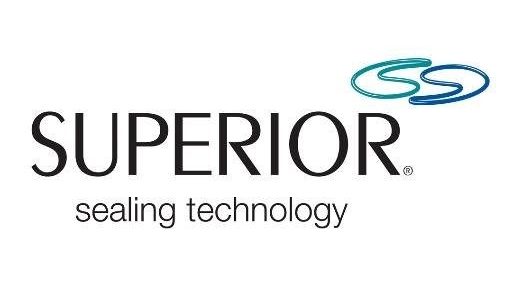 Superior, a Dorset manufacturer of high integrity O-rings and seals, has been announced as the national winner of the ‘Medium Employer of the Year’ category at the National Apprenticeship Awards 2017.

The awards took place on Thursday January 18 at the Grosvenor Hotel in London, in recognition of the top businesses that employ apprentices.

On winning, Tim Brown, managing director of Superior, commented: “We are extremely proud to be recognised against so many other fantastic manufacturing companies across the country that offer apprenticeships.

“It’s such an honour to be given this award for our contribution to apprenticeships and is a great encouragement for us to maintain and develop our strategy of continuous re-investment in our Academy. Our apprentices are a key part of Superior’s future and success; we will continue to grow the amount of apprentices we take on each year.”

The Academy was opened by the Duke of Kent and the Lord Lieutenant of Dorset in 2012 and has since gone from strength to strength. Manging director Tim Brown was awarded an MBE in 2016 for the company’s commitment to apprenticeships and charitable services.

Ben Clarke, quality manager at Superior, commented: “We see the benefits from our Academy on a daily basis. I feel privileged that week in, week out, I have the opportunity to mentor and develop our apprentices into roles where they can reach their full potential. As a former apprentice myself, and having seen the Academy grow from the beginning, I am so proud that we are recognised nationally against so many other prestigious companies.”

Now in its fourteenth year, the National Apprenticeship Awards recognise businesses that grow their own talent with apprentices as well as the apprentices that make a significant contribution to these workplaces.

Superior was up against competitor employers Invotra Limited, based in Woking and Maycast-Nokes Precision Engineering Ltd, based in Halstead. The ‘Medium Employer of the Year’ category was sponsored by The Royal Navy.

Sue Husband, director of the National Apprenticeship Service, commented: “This year’s winners are all shining examples of how apprenticeships develop outstanding talent whilst enhancing the incredible work of employers. I am certain all of our winners have a bright future thanks to the enriching benefits that apprenticeships bring.”

After a tough selection process the most exceptional apprenticeship employers from all of the National Apprenticeship Awards employer categories went forward to feature list in the list, highlighting the breadth of employers that now offer apprenticeships.

Commenting on the company’s entry in the Top 100 Apprenticeship Employer list, Katie Bodman, head of training academy at Superior, said: “It’s a true honour to be included in this exceptional list. We’re delighted to be recognised as a medium employer for our contribution to apprenticeships with so many other great companies.”