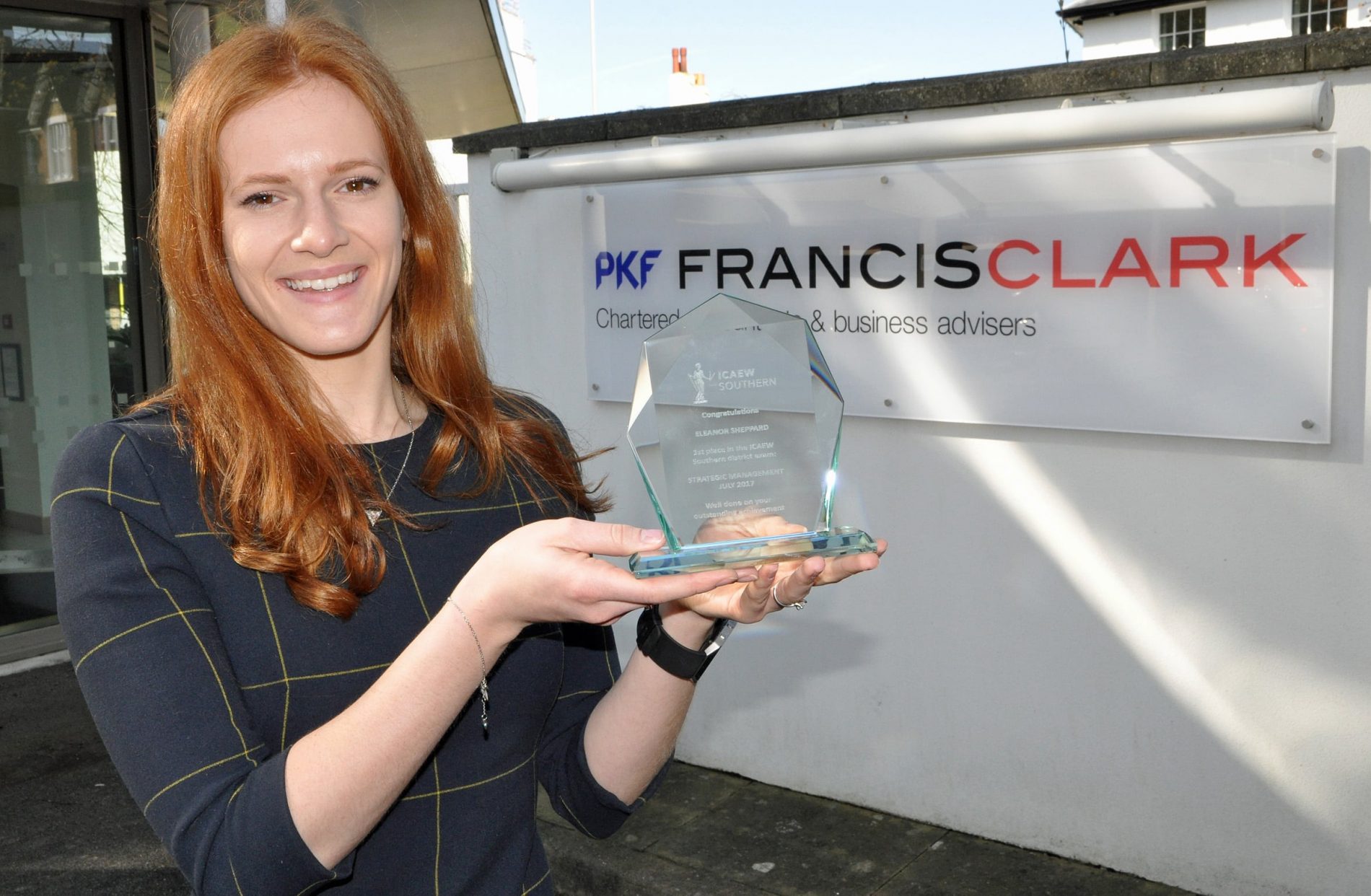 Accountant Ellie Sheppard is the toast of her firm after achieving the highest score in the South in one of her professional exams.

Ellie, an Accounts and Audit Senior at the Poole office of PKF Francis Clark, was awarded a special prize from the Institute of Chartered Accountants in England and Wales (ICAEW) for her ‘outstanding’ achievement.

The 24-year-old, who attended Parkstone Grammar School before studying at Cardiff University, came first in the South in the ICAEW Strategic Management paper with a score of 78 per cent.

She was presented with a glass trophy at the 52nd ICAEW Southern annual dinner and drinks reception held at the new Southampton Harbour Hotel.

Ellie was joined by other ICAEW members in the South, business professionals and fellow prize winners at the black tie event. The awards were presented by Nick Parker, ICAEW President, and Professor Martin Broad, Head of Southampton Business School.

“Coming top in the South was a total surprise but I’m very pleased if not a little shocked,” said Ellie.

PKF Francis Clark Partner James Robinson said: “Ellie’s success is a fantastic achievement and very well deserved. Everyone in the firm is very proud of her.”

Ellie joined PKF Francis Clark as a graduate trainee in 2015.

The award-winning firm has eight offices across Cornwall, Devon, Dorset, Hampshire, Somerset and Wiltshire including Poole and New Milton.