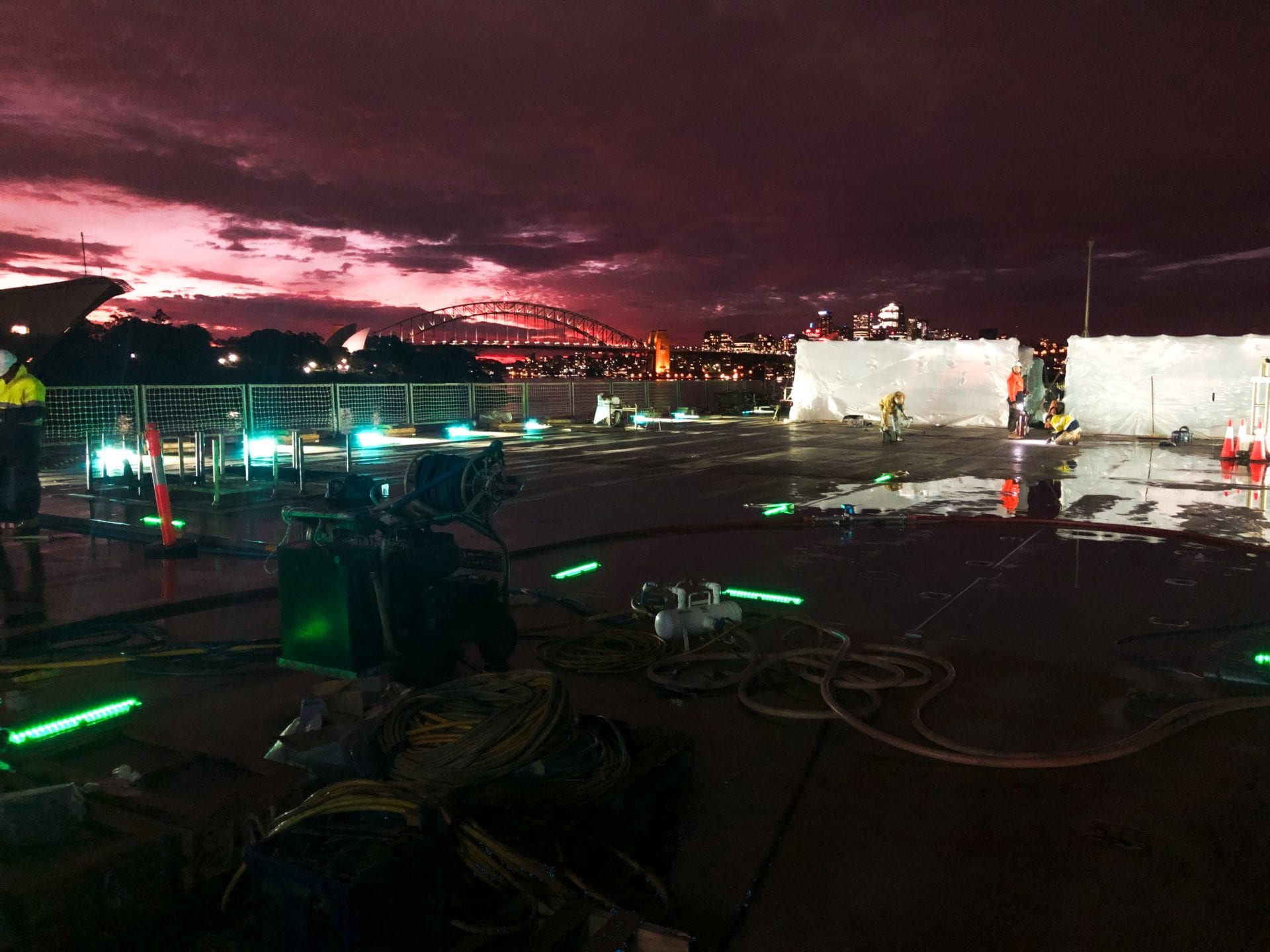 A collaborative effort between the Royal Australian Navy Capability Acquisition and Sustainment Group (CASG), Atlantic & Peninsula Australia (A&P), AGI and Owen International saw the delivery of an integrated digital system of advanced visual cues, with the capacity of being seamlessly upgraded to support UAV systems in the future.

Owen International, who support and sustain AGI’s systems in Australia and New Zealand, commissioned the new Visual Landing Aid System and attended the First of Class Flight Trials which were conducted off the east coast of Australia by the RAN’s Aircraft Maintenance and Flight Trials Unit (AMAFTU).

AGI Managing Director, David Hyde commented: “this is a very significant achievement, a milestone in the continued growth of our sustainment capability with Owen International in the Asia Pacific region. The successful commissioning of the system by Owen has set a new benchmark in the development of AGI`s Australian Industrial capability”.

As the global capability for supporting the operation of Unmanned Arial Vehicles (UAVs) progresses, the system can be seamlessly upgraded to incorporate automated UAV landing features.