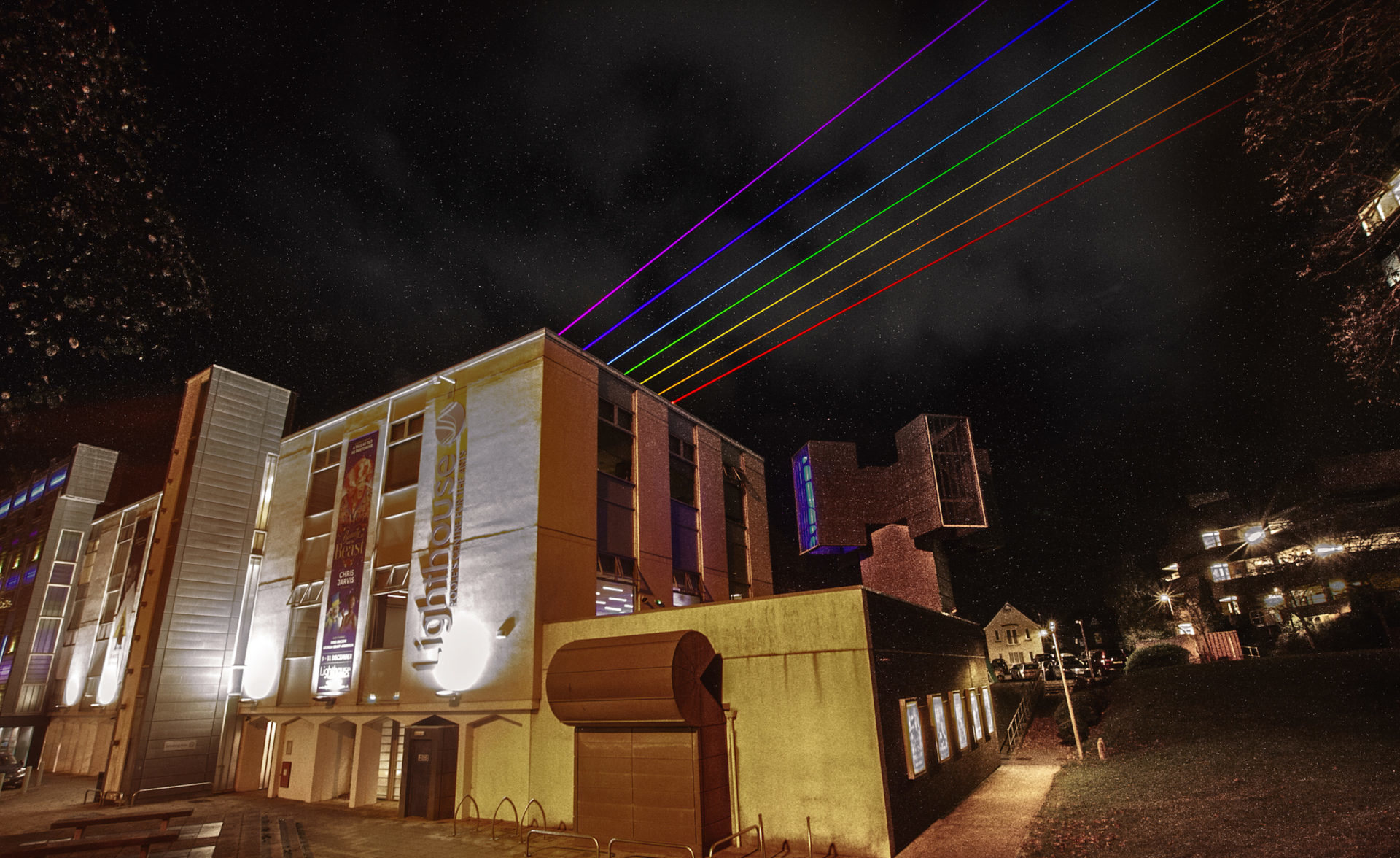 Having lit up the night sky over Poole, Bournemouth and Christchurch for three nights last week, the Global Rainbow has been hailed a ‘shining success’ for the BCP region.

American artist Yvette Mattern’s renowned light art installation was hosted by Lighthouse, Poole’s centre for the arts, as a beacon of hope for the future and a signal of the venue’s resilience as it builds back from the dark days of the pandemic.

“As an expression of optimism and a signal of the way forward, Global Rainbow has been a shining success,” says Tim Colegate, Head of Programming at Lighthouse.

“Thanks to funding from BCP Council with the support of the Garfield Weston Foundation and Poole BID, as well as sponsorship from HSBC UK, we have been able to host a dramatic and entirely positive cultural experience that focusses on how the arts can give us all a lift.

“And the community has responded in the most amazing and creative way, sharing photos and stories on social media in their thousands.”

Global Rainbow made the news on BBC TV and radio, even attracting reports of ‘unexplained lights in the sky’ from the Isle of Wight and a competition to photograph the laser lights the furthest from Poole was won by a social media follower on the Isle of Wight who will receive four tickets to see this year’s family pantomime at Lighthouse, Beauty and the Beast.

Global Rainbow is a large-scale public art light installation that beams seven rays of laser light to represent the colour spectrum of a natural rainbow – red, orange, yellow, green, blue, indigo and violet – and create a natural perspective horizon arc, like that of a rainbow.

It has been seen previously in major cities including London, New York, Berlin, Tokyo and Toronto, and was hosted by Lighthouse as part of its autumn reopening programme helping to keep a spotlight on Poole in the lead up to Christmas when Lighthouse will be producing a family pantomime, Beauty and the Beast, in-house for the first time in a generation.