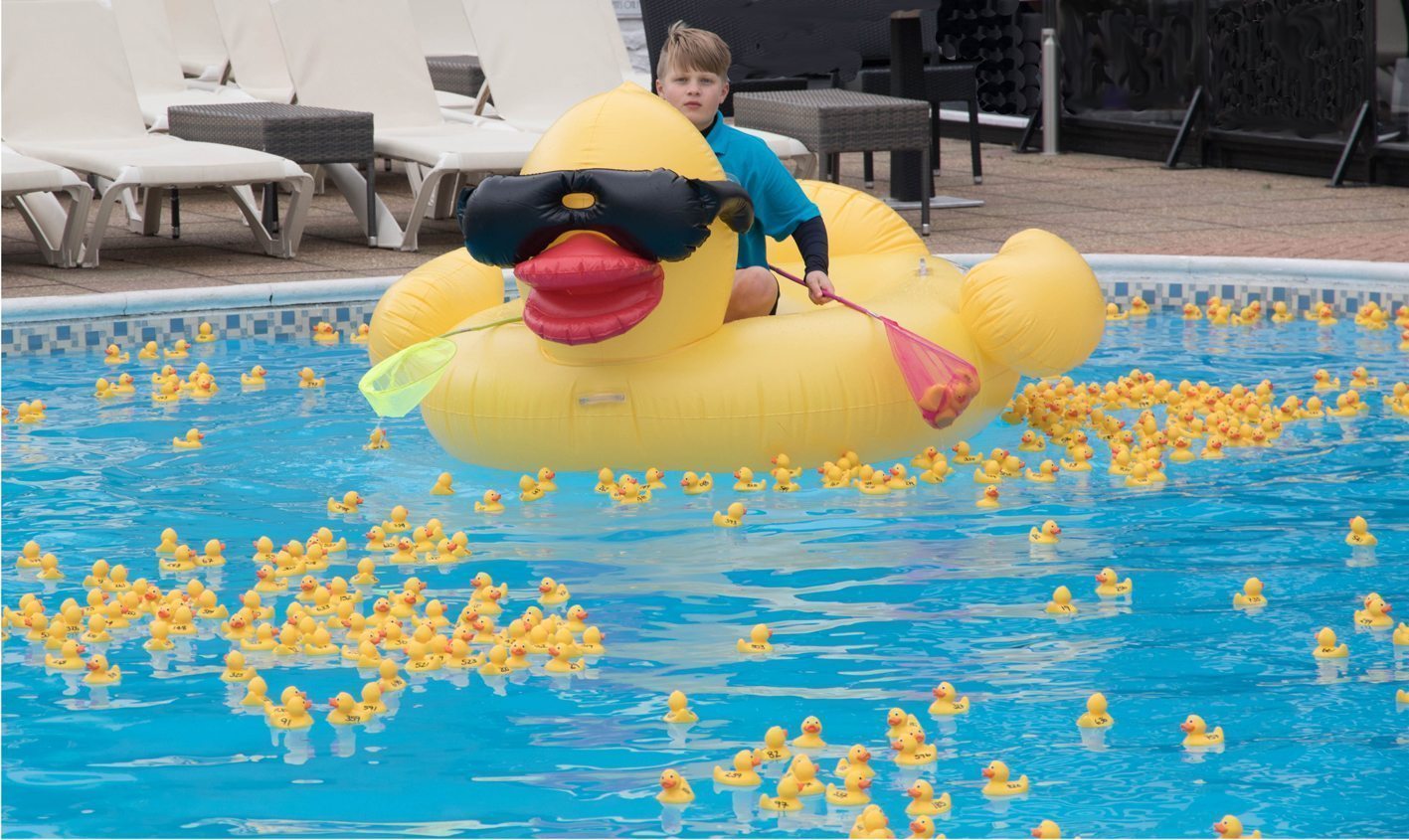 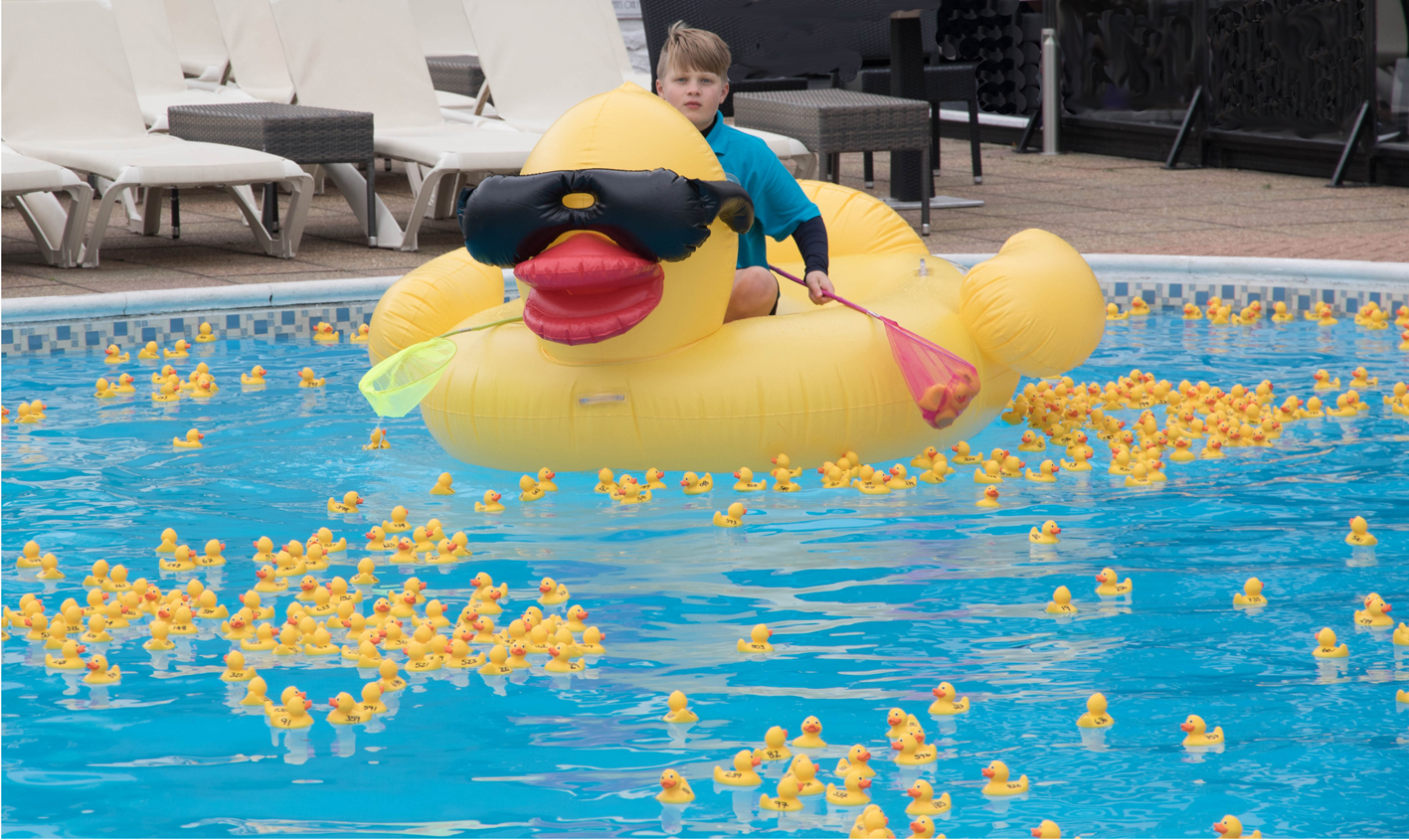 People flocked to Bournemouth’s Cumberland Hotel on Sunday (September 17) to see 800 rubber ducks floating in its outdoor pool.
The ducks – and visitors – were there for a charity ‘Net a Duck’ event with a difference.
Each of the ducks was numbered and scooped its winner a prize, ranging from tickets to an attraction, to a top hotel stay.
And by the time the last duck had been captured, £3590 had been raised for Macmillan Caring Locally and the Bournemouth Hospital Charity.
The Cumberland teamed up with its close neighbour the Marsham Court Hotel to stage the wacky event.
Rosie Wallace, manager of the Marsham Court, said: “When Kevin Wood from the Cumberland first came up with the idea for this I thought it was totally mad and never dreamed it would be such a success.
“But between 3pm-6pm we had around 1000 visitors turn up to net a duck, enjoy a free disco, barbecue and other entertainment and basically help two, great local causes.”
Rosie continued: “Our huge thanks go to everyone who came and the dozens of local businesses including hotels, restaurants, attractions, shops, catering firms and food businesses, which donated £35,000 of prizes. We could not have done it without them.”
It cost £5 to net a duck and each one represented a prize worth at least £5.
Natasha Granville, 49, was thrilled to find her little yellow friend had won her a night’s stay at the Ocean Beach Hotel worth £99.
She said: “It’s a really wonderful idea and such great fun, no matter how old you are.
“It’s also great to know that all the money is going to two local charities.”
The afternoon event also featured entertainment provided free by the Gem Roadshow, Ultimate Disco, First Position Dance School and Sam Horton Music.
Kevin Wood, MD of Oceana Group, incorporating The Cumberland, said: “We’re bowled over by how well it went and are already planning our next poolside charity event for the spring. So watch this space.”