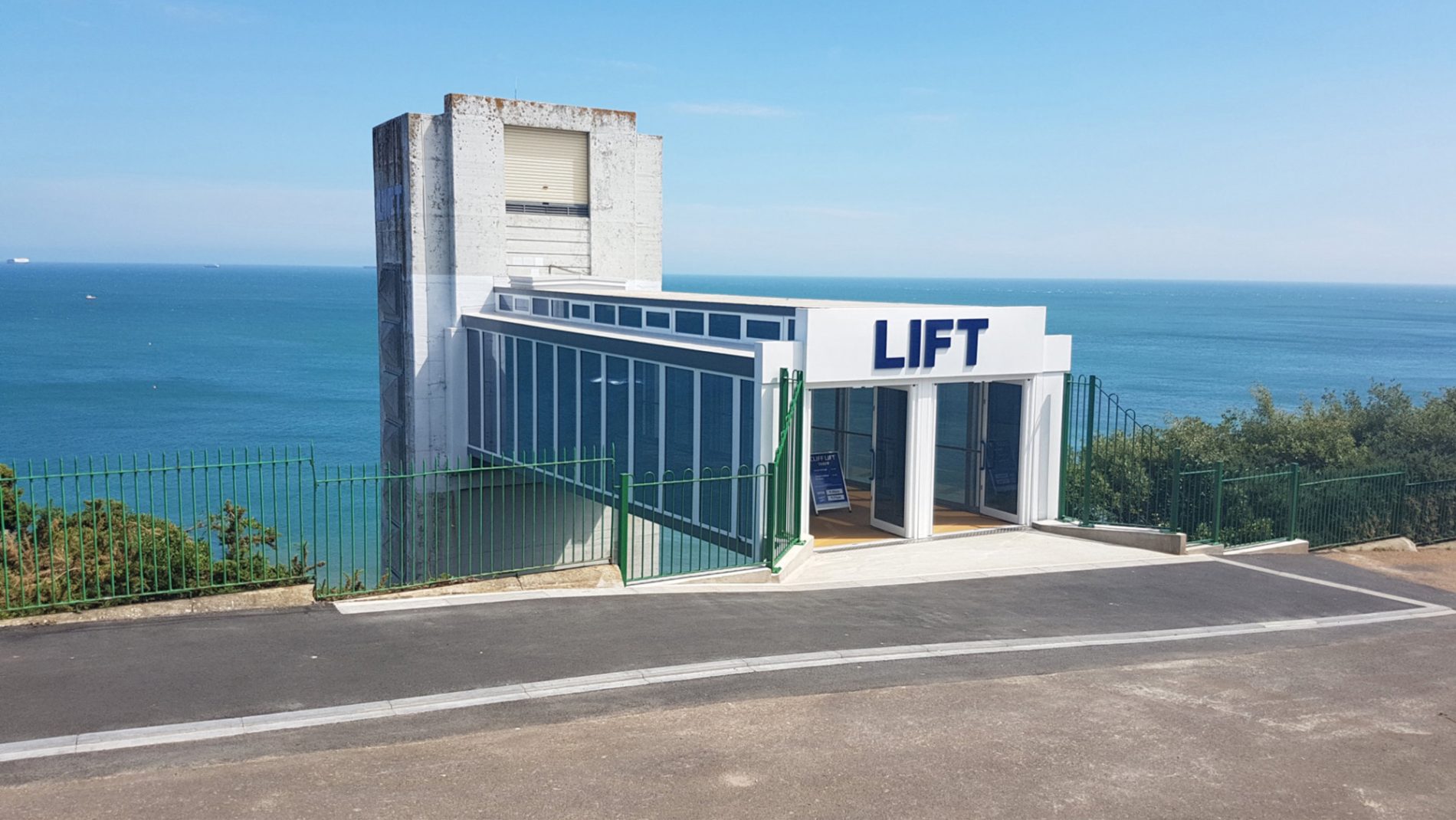 An iconic cliff lift on the Isle of Wight has re-opened following a £1m project involving complex work by Dorset-based REIDsteel.
The 45m-high landmark at Shanklin has been restored to its former glory with new lift cars, lifting mechanisms, motors and a custom-built bridge.
Structural steel company REIDsteel was appointed by contractor MCM Construction to design, supply and install the new walkway linking the top of the lift tower with the cliffside.
Christchurch-based REIDsteel, with a long track record in complex bridge building and demanding projects in the UK and abroad, faced numerous challenges because of the fragility of the cliff edge.
Project engineer David Cooper said: “Although the bridge project was much smaller than REIDsteel is typically used to, it was one of the most challenging and rewarding I have worked on in my 10 years at the company.
“
MCM Construction and Isle of Wight Council were a pleasure to work with. Everyone’s enthusiasm made the bridge opening possible in time for the summer for the benefit of the tourist trade, businesses and community.
“It was another job well done and one that REIDsteel is proud to have been involved in.”
Concerns about safety and corrosion along with electrical faults forced the closure of the lift and bridge in 2015 and 2016. A planned overhaul was brought forward although the council kept the bridge closed until completed.
The project was technically and logistically challenging due to the fragility of the cliff edge.
This meant the design could not exceed 12.6 tonnes including all of the glass, steel frame, floor and roof materials.
REIDsteel was also heavily restricted by the conditions of the cliff top road which was made worse by the eroding cliff, so all operations were rigorously checked and monitored.
Brendan McMahon, director of Isle of Wight-based MCM Construction, said: “It was a pleasure to be involved in such a successful project in partnership with REIDsteel and the Isle of Wight Council.”
Councillor Wayne Whittle, Isle of Wight Council Cabinet member for regeneration and business development, said: “We’re delighted to have the Shanklin cliff lift back in good condition and open.
“The essential repair and renovation will safeguard the lift and once again serve residents and visitors for many years to come.
“For such a unique product, there were only a few suppliers that could provide a solution and this project showed excellent partnership working between REIDsteel and the council.
“Of course, we had hoped that the cliff lift would have been able to open much earlier, however, because of the uniqueness of the cliff lift itself, and the need to create a bespoke bridge link, this was not possible but we are pleased it was able to open in time for the busy summer season.”
The original cliff lift was constructed around 1891 to service the expanding tourist trade at Shanklin and was replaced in 1958.
REIDsteel has the capability to design, manufacture, ship and erect entire steel buildings including their cladding and or glazing requirements throughout the UK and across  the world.
It has designed, supplied and built all types of bridges in the UK and worldwide since the 1930s.
They have included a 45m span structure which was lifted into place in one piece on the river Don for Rotherham’s £160m Templeborough Biomass Power Plant in 2016.
Visit http://www.reidsteel.com/Shanklin-Cliff-Lift-Bridge for more about the cliff lift project and http://www.steel-bridges.com/aboutus.html for more about REIDsteel’s bridges.
Building and civil engineering contractor MCM Construction, based in Newport on the Isle of Wight, has been trading since 1994.
Visithttp://mcmconstruction.co.uk/ for more about MCM Construction.