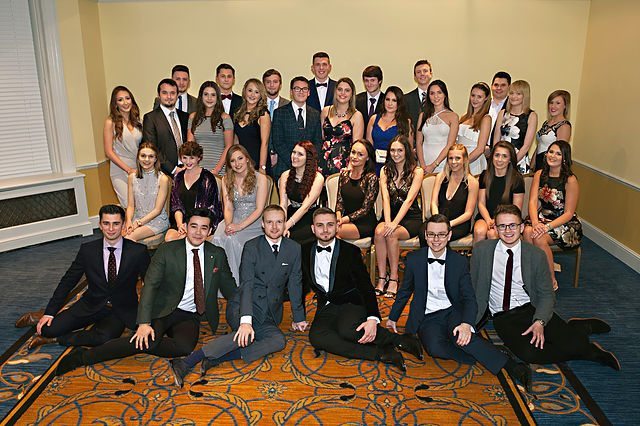 J.P. Morgan recently hosted a ceremony for the second group of apprentices to graduate from its 18 month month Financial Services Apprenticeship program in Bournemouth. The group of 34 apprentices, who joined the program in 2014, were all offered full time, permanent roles with the firm. To recognise their success and achievements, J.P. Morgan hosted a graduation ceremony and dinner at the Marriott Highcliff hotel in Bournemouth, inviting more than 150 guests including the apprentices, their family and friends along with representatives from those involved in the programme. Guests heard about the individual achievements of the apprentices before a formal presentation of their certificates of completion.

In March this year, J.P. Morgan saw a repeat of its success from last year when one of its apprentices, Jack Bull was named the Dorset Warde Apprentice of the Year. Additionally the firm was recognised nationally as having the highest level of pastoral care for its apprentices, something which is a source of great pride for those involved.

The Schools and College Engagement team, who run the firm’s apprenticeship programs, attended over 90 different events across local schools and businesses last year and additionally were heavily engaged with the development of the Government’s new apprenticeship Trailblazer framework. As part of this initiative, J.P. Morgan launched the first technology degree apprenticeship program within the investment banking industry and the first group of apprentices will commence in September this year.

Applications for the next programs commencing in September 2017 will open in October 2016.
To apply, financial services candidates require three C’s at A Level, or equivalent, with a strong focus on personal skills such as motivation, willingness to learn and a proactive approach to work. Their studies and participation in the program will lead to a Level 4 Advanced Apprenticeship in Providing Financial Services as well as the prestigious CISI Investment Operations Certificate.

Candidates interested in a career in financial technology will require three B’s at A Level or equivalent, with a similar focus on personal skills. They will embark on a 4 year degree apprenticeship leading to a full honours degree in Digital and IT, with a specialism in one of: Application Development, Infrastructure Engineering, Cyber Security or Data Analytics. Throughout the programmes, apprentices learn the skills needed to continue their career within the firm.

More information can be found here and here: