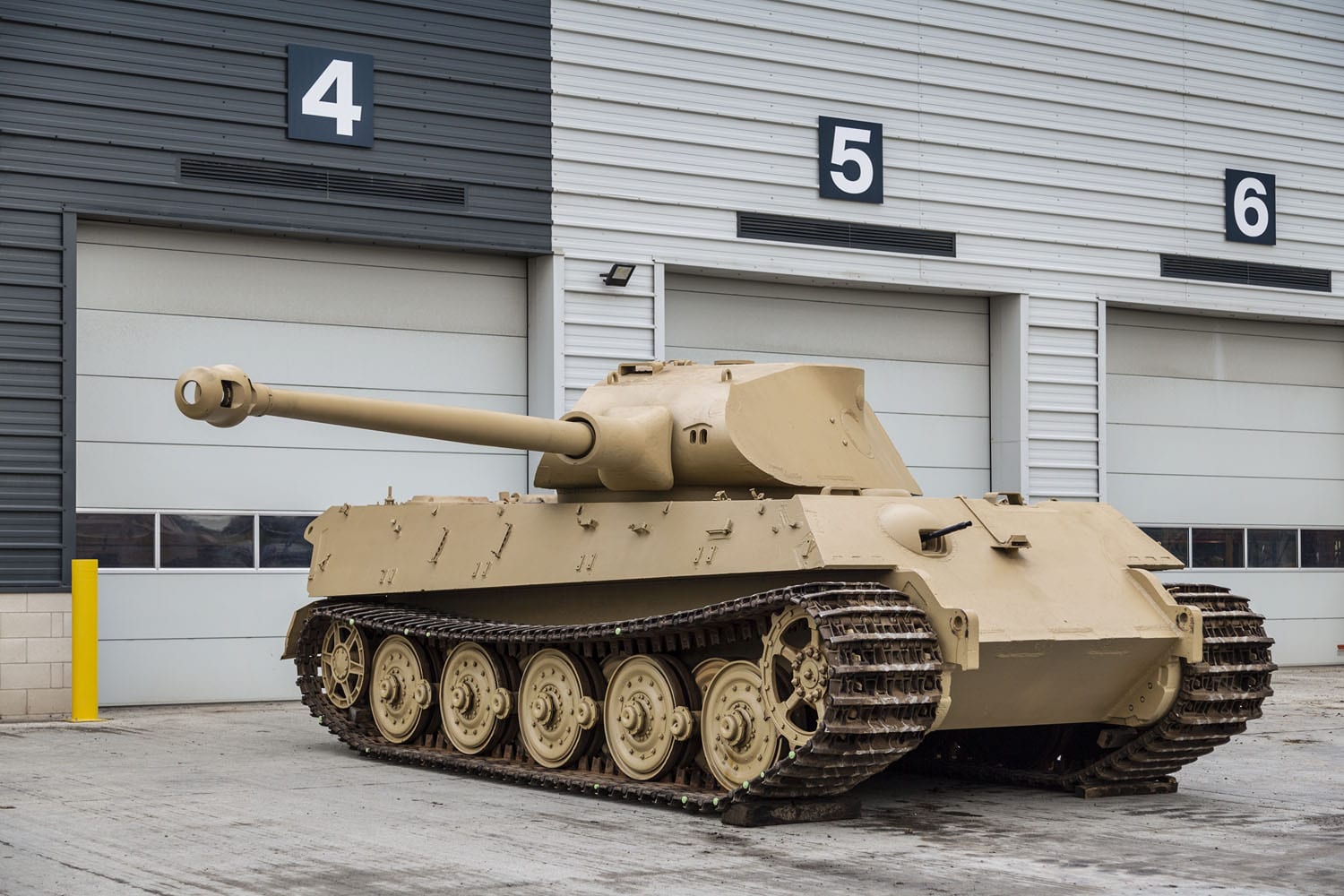 The Tank Museum’s King Tiger tank has been sent on loan to the Netherlands as the Museum re-develops its WW2 exhibitions.

The Tiger II (Pre-Production), or King Tiger V2, is the only one of its kind in the world and is to be displayed at the Nationaal Militair Museum at Soesterberg in the Netherlands, until at least autumn 2020.

The sight of the imposing wartime machine caused a stir on the roads, with surprised travellers snapping the tank en-route by road and ferry from Bovington – and taking to social media to express their surprise.

The Tank Museum’s Second World War hall houses 60 WW2 tanks and is currently undergoing a major re-display – part one of which is set to open in April. To facilitate construction of the new exhibitions, a number of tanks have been temporarily been moved to the Vehicle Conservation Centre (VCC).

Nik Wyness, Head of Marketing, “We have an excellent relationship with our Dutch partners and this loan is part of an ongoing series which has seen a range of other fantastic vehicles visit The Tank Museum.

“Our Tiger II, which would otherwise be housed in our VCC at this time of redevelopment, will be a major exhibit in a special exhibition to mark the 75th anniversary of the Liberation of the Netherlands.”

You can see The Tank Museum’s Tiger II in the Nationaal Militair Museum’s exhibition ‘Him or Me’ – examining the personal experience of the Dutch liberation through the eyes of Canadian soldier Léo Major and German soldier Hans Kürten.