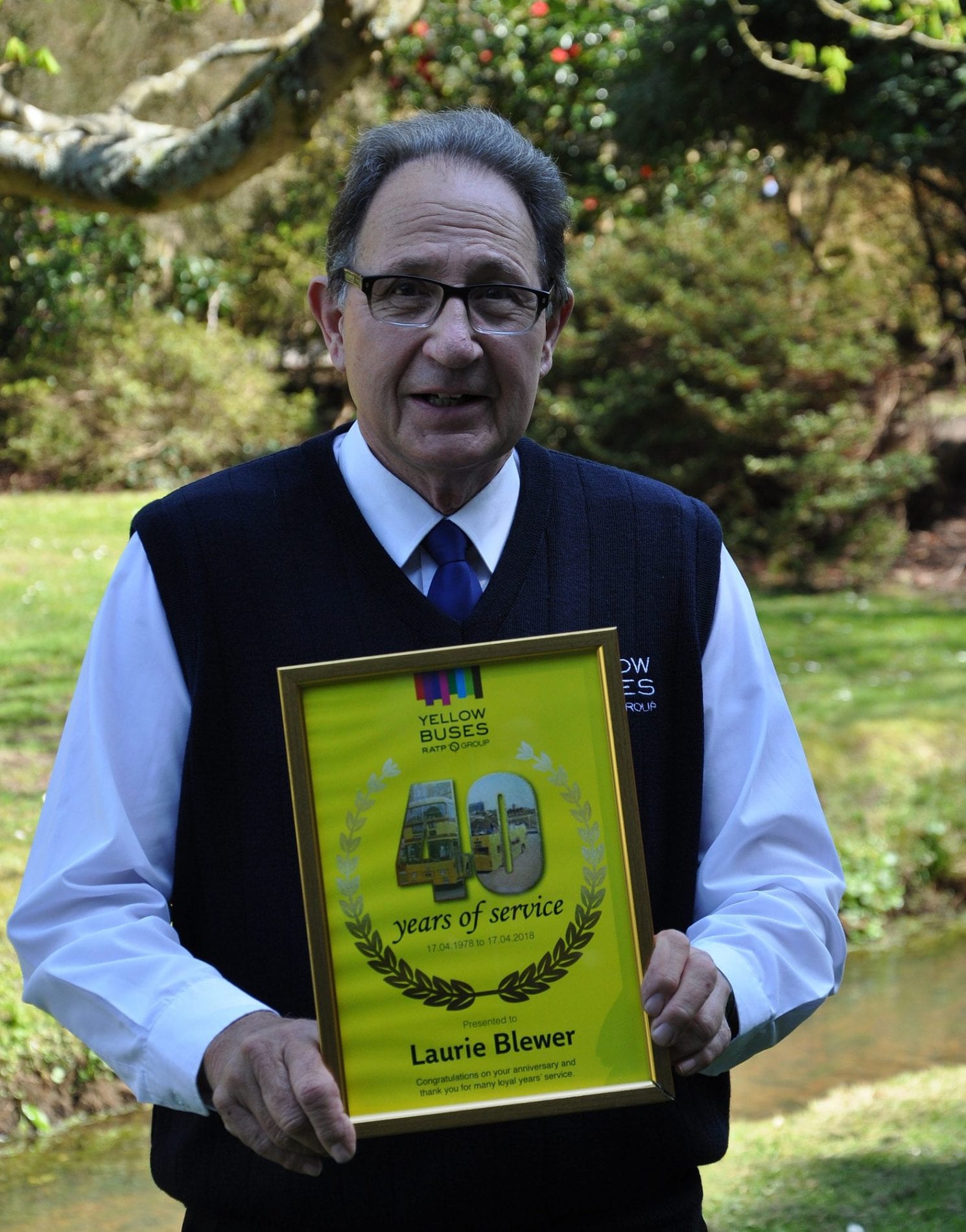 Bus driver Laurie Blewer has notched up a remarkable 40 years’ service working for Yellow Buses – and he only joined for a temporary job.

In that time the popular 69-year-old has driven approximately 865,000 miles around Bournemouth, Poole, Christchurch and East Dorset.

That is equivalent to driving 35 times around the earth.

He joined the company aged 29 after being made redundant from his role as a Thames waterman – a job his father and grandfather did before him.

Despite passing retirement age, Laurie has no plans to ease off the accelerator and pull up his handbrake for the last time.

He quipped: “I have thought about retiring then I think about being at home with my wife and I think ‘no’.

“And now I have the challenge of getting past a million miles driving for Yellow Buses.

“I only joined as a temporary job – and I’m still looking! But I do enjoy it and I get on with all the passengers and my colleagues.”

Married to Susan with a son and granddaughter, Laurie enjoys working on cars in his spare time.

He said: “Since I started, the traffic has trebled I would say, but the buses have improved dramatically.

“When I began in 1978 it was like driving something from the Stone Age, but now they are just like driving a car.”

Phil Pannell, service delivery director for Yellow Buses, presented Laurie with a certificate and token of the company’s appreciation of his service.

He said: “To complete 40 years’ service with the same company is quite remarkable.

“Laurie has worked six days a week for almost all of his career since he began as a ticket inspector before moving behind the steering wheel.

“He is extremely popular among the staff and the passengers and has an impeccable record with us.

“Laurie is a rare gem and we hope he remains driving with us for years to come.”