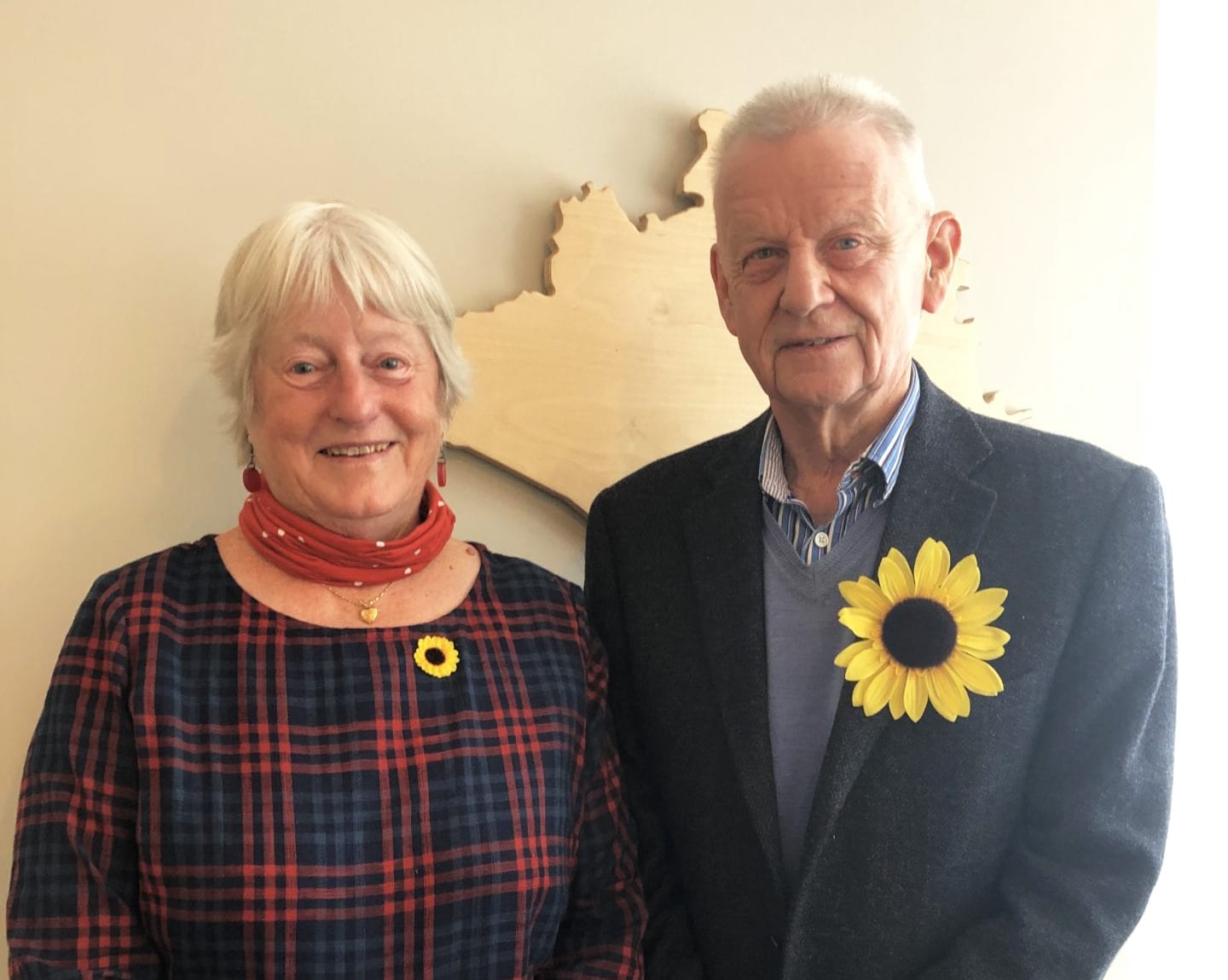 Lewis-Manning Hospice Care is delighted to announce the appointment of two new Patrons, Sir Simon and Lady Jill Campbell, who have been supporting the charity since March 2019.
Living in the Poole area and sharing an interest in the work of local charities, Sir Simon and Lady Jill were introduced to the hospice’s new chief executive, Clare Gallie, back in March 2019 and were inspired by the care and support provided to local residents with life-limiting illnesses across Poole, East Dorset and Purbeck. Since then, the relationship has flourished and the couple have kindly agreed to become Patrons of this much-loved local charity.
Sir Simon was formerly Head of Worldwide Research for Pfizer and was closely involved in the discovery of innovative new drugs such as doxazosin, amlodipine and sildenafil (Viagra) which have all proved to be outstanding clinical and commercial successes.
Following retirement from Pfizer, Sir Simon served as President of the Royal Society of Chemistry (2004-06) and has acted as a scientific consultant for government, industry and charities, more recently focussing on malaria and TB. He was elected Fellow of the Royal Society in 1999, appointed CBE for Services to Science in 2006 and was Knighted in 2015 for Services to Chemistry.
Lady Jill has specialised in Physical Education, including secondary schools, yoga and activity classes for those suffering from MS and arthritis. She is an experienced quilter, and has made previous donations of her handiwork to the Hospice.
Claire Gallie said: “Sir Simon and Lady Jill’s support has been manifest in many ways over the past year:- they have helped us move our Closer to Home strategy forward significantly, supported our profile raising initiatives, provided feedback and guidance on our plans, and have attended a number of events in support of both staff and local patients. Their interest in our work and valued inputs have been gratefully received in a time of major development for the charity. We are honoured that they have agreed to become Patrons of Lewis-Manning Hospice Care, and we look forward to continuing working with them in the future”.
Sir Simon and Lady Jill said: “We are delighted to join Lewis-Manning as Patrons. We very much appreciate the quality of support that the charity delivers for local residents with life-limiting illnesses, and were impressed by the enthusiasm of the different teams and their vision for the future of hospice care in Poole and surrounding districts.”
Based in Longfleet Road Poole, the charity’s over-riding objective is to deliver outstanding professional and personal care for those in the local area with life-limiting illnesses. This includes increasing physical and social well-being, reducing isolation and loneliness and providing essential home support to alleviate the huge pressure on families and carers.​
lewis-manning.org.uk