Lewis-Manning Hospice Care Volunteer, Robin, is honoured with the ‘League of Mercy’ award 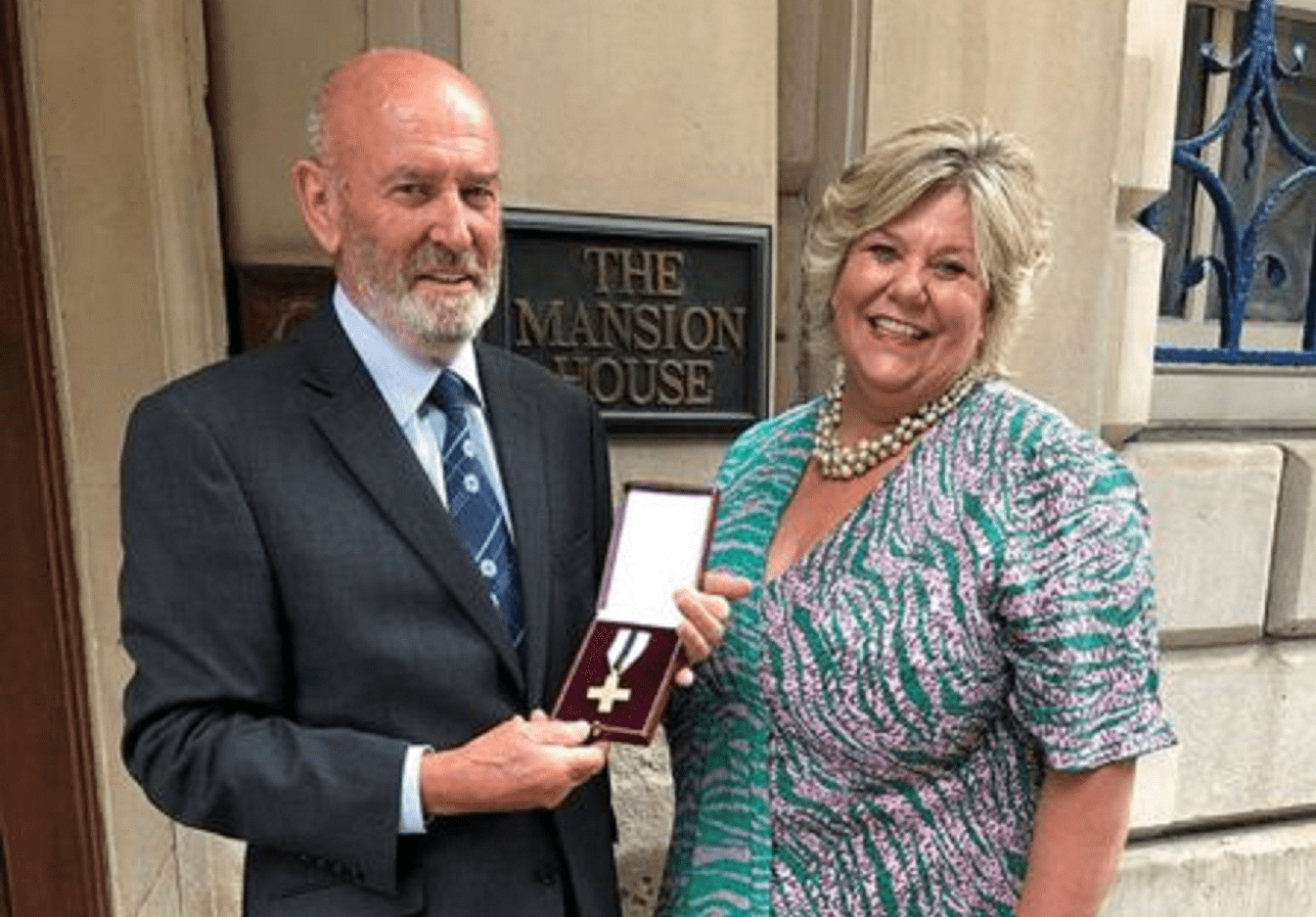 Lewis-Manning Hospice Care Volunteer, Robin, is honoured with the ‘League of Mercy’ award

Robin Sherwood has volunteered at Lewis-Manning Hospice Care for 30 years as a driver for patients across East Dorset and Purbeck. He has been chosen along with just 21 other volunteers from across the UK this year, and the only person from Dorset to receive this prestigious award.

The event took place at The Mansion House in London on the afternoon of Friday 29th July 2022. The award was made by The Rt Hon the Lord Lingfield, President, and the Trustees of the League of Mercy in the presence of Her Royal Highness, Princes Katarina of Yugoslavia.

Robin said, “I am thrilled and honoured to win this award. It really means a lot to me. I think I have volunteered around 10,000 hours the past thirty years and driven the equivalent of around the world four times for Lewis-Manning Hospice Care and I’ve loved every moment of it.

“In early 1992 my wife saw an advert in the Daily Echo. Early retirement had become a little boring and I missed the 3 P’s (People, Purpose and Pattern). Lewis-Manning Hospice Care provided all three and I have thoroughly enjoyed the last 30 years and the contribution I have made to this worthwhile charity.”

Clare Gallie, Chief Executive at Lewis-Manning added, “Robin is a true inspiration and really deserved this amazing award. We quite simply wouldn’t be able to run the hospice without people like Robin, who always go that extra mile for their community. Robin has dedicated so many years to Lewis-Manning and we are thrilled that the League of Mercy has recognised this fantastic achievement of Robin’s. He puts smiles on everyone’s faces, from the staff, to the patients, to the other volunteers. Well done Robin and thank you from the bottom of our hearts for all you’ve done for the organisation.”

Robin concluded, “Volunteering is such a special experience. The best thing about it for me is the friendships I have made both with staff, volunteers and patients. If you’re thinking of helping and supporting a charity please give it a go, it may surprise you!”
The League of Mercy is a charity dedicated to honouring and recognising the incredible work of volunteers. ‘They deserve a medal’ is something they often say of those wonderful volunteers who have served their organisations and communities outstandingly.

The League of Mercy was founded on 30th of March 1899 by Royal Charter of Queen Victoria. It was instigated by the Prince of Wales who became its first Grand President. The object of the League was to establish a large body of voluntary workers who would assist with the maintenance of voluntary hospitals and ‘otherwise relieve sickness and suffering’. When the 1948 National Health Act abolished these hospitals, the League was quietly wound up after performing its task extraordinarily well for nearly half a century. Central to the annual activities of the League was a notable ceremony at which about fifty people each received a medal known as the Order of Mercy. These were bestowed as a reward for personal services gratuitously rendered in connection with the purposes for which the League was established.
The League of Mercy was re-founded as a UK registered charity in 1999. Its current trustees, all of whom have a wide range of experience in charitable voluntary work in various health areas, undertook its renewal as a personal Millennium project.