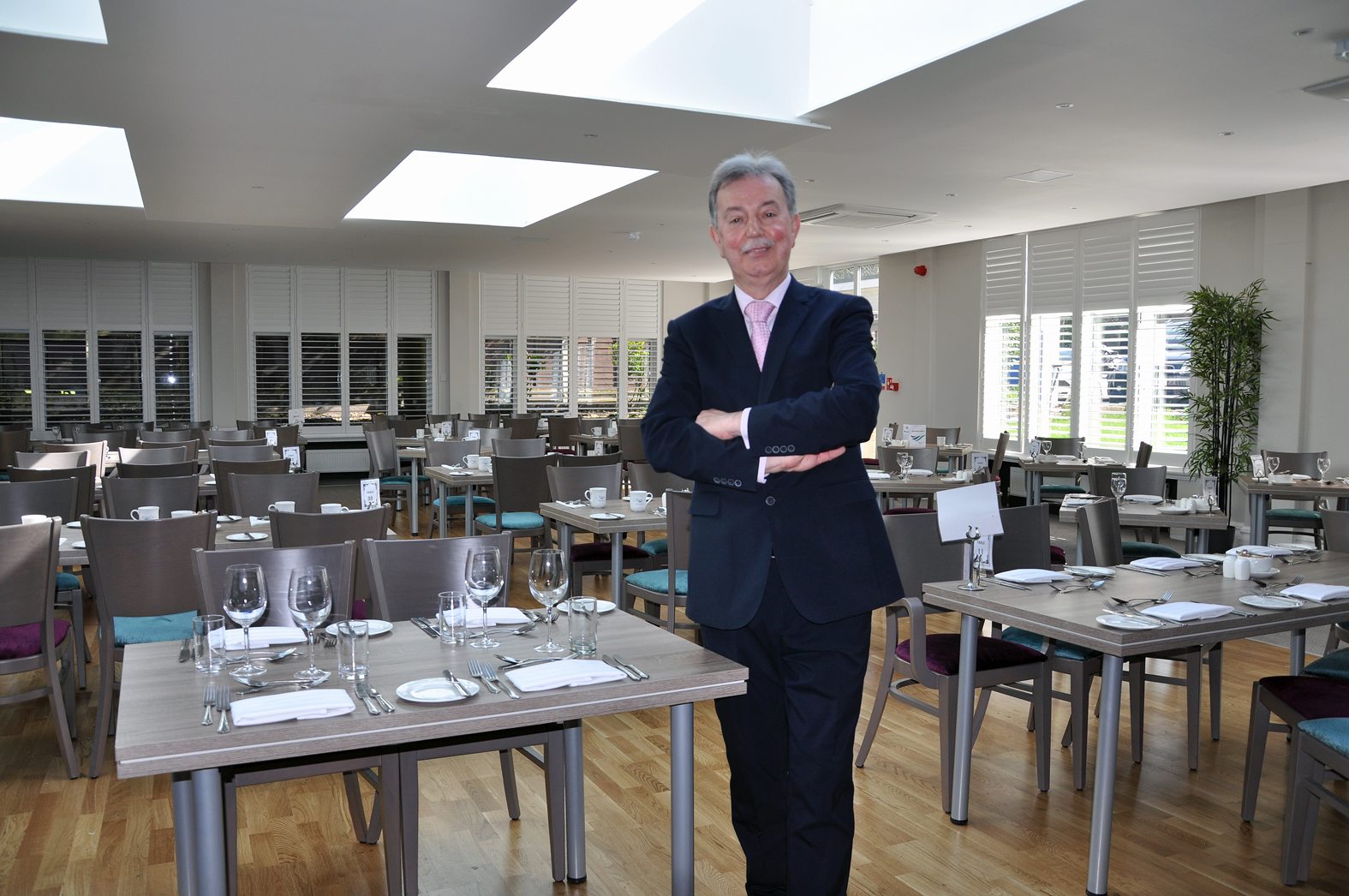 Bournemouth’s award winning Marsham Court Hotel has appointed a restaurant manager with over 40 years of experience in top hotels.

Jose Martins, the former restaurant manager of FJB Hotels’ Harbour Heights, Haven and Sandbanks Hotels,  will head the team in the former Bournemouth Hotel of the Year’s newly-refurbished Solent Suite and Restaurant.

The appointment marks a return to the Marsham Court for Jose; after arriving in Bournemouth from his native Madeira in October 1977 he spent two months as a waiter there before being promoted to head waiter.

Jose will ensure the smooth running of the family-run hotel’s restaurant and banqueting facilities, as well as directing restaurant staff, overseeing training and liaising with the Head Chef and all other hotel departments.

The new Solent Suite re-opened earlier this month and can accommodate up to 280 diners or special event guests, with new bars, décor and a large, fully sprung dance floor.

Jose said he plans to use his vast experience to further evolve the hotel’s restaurant service.

He said: “I am really happy to be joining the Marsham Court Hotel. It’s a fantastic hotel, with a lovely family feel and great potential and I’m looking forward to bringing my ideas to make the customers’ experience even better, whilst also improving revenues for the hotel.”

Grandfather-of-two Jose has traversed the globe three times and catered to the whims of some of the world’s most famous people.

He worked on Cunard’s famous cruise liner the QE2 for two years as a senior station waiter, where he served world boxing champion Sugar Ray Leonard and the singers Lionel Ritchie and Rod Stewart.

He said: “As you can imagine serving guests at sea can be a challenge.

“On one evening, in particularly bad weather conditions under San Francisco’s Golden Gate Bridge, every food preparation trolley fell over onto the floor and we had to start the whole prep from scratch.”

As Restaurant and Banqueting Manager at Bournemouth’s Highcliff Marriott Hotel, Jose also looked after the then prime ministers Margaret Thatcher and John Major.

He joined FJB Hotels in 2004 and was restaurant manager at the Harbour Heights for six years, before holding the same role at the Haven Hotel and more recently the Sandbanks Hotel, for the last seven years.

Rosie Wallace, MD, whose family has owned the Marsham Court for over 30 years, said: “Jose’s reputation precedes him and we were thrilled when he agreed to join us in such a pivotal role.

“The hotel’s reputation relies on its excellent service, attention to detail and customer care.

“It was also a great surprise to hear that he had worked at the hotel before. It’s like he’s come back home.”