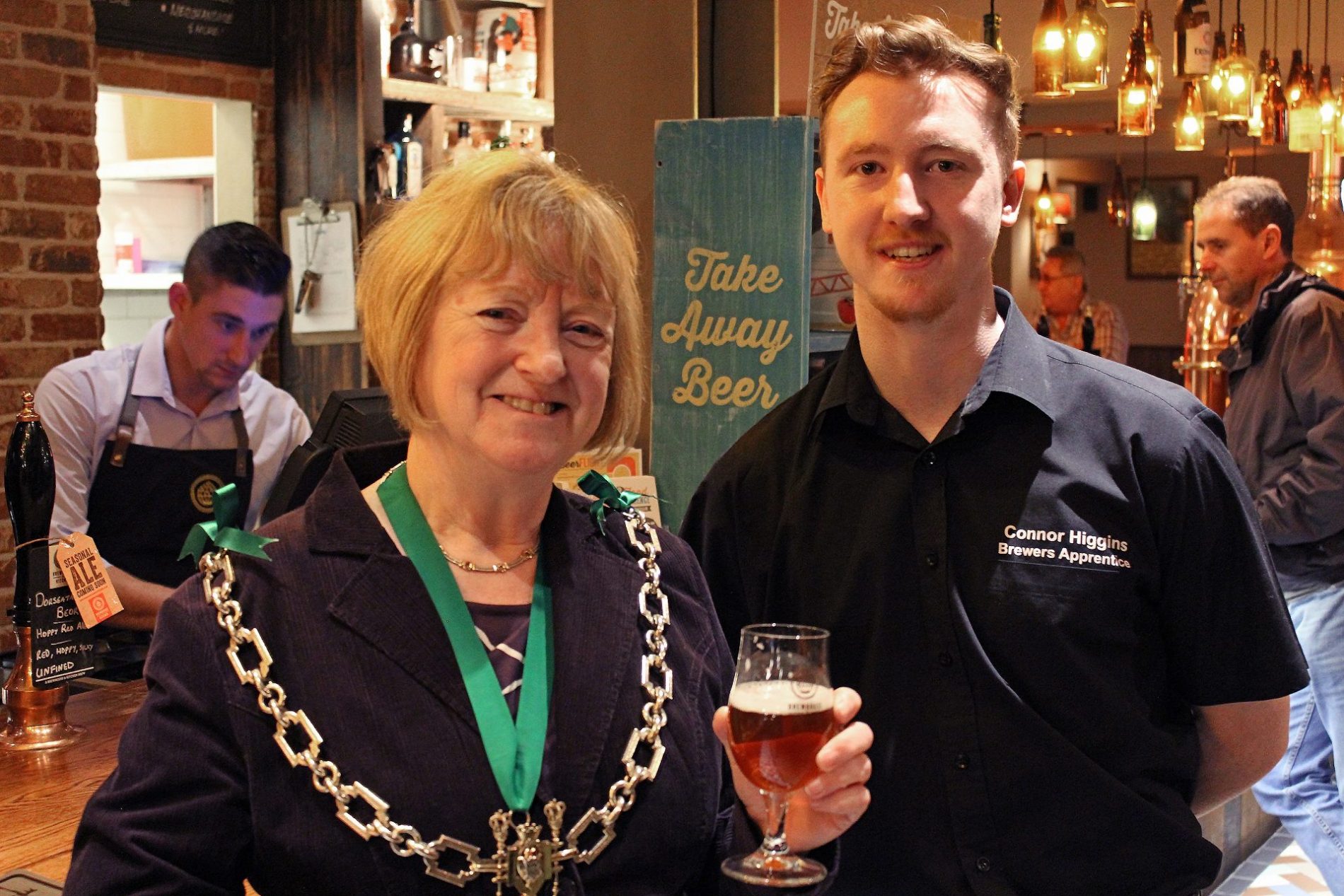 With the number of small micro-breweries on the rise, the Mayor of Dorchester, Councillor Susie Hosford has been celebrating a reinvigoration of the local brewing industry.

Attending a two-hour Brewing Masterclass at the Dorchester Brewhouse & Kitchen, The Mayor learnt more about the rising popularity of craft beer, the wide variety of beers available and the traditional brewing process.

Giving the Mayor of Dorchester a flavour of the brewing process, Cllr Susie Hosford met with Dorchester Brewhouse & Kitchen’s own Beer Specialist and Apprentice Brewer, Connor Higgins. She has had the chance to sample different styles of beer from English Ales to Stouts, Porters, Lagers and IPAs.

“It was a pleasure to give the Mayor an insight into the fascinating world of beer. In recent years, we’ve seen a boom in demand for traditional craft beer and this has led to the opening of many new, small and independent breweries in Dorset. As far back as the 18th century, Dorchester was famous for brewing the finest beer in England and we want the town to once again be at heart of the regional brewing industry.’’

Situated within Dorchester’s historic brewing district, the Brewhouse & Kitchen has been bringing the brewing tradition back to the centre of the town. Since opening in 2014, the microbrewery, pub and restaurant has served locally produced and international craft beer. Taking part in the local brewing revival, it also brews its own beer onsite in large centrally located copper vats.

“I found my brewery masterclass experience very interesting. It was great to learn more about the process, as well as, the huge number of craft beer varieties and flavours available. Dorchester has a rich brewing heritage and it’s great to see that this industry is undergoing a revival.’’

The Dorchester Brewhouse & Kitchen is part of the nationally acclaimed, Brewhouse & Kitchen pub group. Passionate about brewing and the local community, the company is currently leading an industry-wide effort to have a national level four apprenticeship in brewing up and running later this year. It is situated just a hop away from, Dorchester’s famous Brewery Square on Weymouth Avenue.

For more information about the Brewhouse & Kitchen, visit: www.brewhouseandkitchen.com.