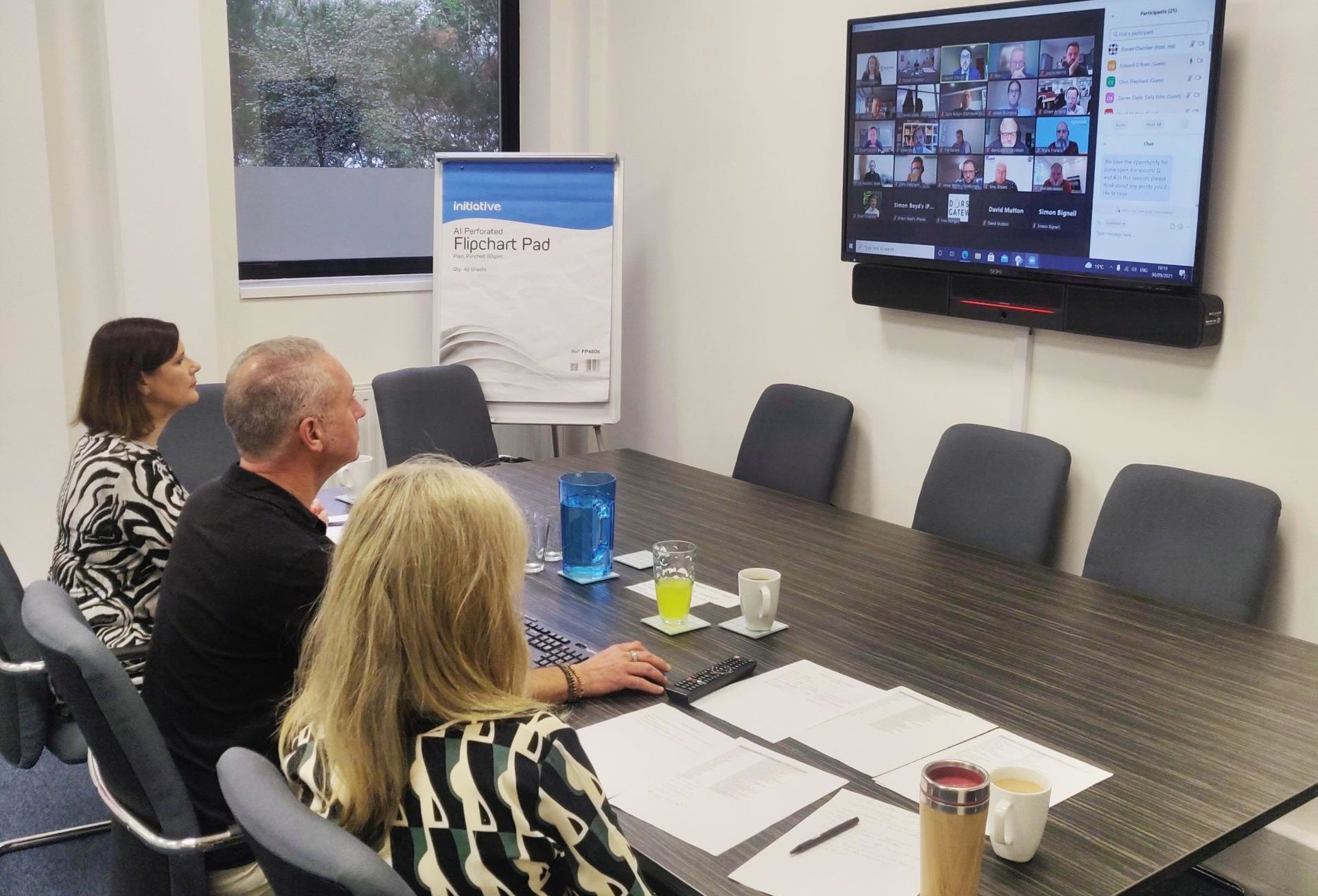 Support menopausal women at work before they hit rock bottom – that was the message at a ‘men-only’ event held by Dorset Chamber.

In a UK first, the session was held as part of the business support organisation’s trailblazing campaign to break the taboo surrounding the issue in the workplace.

The meeting – titled ‘Gentlemen, Let’s Talk about the Menopause’ – included presentations, a Q&A and discussion.

Dorset Chamber chief executive Ian Girling, who has spearheaded the campaign, said: “Although unusual, the ‘men only’ format worked really well for this event.

“The response of the men attending was incredibly encouraging. It is so important to open up conversations in the workplace so women feel comfortable talking about the menopause and are supported.”

He added: “We believe this to be the first event of its kind to be held in the UK and is part of our wider campaign about menopause education.

“It’s about having an understanding of what women may be going through and for a female colleague to be able to say ‘please bear with me, it’s not a great day today’.”

Speakers included Nicola Green, whose consultancy focuses on the menopause in the workplace, and Edward O’Brien of Lester Aldridge solicitors.

Theresa Higgins, who is Dorset Chamber head of finance and administration, also spoke of her own experiences of the menopause in the workplace.

Men at the event heard that the average age of the onset of the menopause is 51 and there are more than 40 symptoms – and that women aged over 50 are the fastest growing demographic in the workplace.

Nicola, of Nicola Green Consultancy, told attendees that women may suffer in silence and end up at rock bottom before doing anything about it – with the job often the first thing to go.

She added: “I believe that if we know what the menopause is and are educated about it we will all be able to manage it so much better.”

Edward spoke about employers’ responsibilities and highlighted that the menopause was increasingly being mentioned at employment tribunals.

Ian recently addressed chief executives from all chambers accredited with the British Chambers of Commerce (BCC) about the issue.

He also sits on an All-Party Parliamentary Group at Westminster conducting an enquiry into issues around the menopause.