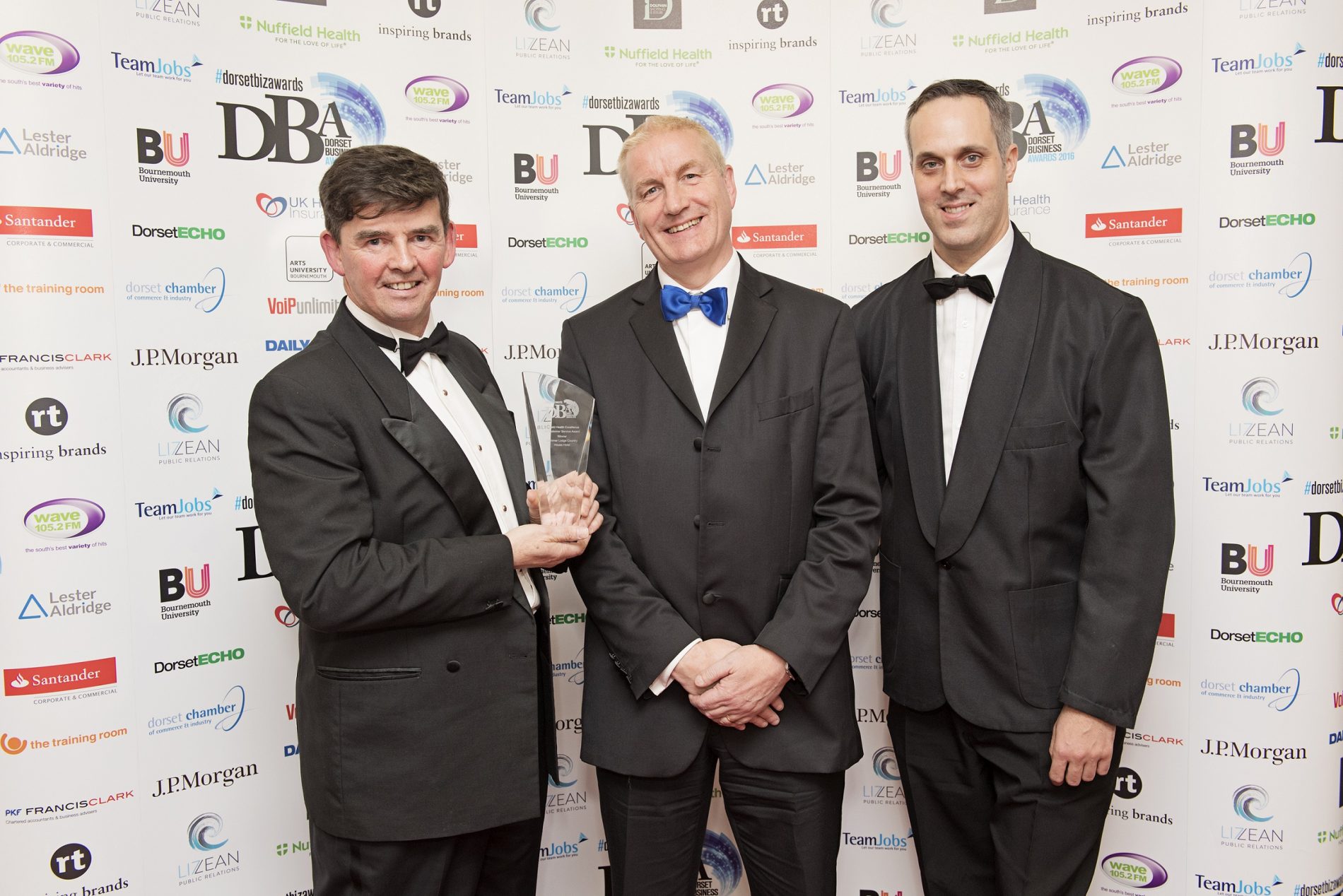 There is just weeks to go until Dorset’s biggest annual celebration of business achievement takes place, with more than 700 guests expected to attend, the Awards Gala Dinner will be held at the Bournemouth International Centre (BIC) on Thursday, November 23. The breakfast team of the south’s leading radio station, Wave 105, is hosting the awards this year which promises a night to remember.

The Lytchett Minster School jazz band will also be situated in the main foyer and will treat guests to a selection of popular hits as they arrive for an evening of glitz and glamour. As a special surprise there has also been some colourful entertainment organised as one final celebration for all the finalists and guests on the night.

David McNair, Hospital Director at Nuffield Health Bournemouth, said: “The awards really champion local businesses and their achievements and we are delighted to be part of the celebrations.

“Having been involved with the awards for a number of years, we are pleased to support the Dorset Business Awards as entertainment sponsor this year. We are especially looking forward to seeing everyone’s reaction to the surprise entertainment that is planned to take place during the ceremony.”

Stuart Dixon, Head of Marketing and Communications and Organiser of the awards from Dorset Chamber of Commerce and Industry, added: “We are thrilled to have Nuffield Health Bournemouth on board as entertainment sponsor and are grateful for their support. The entertainment we have lined up will kick off the ceremony in style and we are excited to see more than a year of planning come together on the evening.”

Organised by the Dorset Chamber of Commerce and Industry and in association with the Daily Echo and Dorset Echo, and backed by Wave 105, the awards evening will begin with a drinks reception followed by an exquisite three-course dinner before the awards presentation begins.

Those interested in finding out more about the awards should visit www.dorsetbusinessawards.co.uk