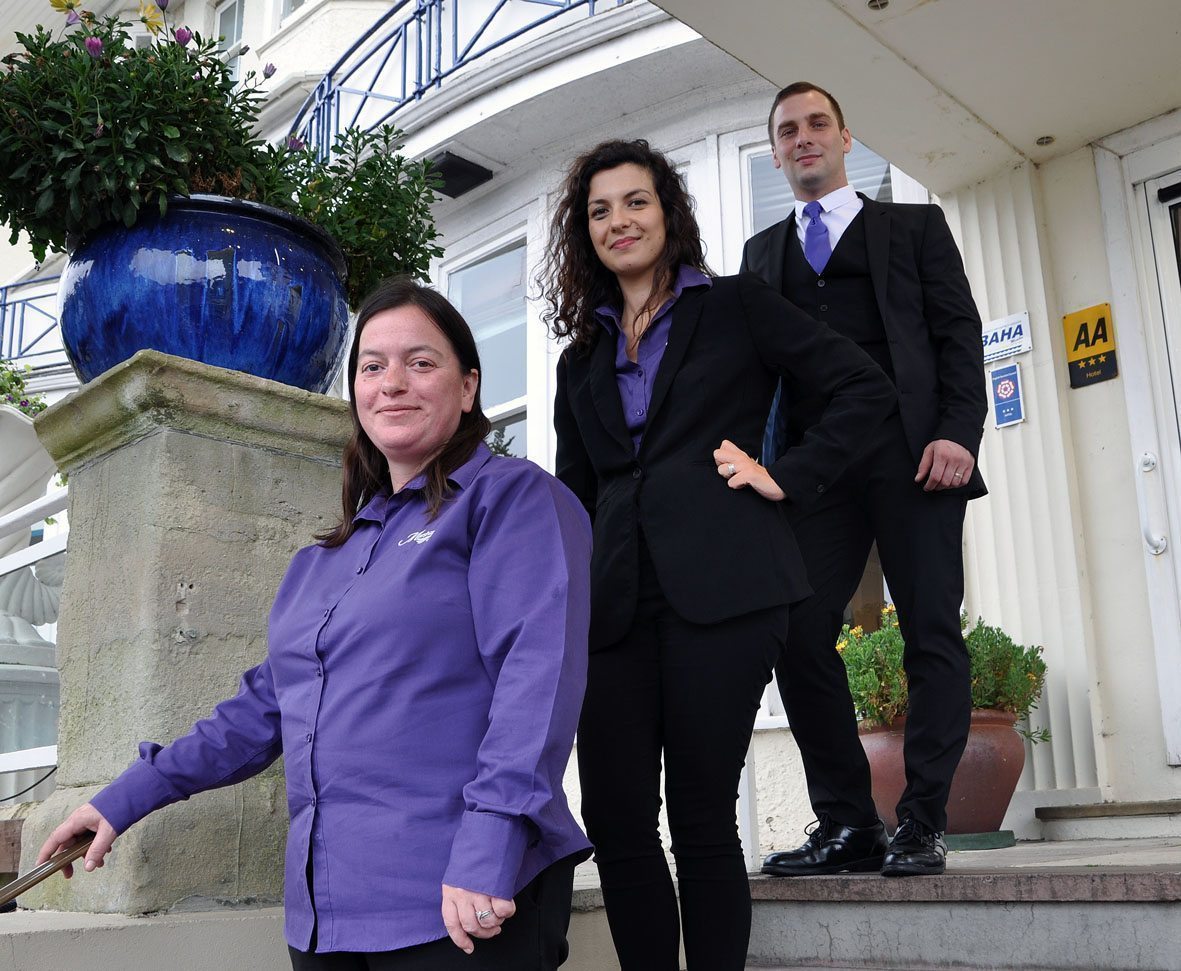 One of the popular coastal resort’s last remaining, family run hotels, the Marsham Court was bought by the late Jennie Deavin and her first husband Chris Dixon-Box in 1987 and is now run by their three children.

Managing director Rosie Wallace, said: “We have welcomed over a million guests since we took over the hotel and one of the main reasons why the Marsham Court continues to thrive as an independent, family run hotel in an increasingly chain-led market is its dedication to customer service and the right customer facing staff. Our three newest staff members will only go to strengthen that offering.”

New head housekeeper Jill Armstrong joins the Marsham Court from its sister hotel the Ramada Encore, where, during the last eight years she has built a reputation for excellence in housekeeping.

New head receptionist Peter Farkas came to Britain from his native Hungary to learn English just two years ago, but has mastered the language and risen quickly through the ranks of junior hospitality roles to management positions.

Lisandra – known as Lisa – Correia, is the hotel’s new revenue and reservations manager.

Lisa gained a master’s degree in her native Portugal and joined Bournemouth’s Cumberland Hotel in Bournemouth in May 2013 and the Quantum Group in 2014.

Rosie said: “ “Lisa has a wealth of expertise in reservations and some very exciting ideas on how to improve our customer service even further.”

The hotel also won the Business Engagement with Education award at the Dorset Business Awards 2016. Plus Silver in the Dorset Tourism Awards Venue and Business Tourism category in 2015. And Rosie Wallace was named Unsung Hero at the Bournemouth Tourism Awards 2017, for her dedication in championing the success of Bournemouth’s hospitality industry.

Lisa Correia said: “The Marsham Court is an iconic hotel in Bournemouth and along with Jill and Peter I hope to contribute to its success, while learning from Rosie and her resourceful and experienced team.”