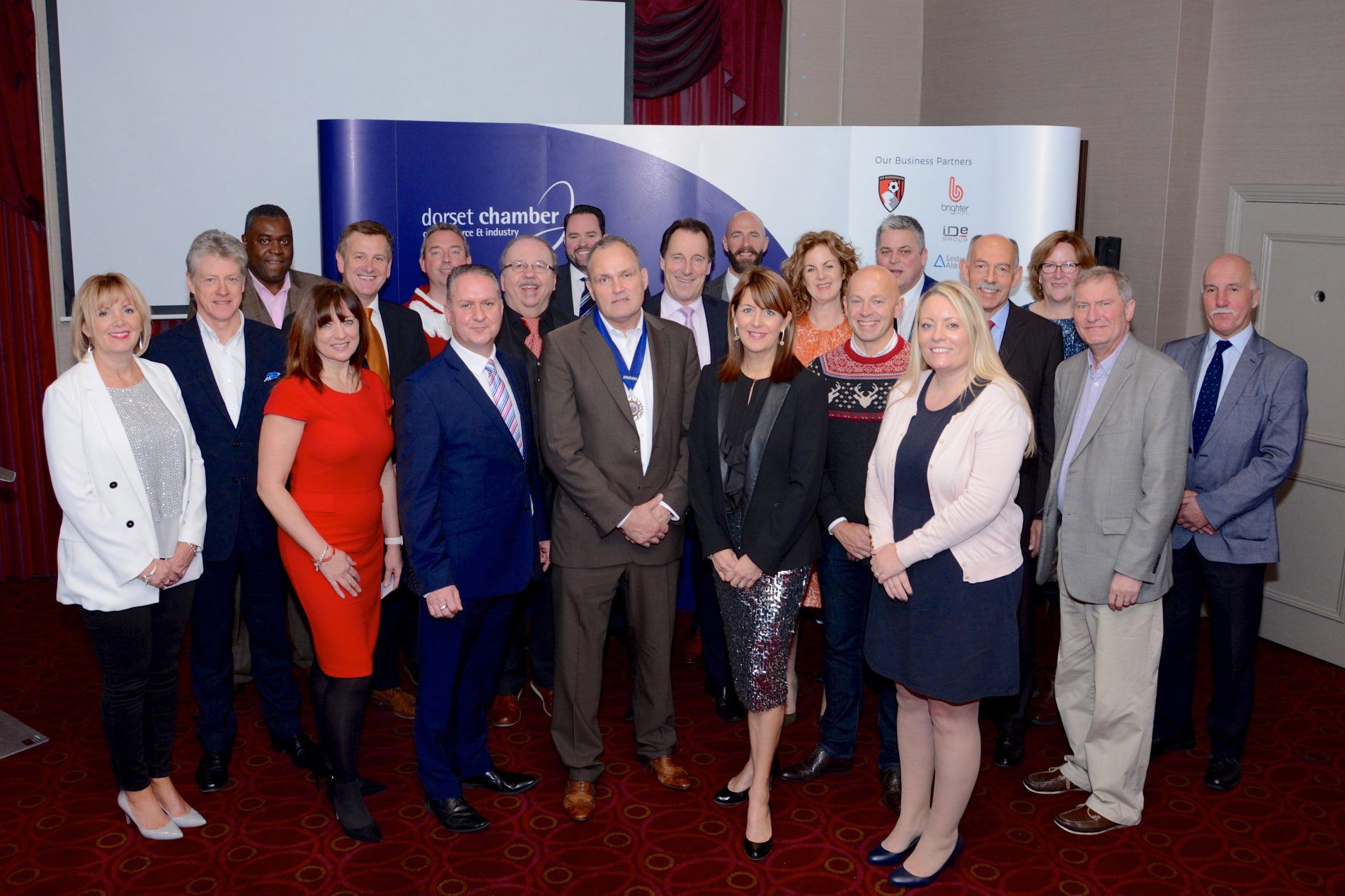 New president Paul Tansey has succeeded Vincent Boni at the helm of Dorset Chamber of Commerce and Industry.

He received the chain of office in front of more than 50 members at the business support organisation’s annual meeting.

He said: “This is an awesome moment and I am deeply honoured. I hope to be as hard an act to follow as Vincent Boni, who has done such a great job.”

Paul pledged to build on the chamber’s successful Young Chamber and town chamber affiliation programmes as well as other initiatives such as its Dorset Business Alliance with the Federation of Small Businesses (FSB) and Institute of Directors (IoD).

He added that the Dorset Chamber had made great strides in its marketing recently and intended to work with its team to modernise it further.

Paul is also to draw up a rolling three year plan with Liz and Stephen to plot the way forward at a presidential level.

Liz, who is managing director of Liz Lean PR, and Stephen, a partner at Mazars, are due to succeed Paul in 2019 and 2020.

The AGM heard of successes during the past year, including the chamber’s business partner programme, Young Chamber scheme, town chamber affiliation initiative, growth of its international trade department and record demand for events.

Other developments in 2017 included the Dorset Business Alliance, a new website, relaunch of the Dorset Business magazine, re-accreditation with the British Chambers of Commerce (BCC) and representation on the Dorset Local Economic Partnership (LEP) board through chief executive Ian Girling.

Ian said: “It has been a superb year and I am so proud of what we have achieved at the chamber.
“We have a fantastic team and I have never worked with a stronger group of people.”