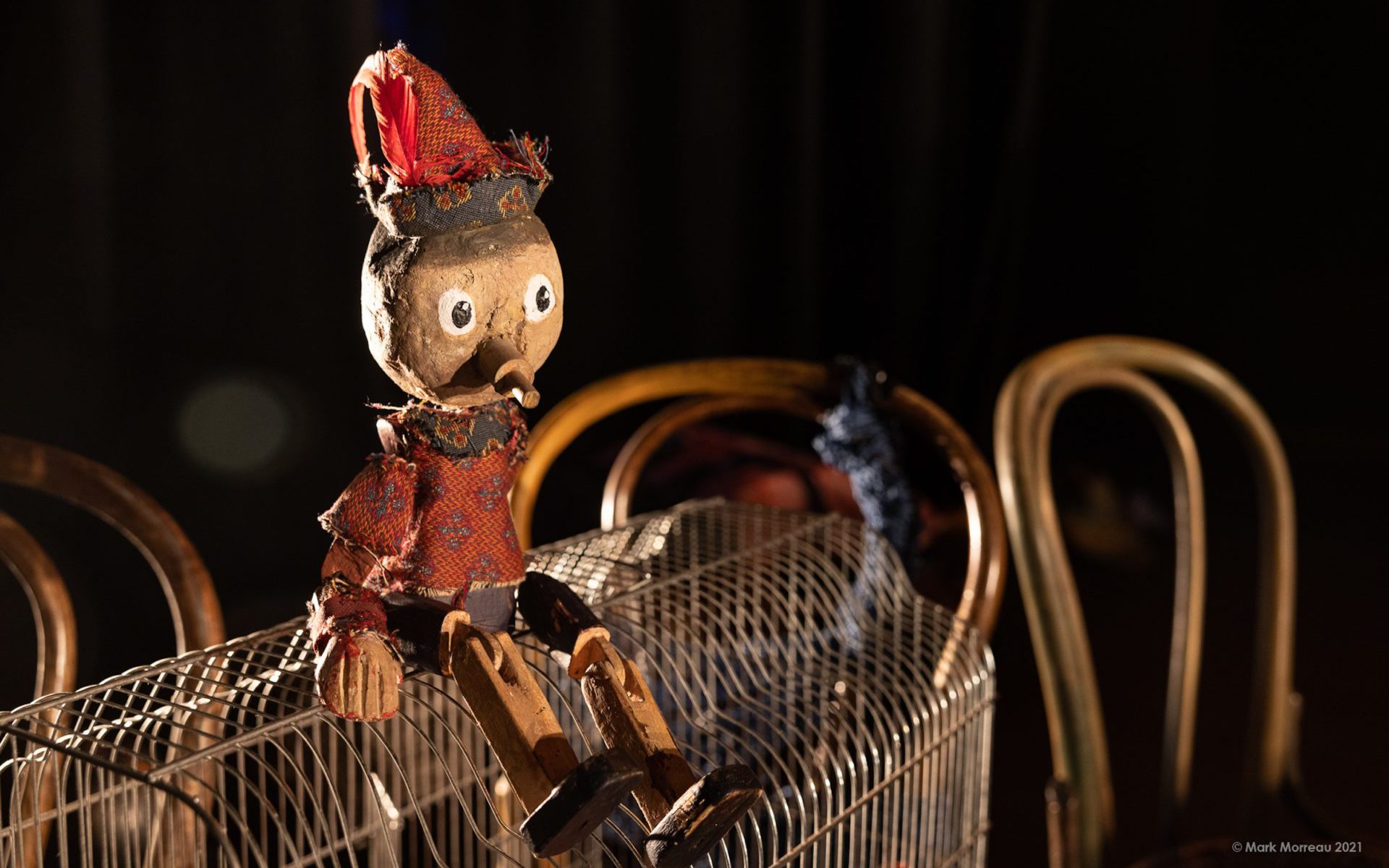 The story of the wooden puppet who dreams of becoming a real boy, Pinocchio has entertained children for generations with families everywhere treasuring memories of sharing the story.

The new adaptation of Carlo Collodi’s classic story that premieres at Lighthouse, Poole’s centre for the arts, on Saturday 2 October has all the elements of the story we all love and much more besides as it unpicks the broader themes of this timeless tale.

“We invite parents to invest their imaginations and enjoy this journey with their children,” says Niki McCretton, artistic director of Stuff & Nonsense, the Bridport-based theatre company whose contemporary takes on well-known tales including Gingerbread Man, The Elves and the Shoemaker and The Emperor’s New Clothes, have been seen by more than 300,000 people and placed them at the forefront of family theatre in the UK.

“We want as wide an audience as possible to come and see this show, regardless of whether they’re regular theatre-goers. We’ve all heard of Pinocchio so there’s the familiarity of the story and an audience of families that know and trust Lighthouse, then they encounter something that might not be quite what they think they’re expecting.”

Stuff & Nonsense started work on what is their biggest production to date long before the first lockdown in 2020, working with children to plot a course through Carlo Collodi’s original 19th century story, following where the fascinations and playfulness of young people took them.

“I’ve worked, studied and researched children’s creative practice for years and in that time I’ve learned to follow the smoke – to see where the play takes you,”
Niki explains. “We always work with children in devising our plays and they have the most amazing ideas, so although you can guide the play, by getting involved and joining in you are open to so much more.”

At its core, Pinocchio is the story of a father and son. Pinocchio is always learning, trying to find ways through tricky situations without many people to guide him. It’s a story of survival in a surreal world and this extraordinary new adaptation is another unique and playful take a story that we think we know.

Highly physical, it involves the Stuff & Nonsense staples of puppetry and live music, as three actors representing father, son and grandfather find themselves in a grand, old, abandoned house. The show centres around a large dining table, the heart of family life, that becomes the performers’ playground crammed with visual surprises, hidden drawers and compartments providing unexpected opportunities for puppets to pop out and the actors to jump, flip and spin on and over.

“Our Pinocchio puppet is more like a superhero because he’s on really long rods so he can out-leap all these incredibly physical actors,” adds Niki.

“It’s one of the lesser-known aspects of the Pinocchio story that when he becomes a real boy he actually sees his puppet self on the chair and thinks how ridiculous it looks, so we’ve incorporated that element of the story into our production. With the grandfather, the father and son and Pinocchio is the middle one, so his father talks about him being made of wood when he was a little boy.”

Following its premiere at Lighthouse, Pinocchio will tour the UK then play the Theatre Royal Plymouth at Christmas 2022.

“As with all arts organisations the last 12 months have been really difficult for Stuff & Nonsense, but we have had the time to take stock and think more strategically about what we are doing and that has been very beneficial,” explains Niki.

“We’re now working with the two most important theatres in the south-west – Lighthouse and the Theatre Royal Plymouth, our co-producers – and I am so proud to be able to premiere Pinocchio on the main stage at Lighthouse and for Lighthouse to have invested so wholeheartedly in the play. This is real creative work – rich, exciting theatre with full production values and it’s for everyone, from babies to grandparents!”