Premier League promotion is “everything” for Cook 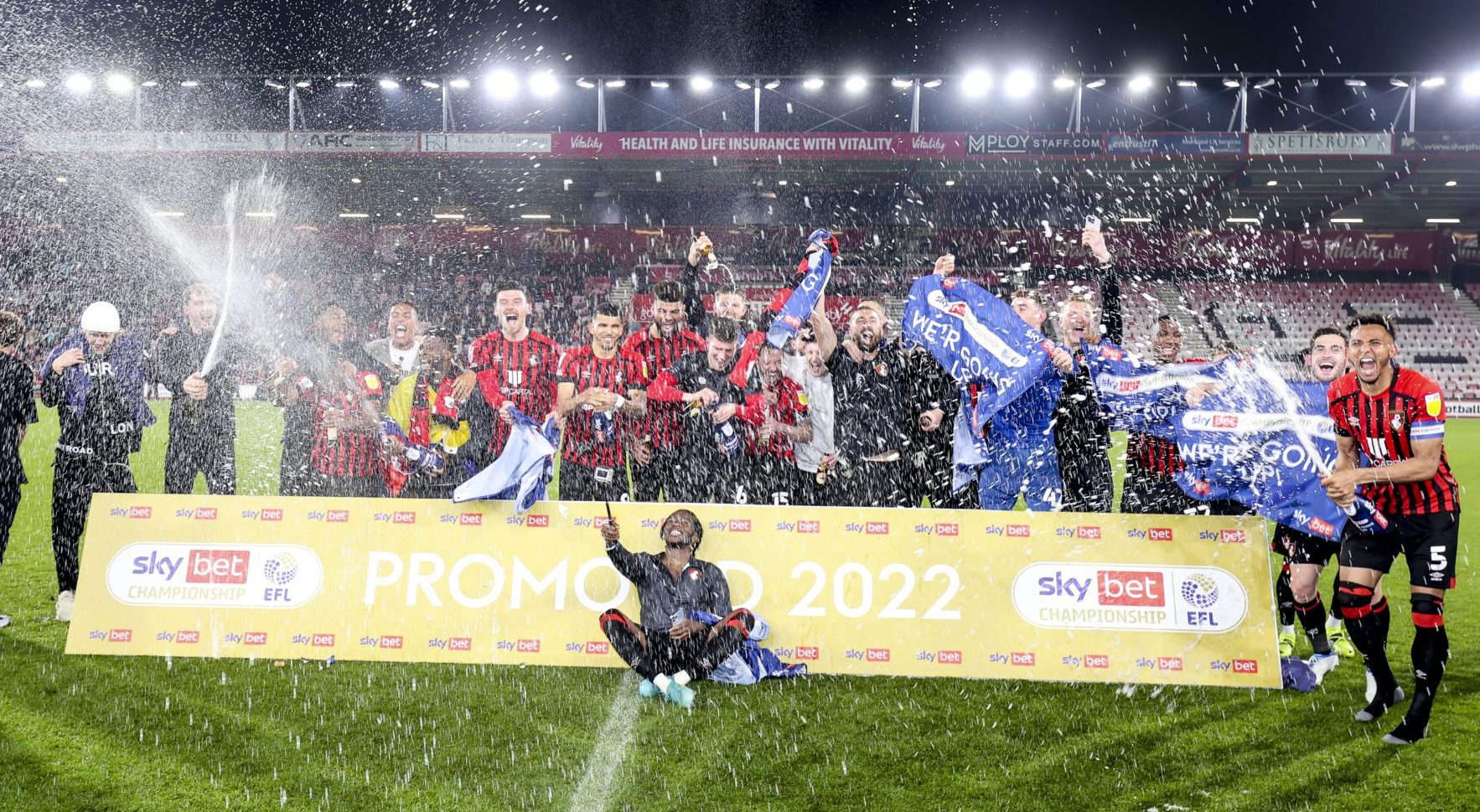 AFC Bournemouth midfielder Lewis Cook has claimed that promotion to the Premier League is “everything” for the Englishman.

Having played in the top flight for the Cherries across four separate seasons, Cook was delighted to return to the Premier League following the full-time whistle.

He told afcb.co.uk: “I’m just so glad to be back there with the lights, the stadiums; it’s everything. The Premier League is every boy’s dream.

“I can start watching Match of the Day again and just enjoy it!”

With promotion secured in the 1-0 victory over Nottingham Forest, the 25-year-old middleman revealed his thoughts were solely on the win ahead of kick-off.

“It was such a hard game and it’s been such a hard season,” he explained. “The lads have been fantastic, the staff and the players, they work so hard and I’m just so happy.

“I was coming into the game envisaging this moment and I’m just delighted for everyone.

“I was a little bit nervous before the game, and I tried to sleep during the day. I was trying to sleep with my eyes open; I couldn’t do anything!

“But we were great today and we did everything we had to do, I’m just delighted for everyone.”

Having returned from his Anterior Cruciate Ligament rupture earlier this season, Cook has been a mainstay in the side since November.

Following his long road to recovery, the former Leeds United man shared that returning from his injury wasn’t far from his thoughts.

Cook explained: “We had a meeting beforehand and the gaffer did a little speech – he always does – I was reflecting then about where I was about a year and a half ago.

“I could never have imagined being where I am now, so thank you to all of the staff and the physios especially.

“It’s been a tough time, but I’m delighted where I’m at now.”