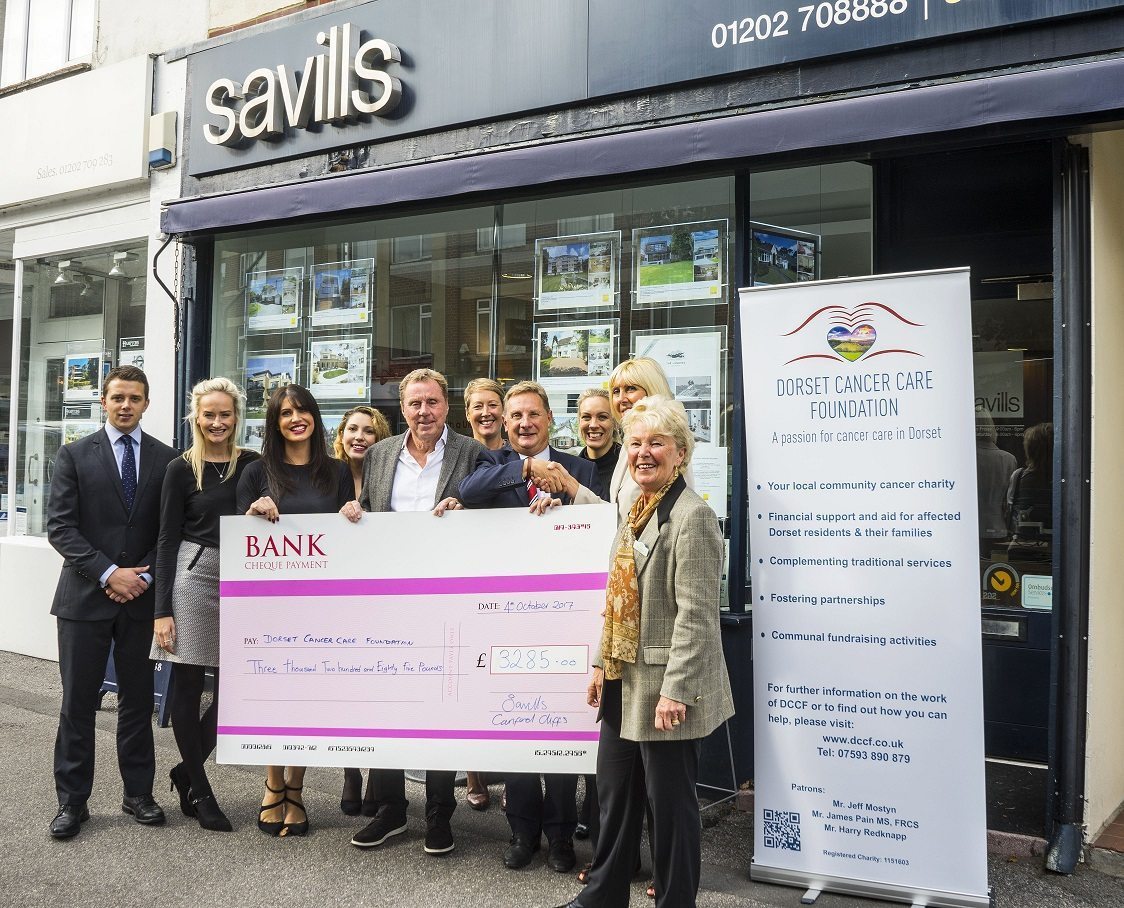 HARRY Redknapp swung by Savills in Canford Cliffs to thank staff for cycling the equivalent distance to St Tropez for a charity he supports.

Savills is a long term supporter of DCCF and presented Harry with a cheque for £3285 raised during their latest fundraising event – a 932-mile static cycle ride.

The 11-strong team of property specialists told Harry how they took it in turns to pedal the distance from their office in Haven Road, Canford Cliffs to the company’s St Tropez office in the South of France.

The challenge took place during office hours over four days in September and was greeted by donations from shoppers and hoots of encouragement from passing motorists.

Marketing coordinator Pippa Leech said: “This was our biggest charity challenge to date and was a real team effort. It was fabulous to tell Harry all about it and hand the fruits of our labours over to him. He was really impressed.”

Dorset Cancer Care Foundation was set up in 2012 by three local women, Pam Jeffries, Eve Went and Leslie-May Harrison, to provide practical help for people and families affected by cancer.

Every penny raised by the charity stays in Dorset and helps fund individual grants for anything from patients’ travel to and from hospital, to short breaks and household bills.

This was the second time the Savills team have ‘cycled’ for DCCF – In 2015 they rode 874 miles in three days, the distance from Land’s End to John O’Groats.

The team has also raised money for DCCF through coffee mornings and by attending the charity’s events.